Otham Farm in Kent has been rescued, altered and extended again and again. It has now been restored and its gardens salvaged, returning it to a stunning family home. Penny Churchill reports.

Almost exactly 100 years ago, a lengthy article in Country Life by the architect and architectural historian Philip Mainwaring Johnston (August 30, 1919) traced the history of Otham Manor at Otham, near Bearsted, Kent. From origins as a late-14th-century Wealden hall house, the property was enlarged in the 16th century, split into cottages in the 18th century and rescued, altered and further extended in the early 20th century. 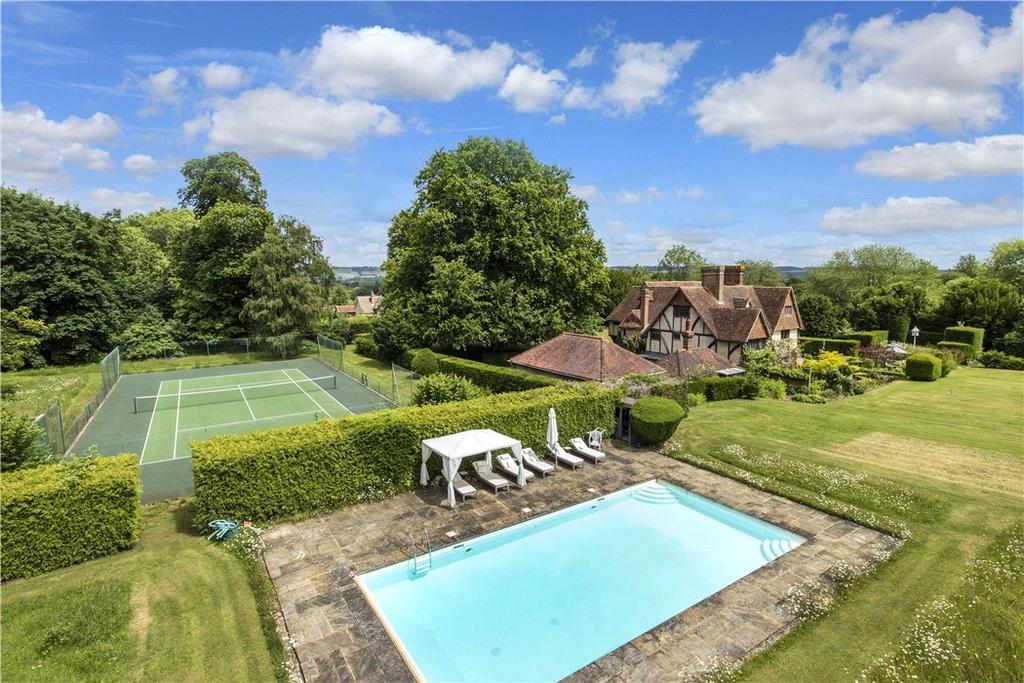 Mixed fortunes in the later 20th century saw the house, alternatively known as Wardes and listed Grade I, again reduced to a state of semi-dereliction by the early 1990s. It was then bought by current owners Dominic and Christine Fisher, who have painstaking restored and enhanced the house and gardens. Now, having decided to downsize and move back to London, the Fishers have placed their cherished, 650-year-old masterpiece on the market with Knight Frank at a guide price of £2.15 million. 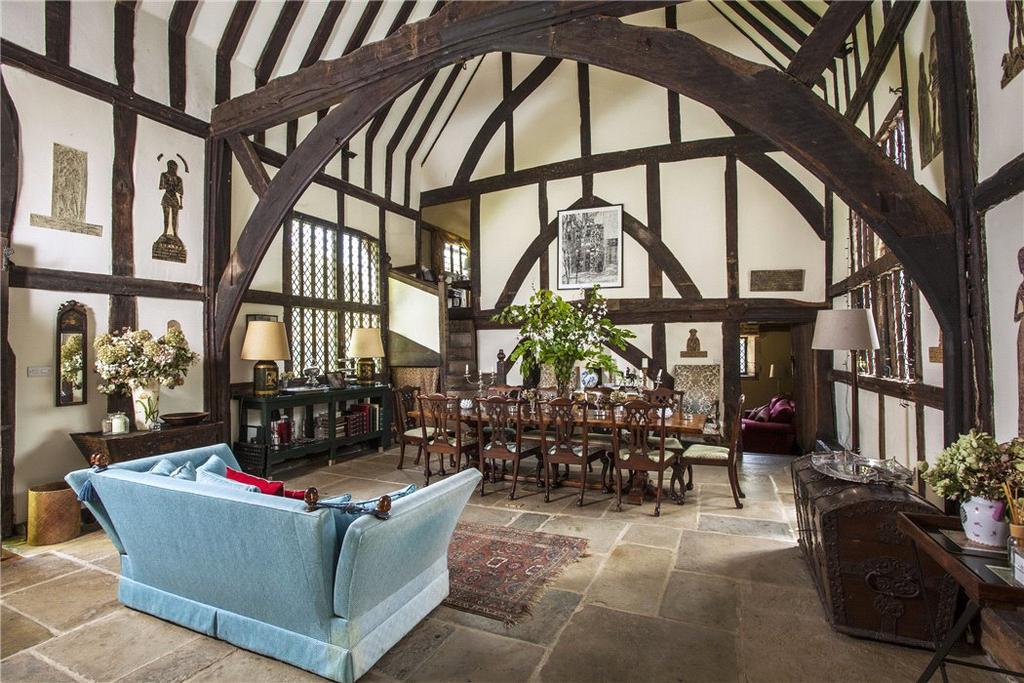 Wardes, as it was then known, was an L-shaped group of dilapidated, half-timbered cottages, when, in 1912, Sir Louis Mallet, then the British Ambassador in Constantinople, ‘detected amid the ruin and squalor the possibility of restoring an exceptionally fine old timber house to something like its pristine beauty’.

Dating from about 1370–80, it’s the earliest of several ancient houses in the pretty hilltop village of Otham that were saved from dereliction at the 11th hour – among them the 15th-century Synyards and Stoneacre, the latter – now owned by the National Trust.

Otham Manor sits discreetly at the southern end of the village, unseen until one enters the drive. For the purist, the most interesting feature of the house is probably the 14th-century section, which runs from north to south and is ‘a practically perfect example of a timber house of Edward III’s reign – not the largest or the small type of house, but the comparatively rare type of intermediate size, inhabited by the less important gentry, the prosperous merchant or yeoman, who seem to have thriven especially in Kent at this time’. 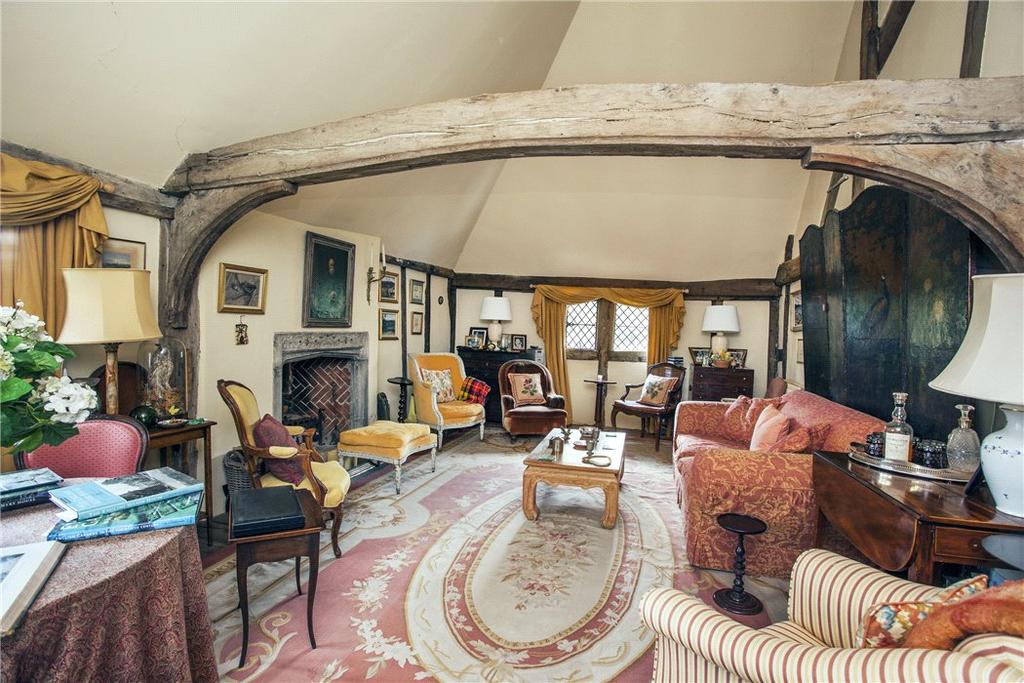 Architecturally, compared with the south, the north front is perceived to be the more complete, as it retains the central space occupied by the Great Hall and the east and west double-storey wings. The late-16th-century timber-framed rear wing runs west from the end of the north bay, which it slightly overlaps, with the 1912 extension attached to the north side of the 16th-century wing. 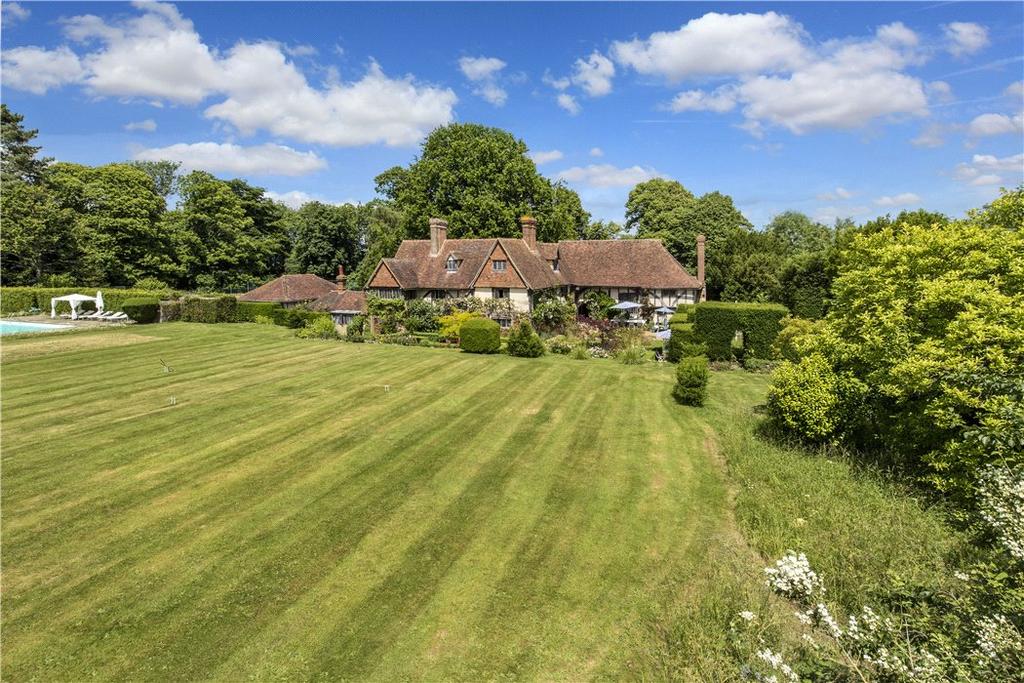 Passing out by the south door through the formal garden, today’s visitor can still get a perfect view of the south front of the original hall and its long Elizabethan wing, with the modern (1912) additions in admirable harmony on the left.

The highlight of the Elizabethan wing is the lovely old sitting room, with its heavy timbers, wide open fireplace and cleverly painted frieze by Philip Tilden, whose career as an architect and interior decorator was boosted by a series of well-connected patrons, among them Sir Louis Mallet. 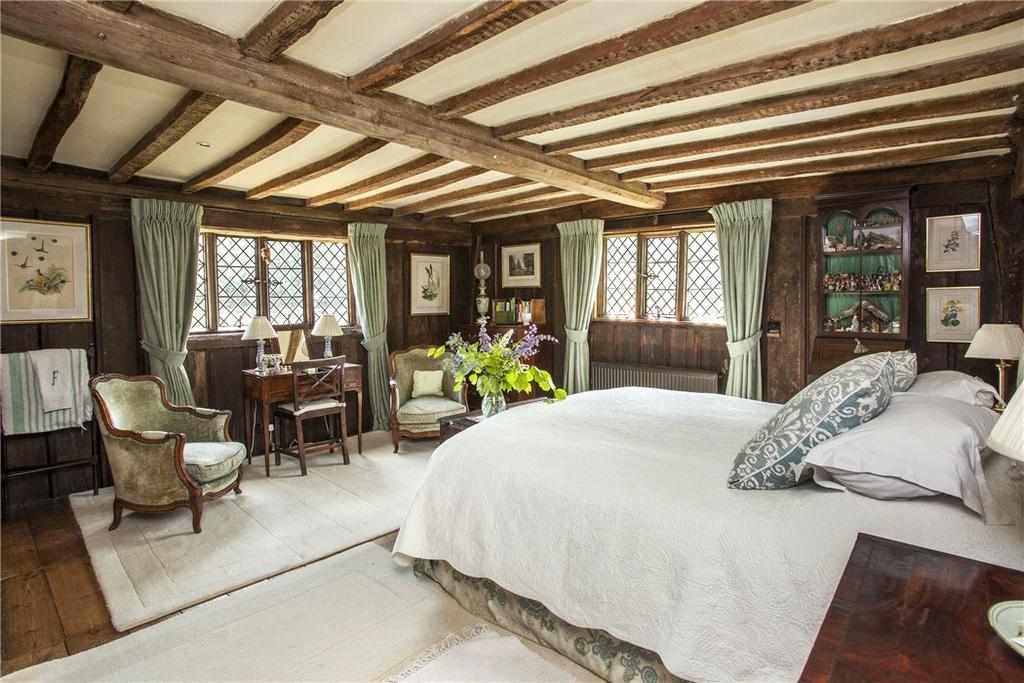 A door to the right of the great fireplace leads to the former dining room, which is now the kitchen – a pleasant room, almost square in shape with a beamed ceiling and mullioned windows.

Sir Louis died in 1936, by which time his beloved Wardes had already had a succession of distinguished owners, until, in the 1950s, the market for large country houses collapsed, and rural seats were being sold for a fraction of their former value. 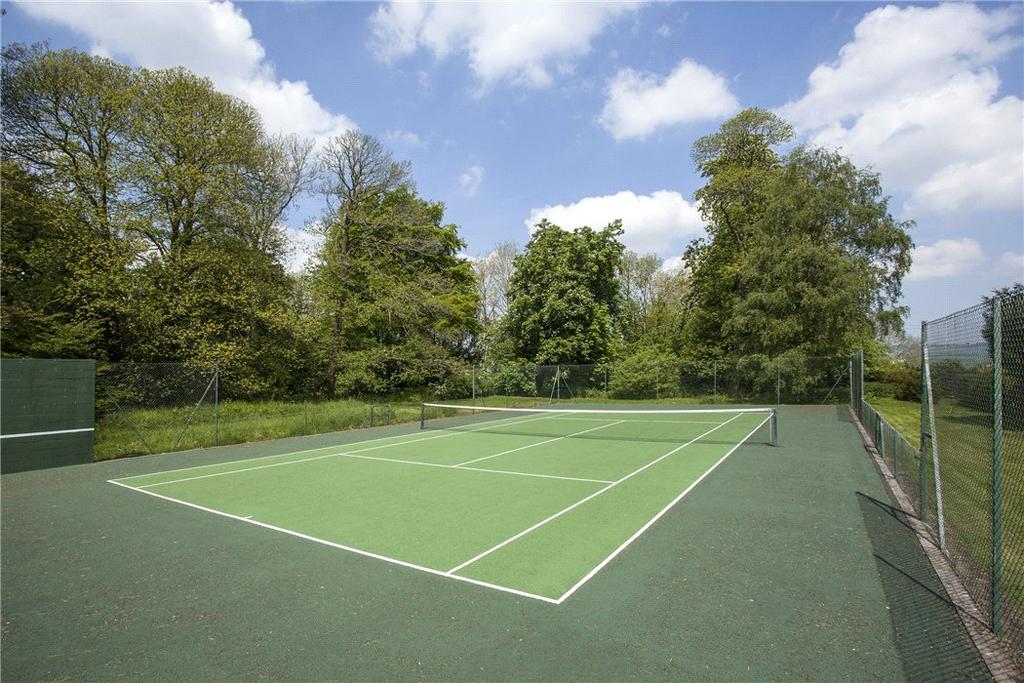 In May 1957, an advertisement in Country Life offered the charming old half-timbered manor house for sale at a ‘Knock-out’ price of £7,950 through Osborn & Mercer. Described as ‘Easily the Greatest Bargain in the Market’, it boasted a ‘magnificent Great Hall, 4 reception rooms, 5 principal and 4 secondary bedrooms and 3 bathrooms, plus mains electricity and water’.

It’s fair to assume that Sir Louis would still be spinning in his grave had Mr and Mrs Fisher not picked up the pieces at Otham Manor when it came back to the market ‘in a shocking state’ in 1992, having been seriously neglected for many years. They completed the purchase in January 1993 and embarked on the mammoth task of renovating the house and gardens. By then, the latter were non-existent. 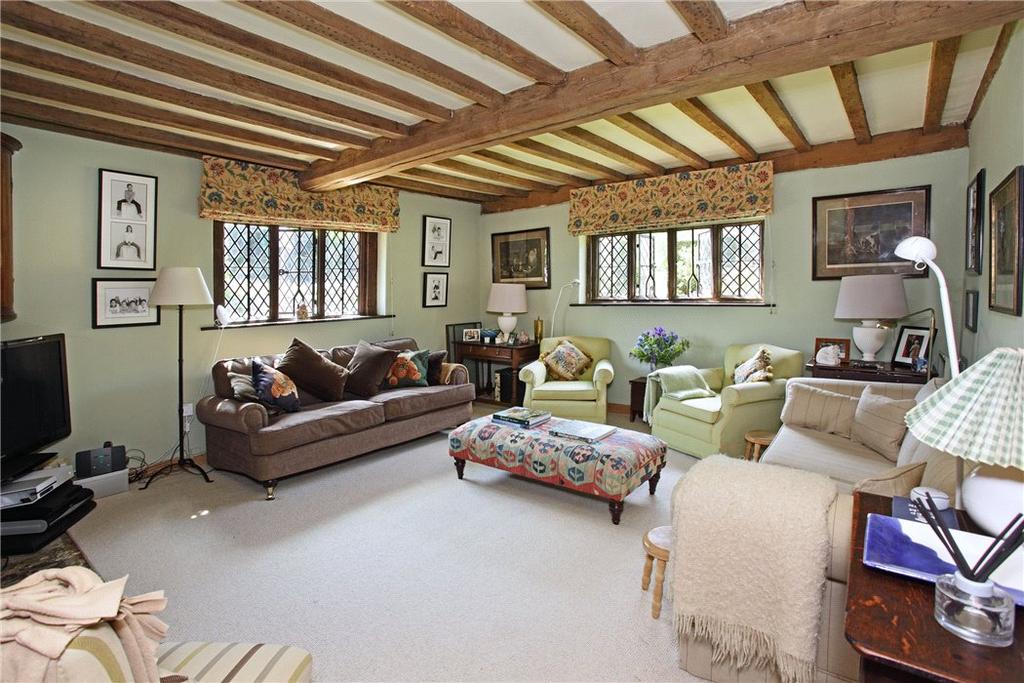 ‘We set about the work in phases – re-plumbing, rewiring, upgrading bathrooms, installing a new kitchen and a self-contained annexe and, finally, rebuilding the roof – in 2012. The gardens were a complete wilderness, but, gradually, we got things under control and, once again, they form a wonderful backdrop to the house,’ Mrs Fisher says, with justifiable pride.

Otham Manor is on the market with Knight Frank at a guide price of £2.15 million. For more information and images, click here.

Castle Tar must be one of the smallest 'castles' for sale in Britain today, but what it lacks in scale