Salisbury spent much of last year making headlines around the world, but as the dust has settled normal life has returned – and the property market is up and running again, as demonstrated by De Vaux House appearing on the market.

In his inimitable Notes from a Small Island, first published in 1995, the British-American author Bill Bryson describes Salisbury Cathedral, Wiltshire, as ‘the single most beautiful structure in England and the Close around it the most beautiful space’.

Small wonder, then, that over the years, many of the fine historic houses located in and around the Close have been bought and cherished by Anglophile Americans, for whom this tranquil cathedral city typifies all that is best about England, its culture and its people. 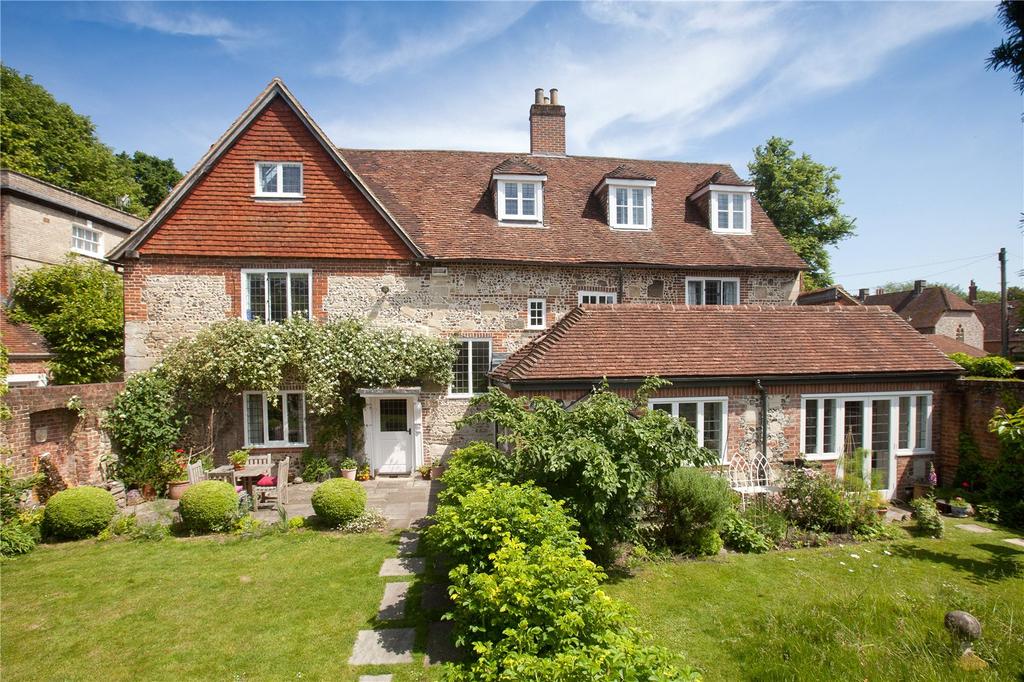 One such American is Lloyd Slater, the owner of De Vaux House at 6, St Nicholas Road, Salisbury – currently on the market at £1.5 million – which stands just beyond the southern walls of the 80-acre Close.

One of Salisbury’s oldest residential buildings, Grade II*-listed De Vaux House and its neighbours, No 8, St Nicholas Road and No 9, De Vaux Place, were originally part of the College of De Valle founded by Bishop Giles Bridport in 1261 as a theological institution that flourished there until the Dissolution. 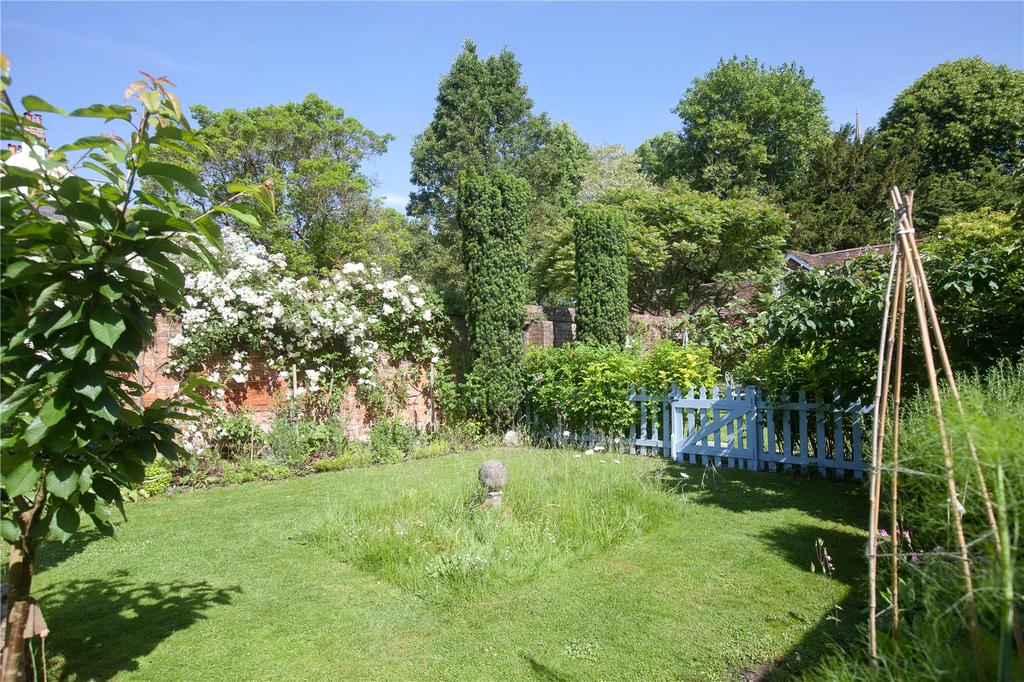 Interestingly, De Vaux House is the second house in St Nicholas Road to be owned by the Slater family, who first moved there from Windsor some 18 years ago.

Now, with their son and daughter both working mainly abroad, Mr Slater and his wife, Elizabeth, have their eye on a third, smaller house in the very same street while Strutt & Parker and Savills attempt to find a buyer for their immaculate, six-bedroom home. 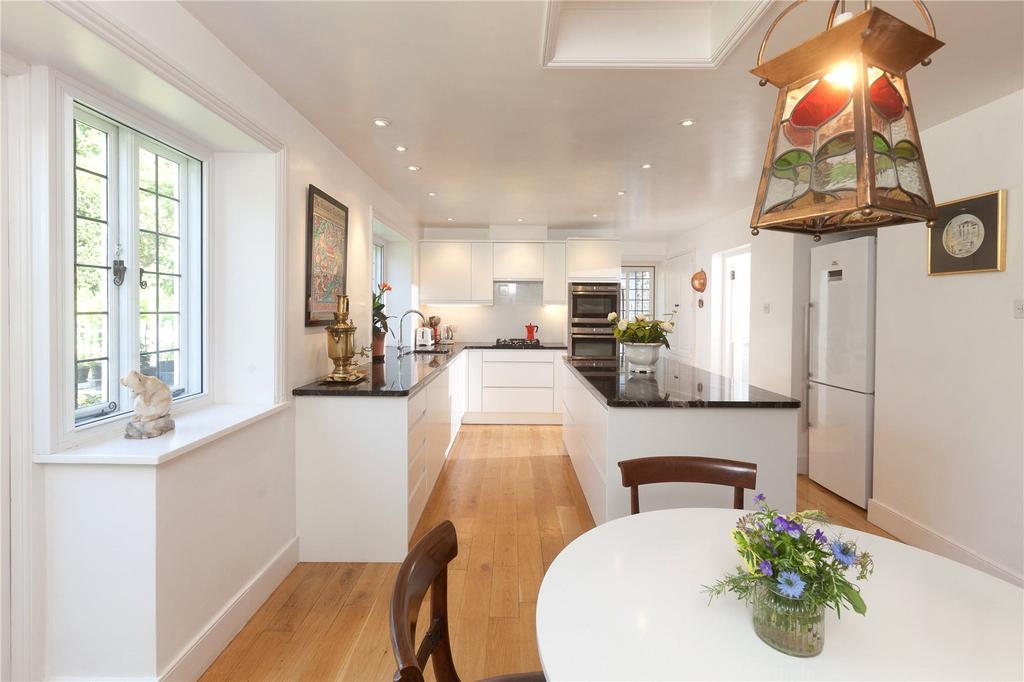 Under normal circumstances, arranging the sale of a beautifully restored family house with a lovely walled garden within the ‘liberty’ of Salisbury Cathedral Close – an ancient statute that gives owners the right to baptism, marriage and burial within its walls and their own key to the gates when closed – would be ‘a stroll in the park’ for any estate agent worth his salt.

However, for the people of Salisbury, the events that began with the poisoning of Sergei Skripal and his daughter Yulia on March 4, 2018, have been anything but normal. 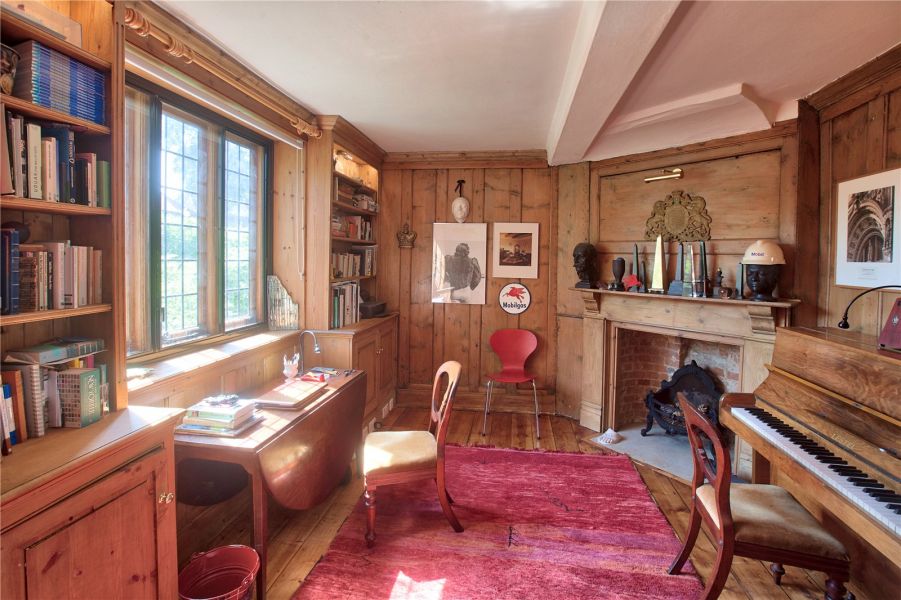 Mr Slater explains: ‘Until quite recently, any mention of Salisbury would probably conjure up images of a soaring cathedral and a semi-rural Close surrounded by some of England’s most desirable houses. Then, less than a year ago, the perception of the city hailed in a 2002 Country Life survey for framing “England’s best view” altered dramatically.’ 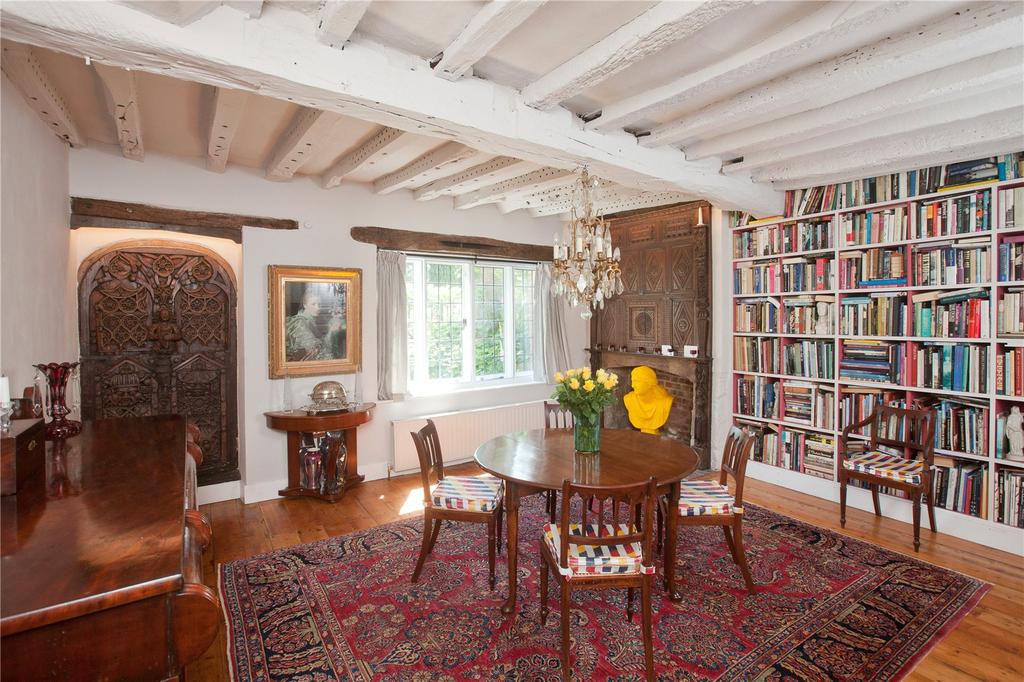 ‘However, even before the Skripal affair, Salisbury was in the doldrums,’ he continues. ‘And, although the great set pieces such as the Cathedral and Stonehenge were still attracting visitors, the city was more or less resting on its laurels. Although no one could have anticipated – or welcomed – the events of 2018, their effect hasn’t been entirely negative and Salisbury is changing for the better.’ 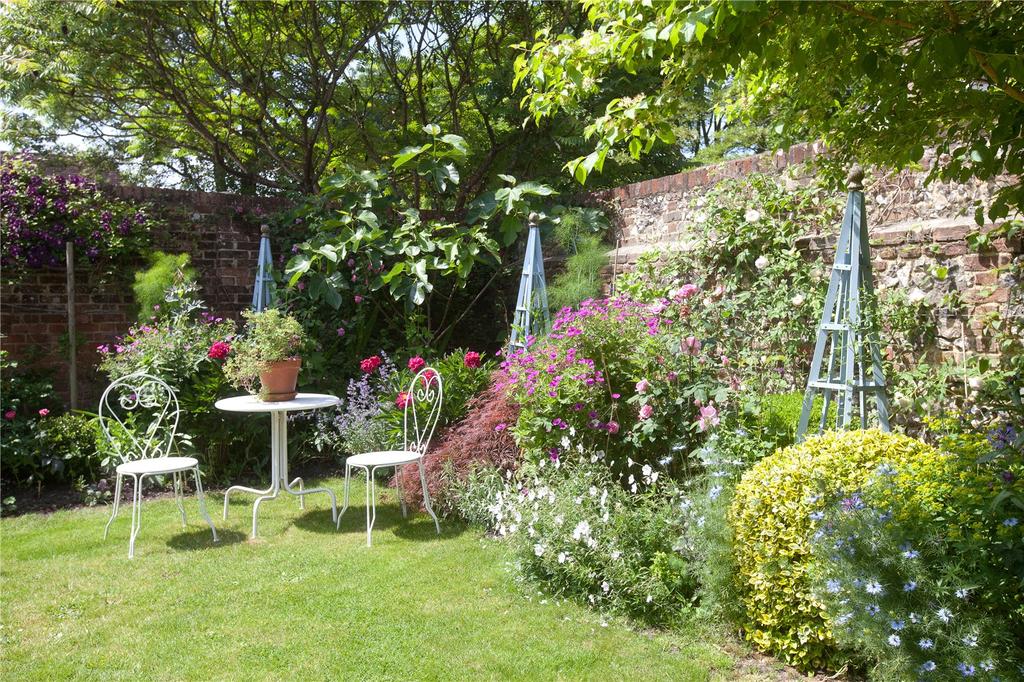 According to Mr Slater, who’s actively involved in community affairs, central, regional and local government have been galvanised to ensure the city’s recovery. Plans have been announced for a £69 million overhaul of one of its central shopping areas, the historic High Street is due a revamp and a £7 million fund is helping businesses in the short term. 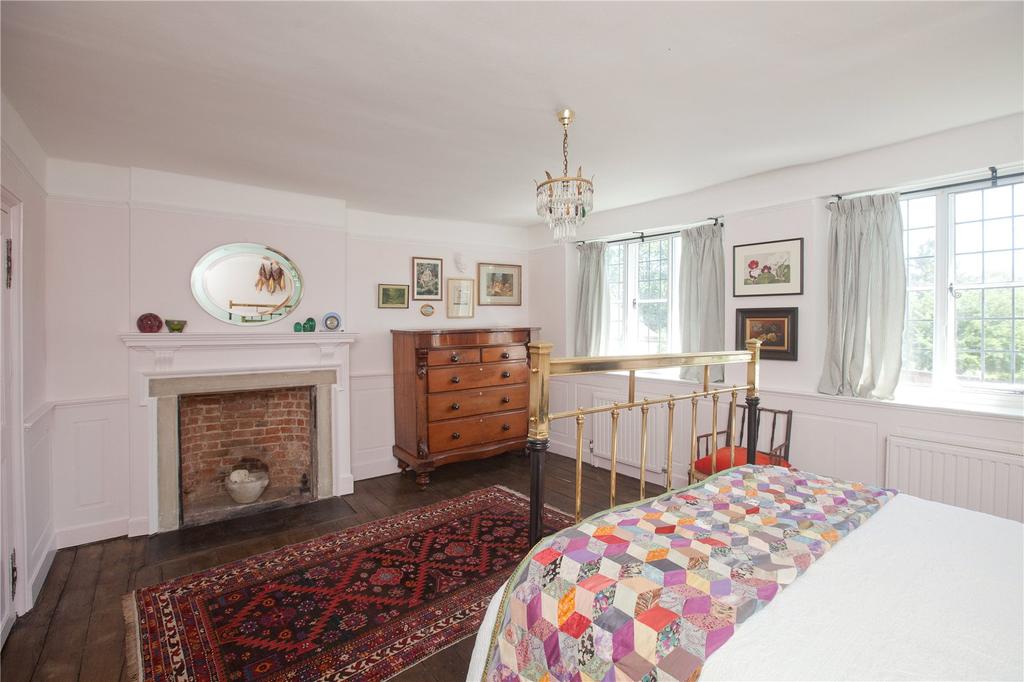 The Dean and Chapter of Salisbury Cathedral have also been doing their bit. Under the leadership of newly installed Dean Nicholas Papadopulos, they launched a hugely successful Festival of Light in the Close throughout Advent, with residents illuminating their landmark houses in a ‘magical’ display. 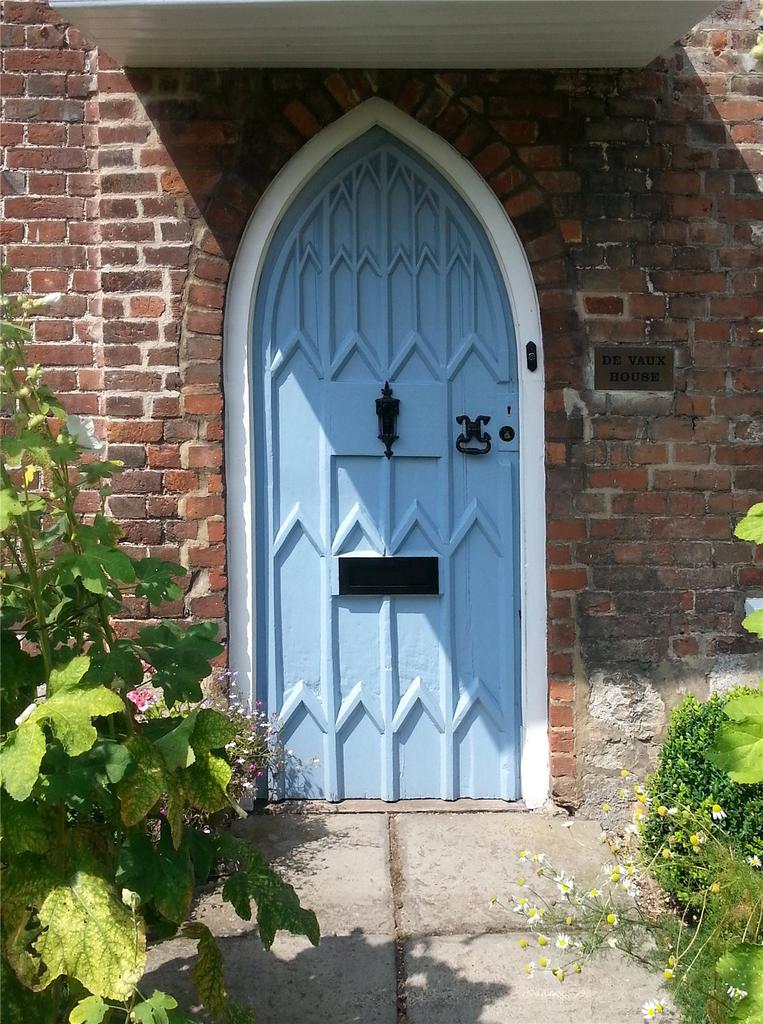 Inevitably, the events of the past 10 months have had an impact on house prices in the city, Mr Slater says, adding: ‘Although that’s not ideal for local people, it does offer a rare opportunity for those who want the quality of life that only an English cathedral city can offer.

With few bargains to be had in Winchester, St Albans or Bath, Salisbury now represents real value for money. The city is bouncing back from an extraordinary, one-off setback not of its own making and, before long, house prices will, too.’ 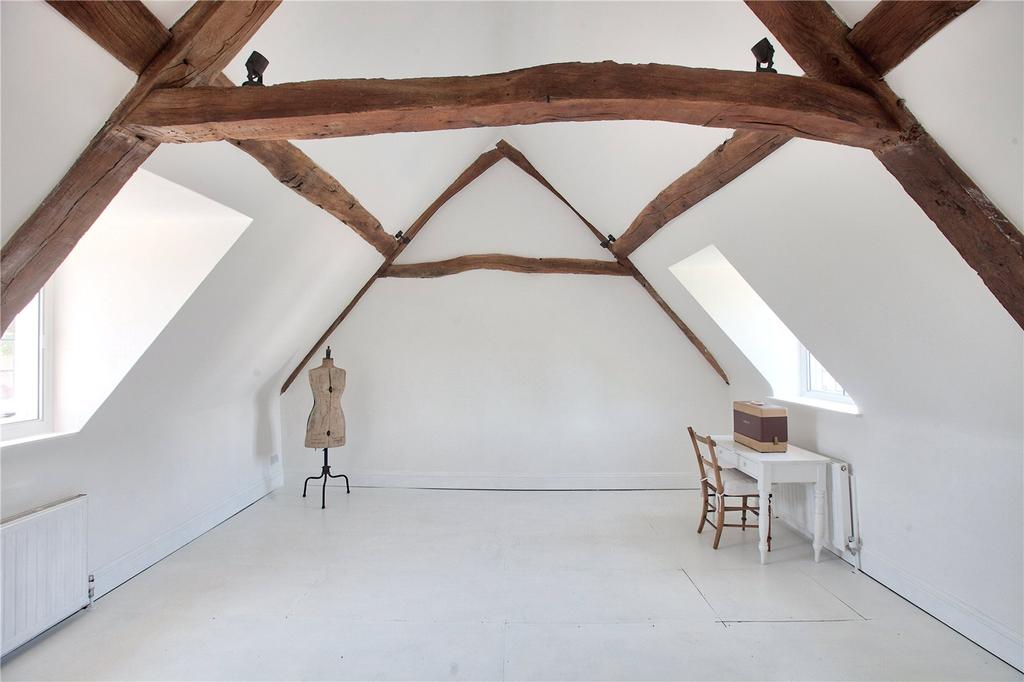 Coming from someone who, I’m reliably informed, helped to mastermind London’s successful bid for the 2012 Summer Olympics, this rare insight should not be taken lightly by aspiring residents of Salisbury’s most privileged quarter. Nor is De Vaux House itself likely to disappoint. 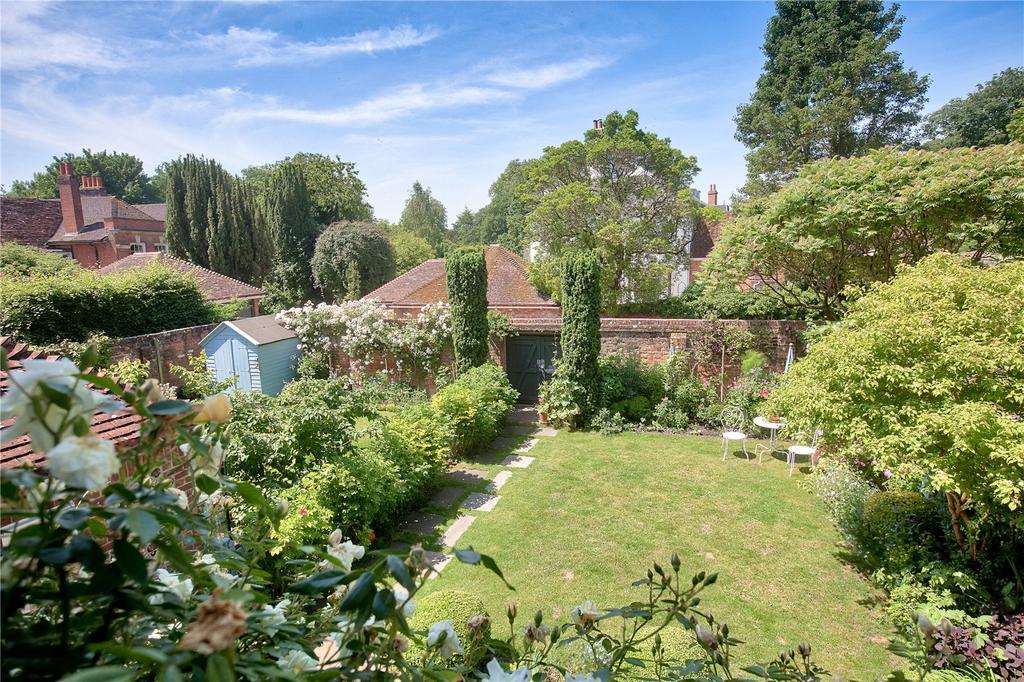 Highlights of the 3,519sq ft property, which has been expertly and sympathetically restored behind its elegant 18th-century façade in recent years, include the triple-aspect drawing room, which runs the full depth of the house, a panelled study that, like the drawing room, has original pine flooring and a corner fireplace, a dining room with a carved Jacobean fireplace, a range of built-in bookcases and a wonderful carved medieval door, and a bespoke kitchen/breakfast room with Brazilian-granite work surfaces and integrated Neff appliances.

De Vaux house is for sale at £1.5m – see more details via Strutt & Parker or Savills.

The beautiful Old Rectory in this village near Salisbury has come up for sale, a glorious Georgian house full of

After a 37 year odyssey, the once-dilapidated The Grange as been lovingly restored to its former glory - with the

Britain’s cathedral towns and cities are beautiful to look at, great to live in and well worthy of investment. Eleanor

Friday 26 October 2018 marks the centenary of Cecil Chubb's magnanimous gesture: turning Stonehenge over to the care of the