Stoke House, in Stoke St Mary near Taunton, has a setting to die for.

Let’s not beat around the bush: Stoke House, near Taunton, isn’t your typical period house. Not to put too fine a point on it, you might be wondering who stole the roof.

But fear not, loyal readers, for this five-bedroom country house near Taunton — which is for sale at £2m via Knight Frank — appears exactly as its creator intended, for this intriguing-looking house is a Georgian gem built around 1810 ‘for the agent of Lord Portman’, according to its Grade II listing.

Enough of the appearance of the building, for the key selling point of Stoke House is what you see when standing inside the house looking out, rather than the other way round. 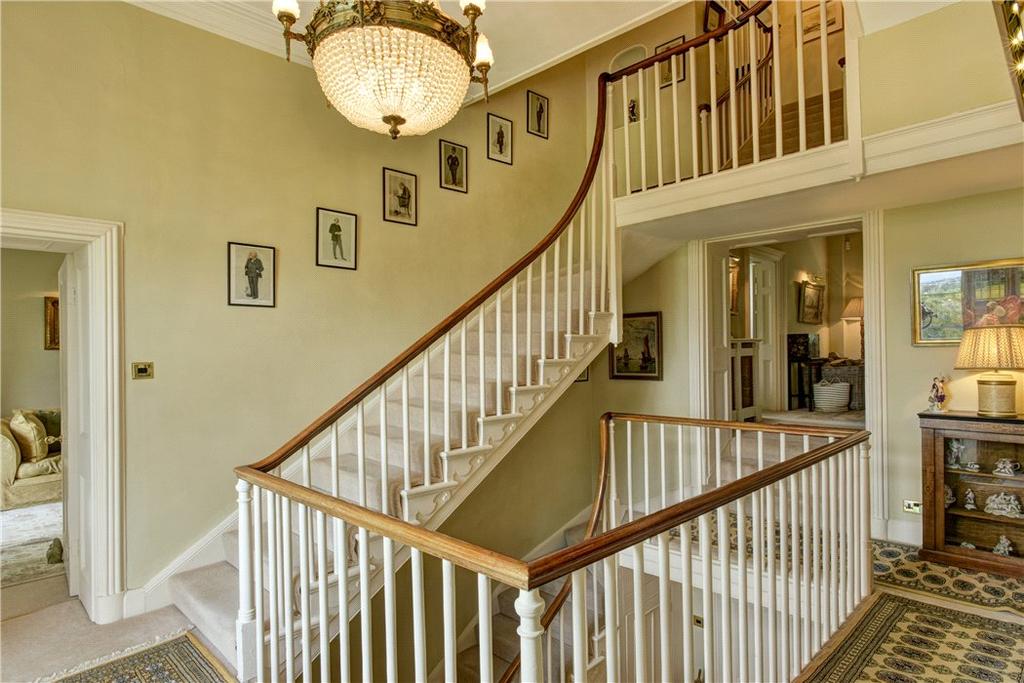 Pevsner described this home in the village of Stoke St Mary as ‘overlooking a huge view’, which, as understatements go, is the property equivalent of Michael Fish’s weather report of 1987: perched on the hillside, the lookout is simply magnificent. 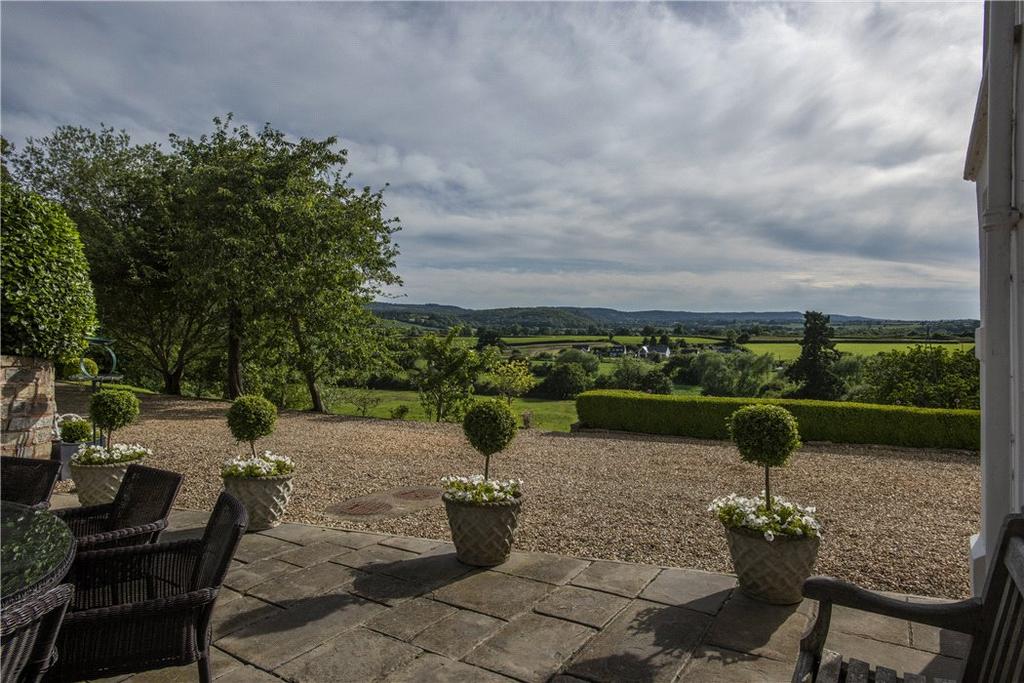 Although you might feel that the view alone is worth the price, the interior of this five-bedroom house is a joy, and in superb condition.

It offers five reception rooms — most of which are on the first floor, which also has that colonnaded balcony which you see at the top of this page — and three bathrooms over three floors, all of which have been renovated and modernised to a lovely standard. 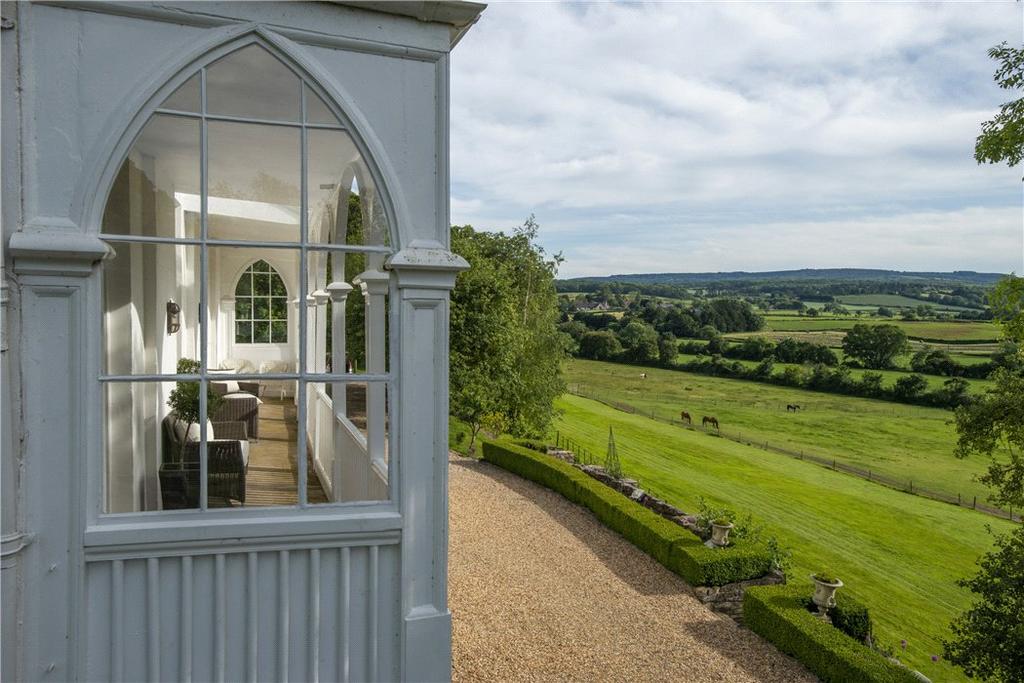 There are huge windows, high ceilings and sensitive touches — including archways to expand the feeling of space and light.

A central hall leads off to dining room and morning room, but the heart of the ground floor is the wonderful Smallbone kitchen, with wonderful flag stone floors, four-oven AGA, integrated appliances and doors leading to the formal gardens.

There are five bedrooms in total — one on the first floor, four on the second floor — including a master bedroom with its own dressing room and en-suite bathroom.

The gardens and grounds extend to some 10 acres, with a mixture of formal lawned areas and woodland. 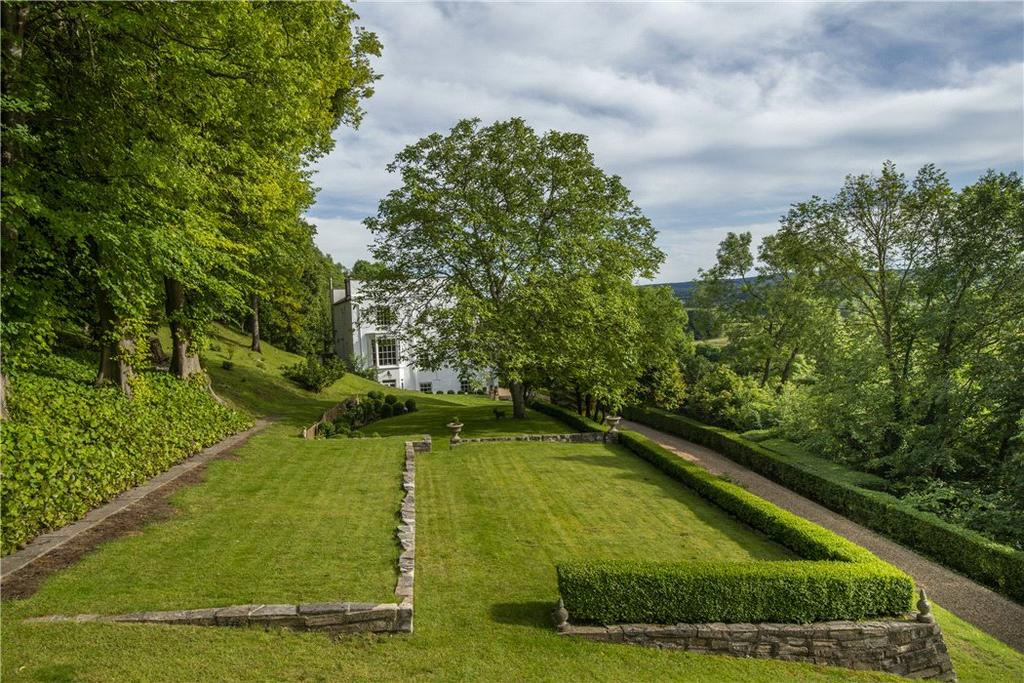 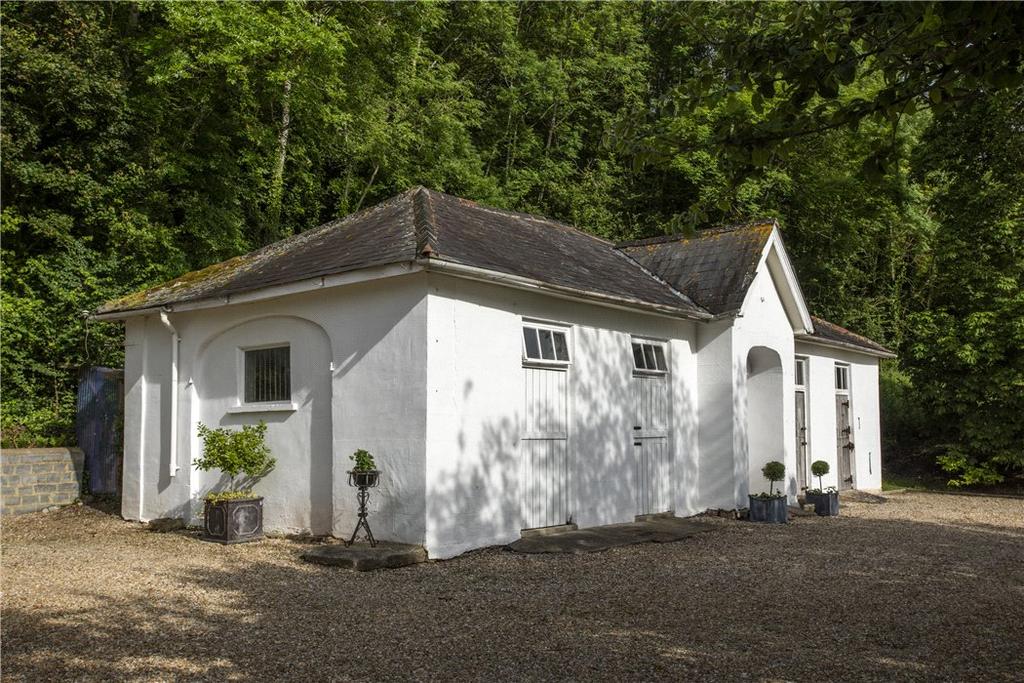 Taunton — with its excellent road and rail connections — is just four miles away, but the local villages have plenty to offer, including a primary school in nearby Thurlbear, just half a mile away.

Stoke House is for sale with Knight Frank at £2 million — see more details and pictures.

Furlong House is a dreamily elegant country house in Devon, immaculately finished with a pool, stables and a dozen acres