The Kent manor which you'll find The Moat in Benenden has a history which stretches back over a millennium — but the house itself has almost certainly never been grander as Penny Churchill explains.

William the Conqueror’s brother, Odo, was for a decade the second-most powerful man in England during the Conqueror’s reign. Nominally a cleric — he was made Bishop of Bayeux in 1049 — his reputation was won as a warrior and a statesman, and he served as regent of England several times when William returned to Normandy.

He owned vast lands across England, in particular as Earl of Kent, but it wasn’t enough: he was convicted of trying to defraud both Crown and Church in 1076, and surrendered most of his property as a consequence. Among those properties was the manor of Benenden, where a fittingly grand and medieval-looking home is now for sale: The Moat, which is on the market with Knight Frank at £4 million. 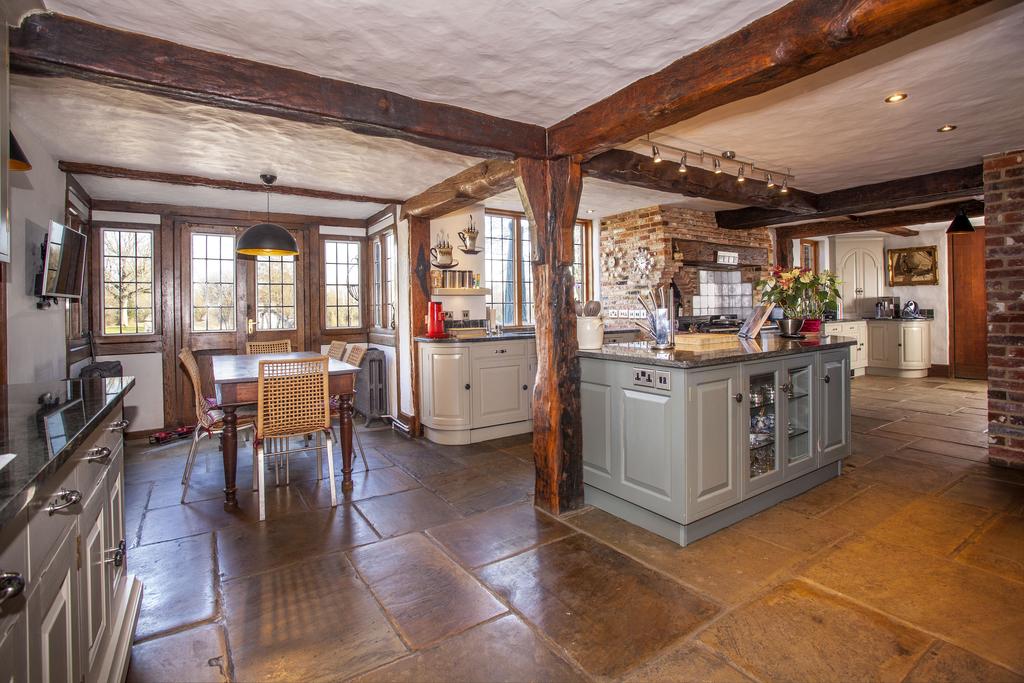 The Moat isn’t as old as the Norman conquest, but its history nonetheless stretches back over more than half a millennium. It was built as a Wealden hall house in the late 15th century; substantial, Georgian-style additions were added in the 20th century. 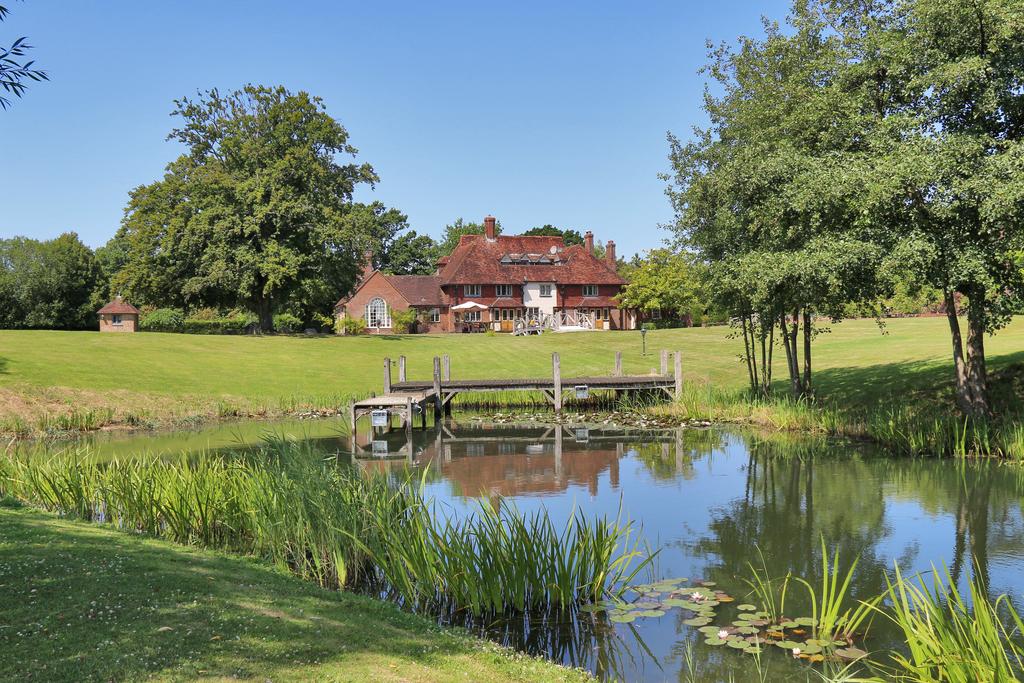 In 1858, when Gathorne Hardy, later Lord Cranbrook, bought the Hempsted estate, Moat Farm remained with the then Lord Rothermere until 1912, when it was finally split up and sold off in bits.

The present owners of The Moat have spent considerable time, money and effort restoring the house to its original condition and reinstating the very moat from which it takes its name. They have also set out to piece together the original estate as it was known in 1795, buying further land to the north and east to create what is now an exceptional 110-acre property. 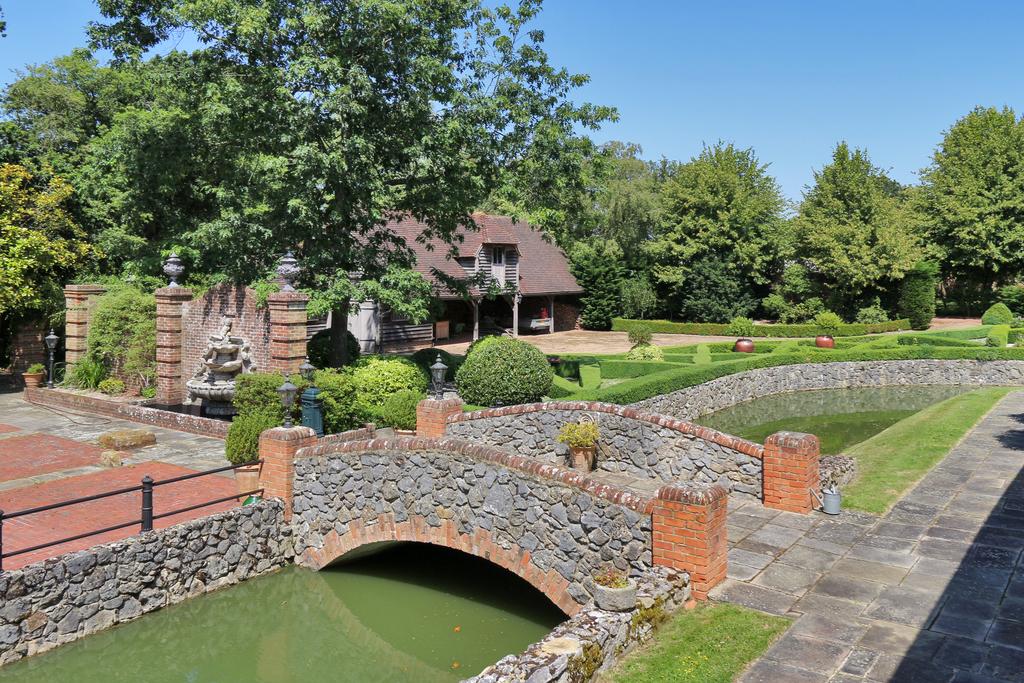 The picturesque, 7,274sq ft main house has accommodation on three floors, including five reception rooms, a kitchen/breakfast room and a dining room with a beautiful trompe-l’œil ceiling. 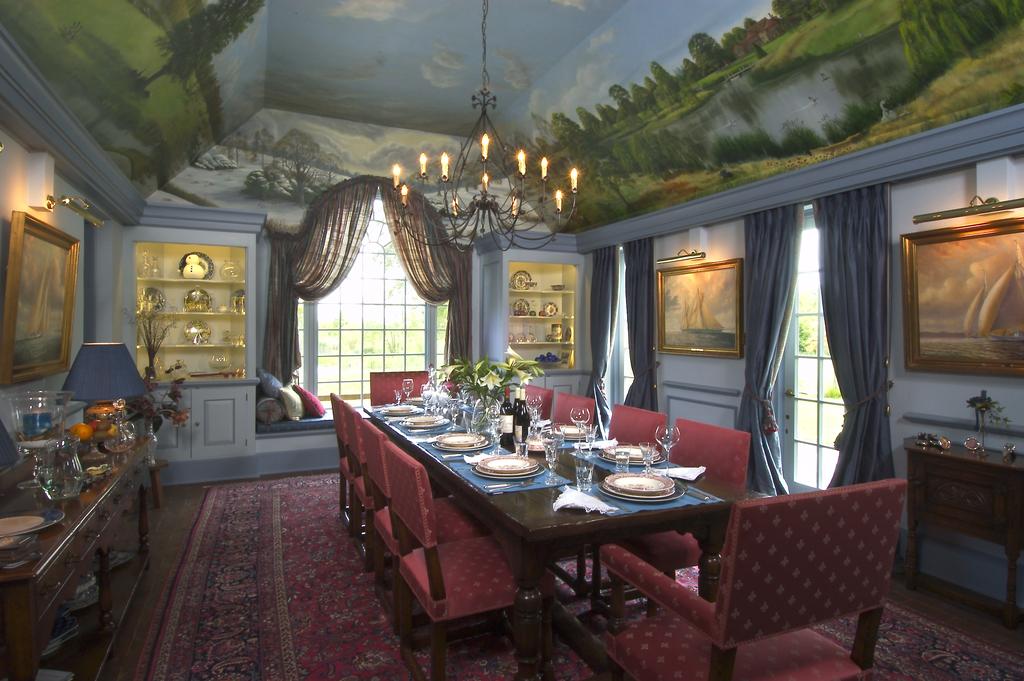 Across the first and second floors are a grand master suite, seven further bedrooms and three further bathrooms. 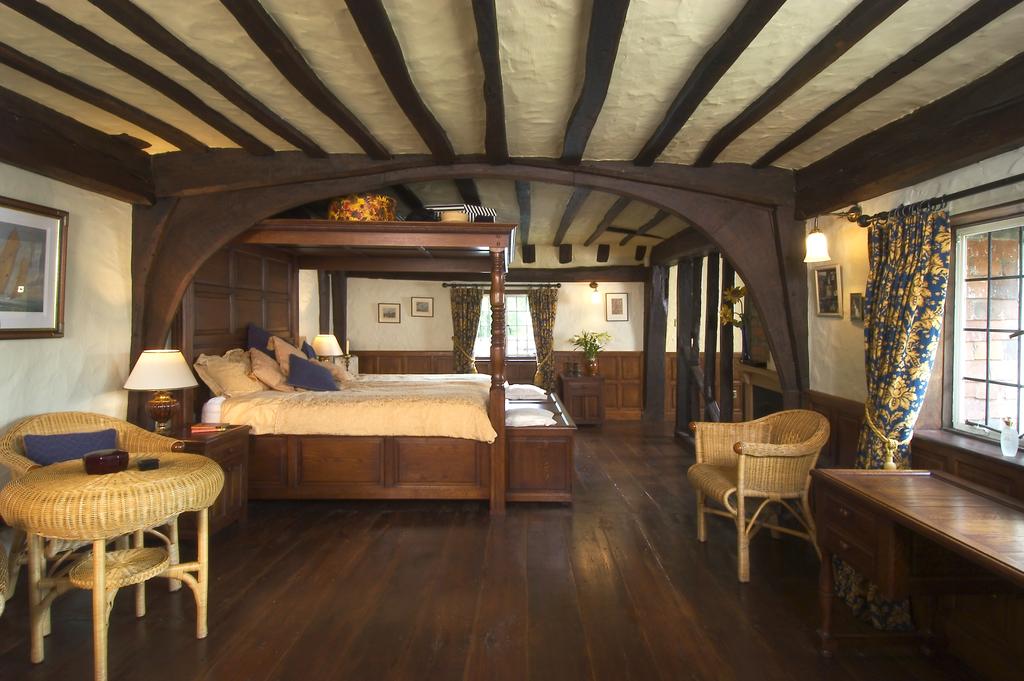 The house is set in exquisite formal gardens and grounds that comprise a walled garden, ponds, a lake, paddocks and woodland. 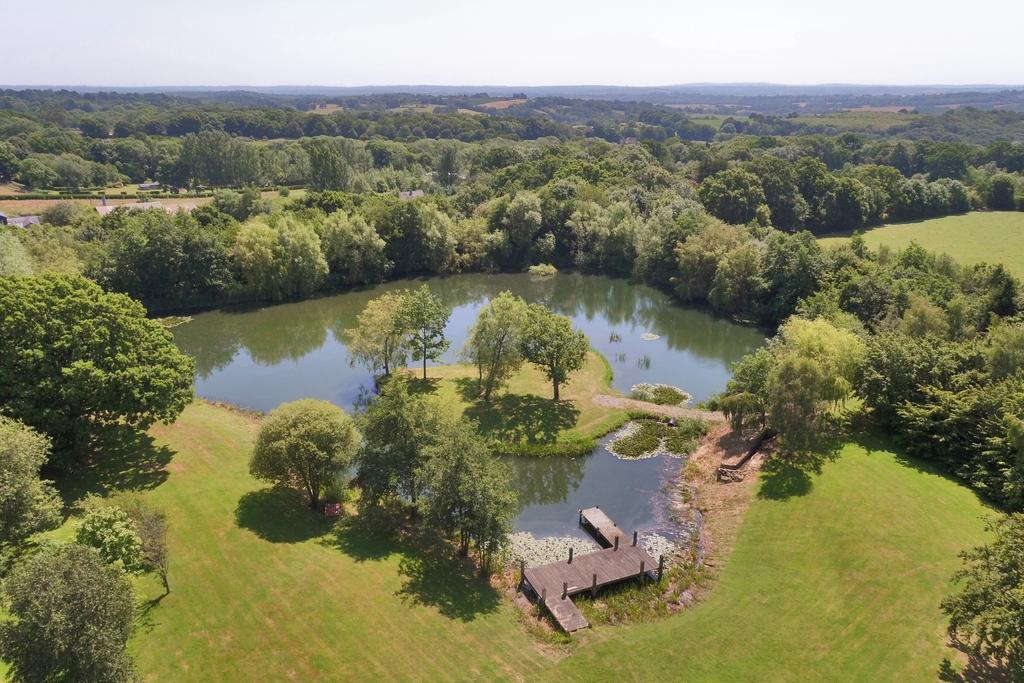 The property comes with extensive outbuildings, including a coach house and — somewhat incredibly — both a spectacular car museum and a fully-fitted pub. 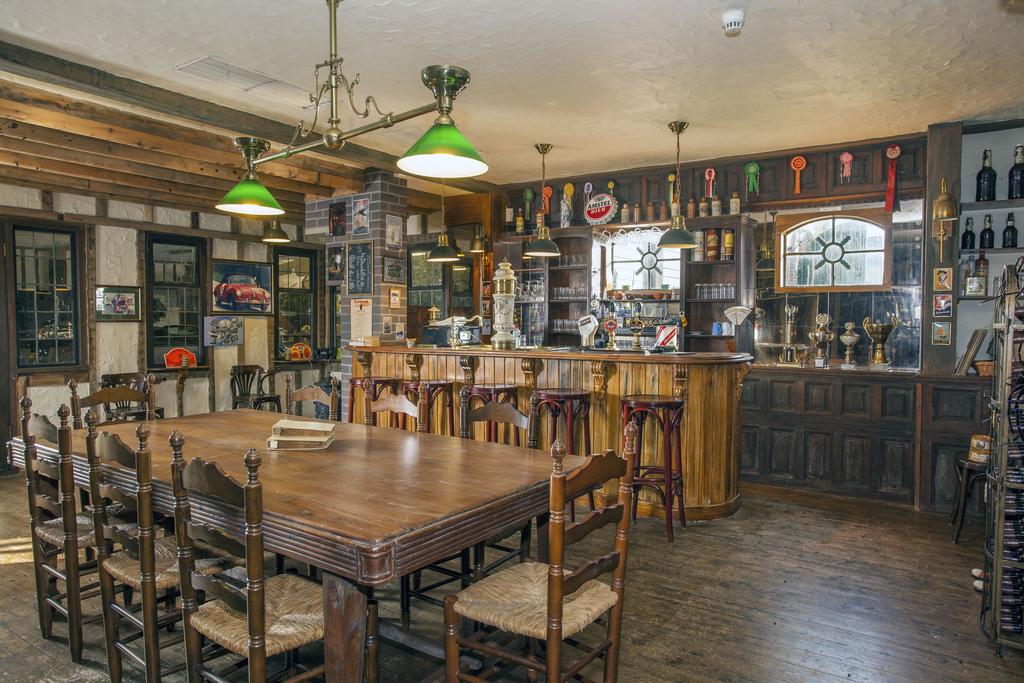 We’ve a feeling that the adventurous Odo — who later secured his freedom, took part in a new rebellion and eventually died while on the First Crusade — would approve.

The Moat, Benenden, is on the market with Knight Frank at £4 million — see more details and pictures. 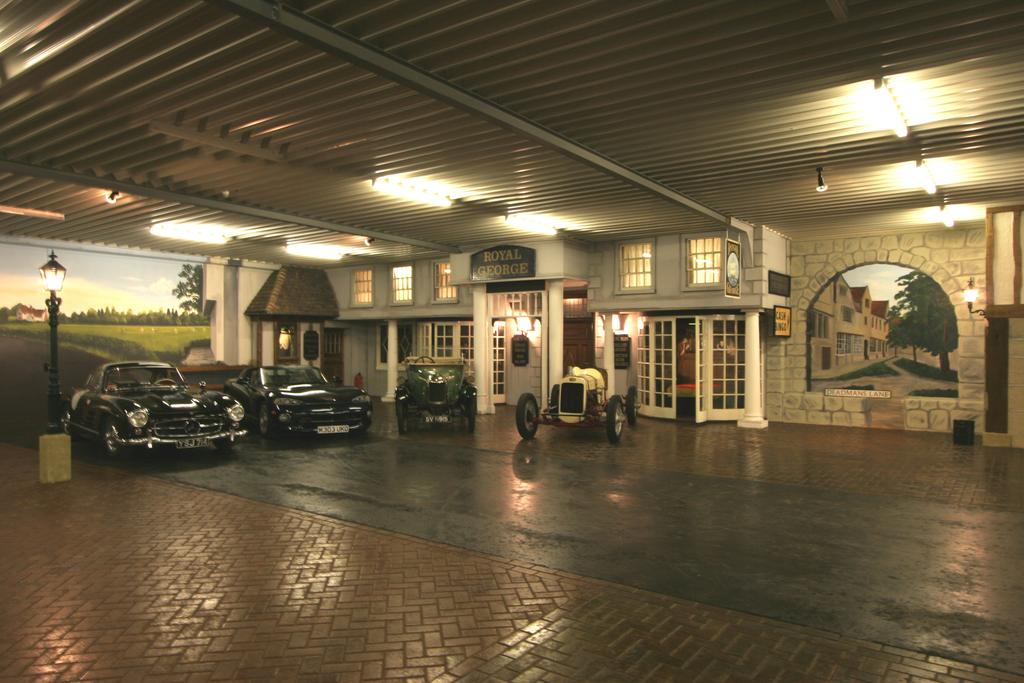 The former country home of the man who founded the Daily Mail has come up for sale in Kent. Penny