Yorkshire properties of this calibre are few and far between on the open market: this is a spectacular home with three further cottages, amazing gardens and superb equestrian facilities.

For sale for only the second time since the early 1900s – through both Knight Frank and Strutt & Parker at a guide price of £3.95 million – is the imposing, Grade II-listed Otterington Hall.

This 11,000sq ft building lies between the villages of North and South Otterington, three miles south of the market town of Northallerton and seven miles north of Thirsk, on the western edge of the North York Moors. 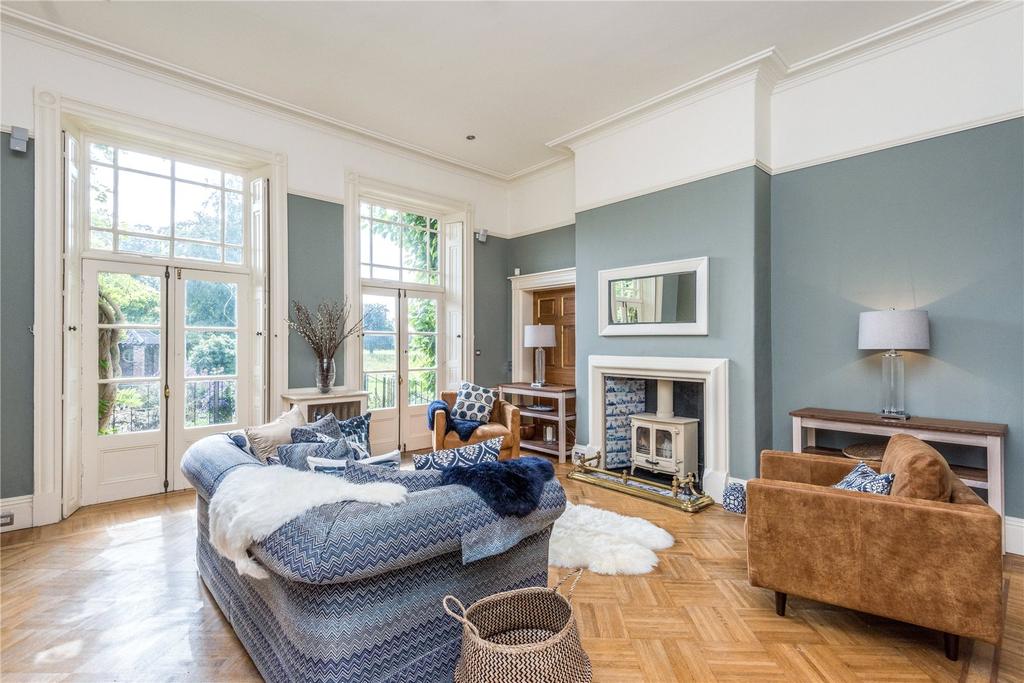 Built of brick under a slate roof in the early 1800s, with later Victorian additions, the hall sits centrally within its 91 acres of famous gardens, parkland, pasture and woodland, surrounded by a picturesque blend of open farmland and wooded river valleys.

The house, designed in traditional Georgian country style, boasts an elegant reception hall leading to well-proportioned drawing and dining rooms, and a large family room; the kitchen/breakfast room is another large room with double doors leading out into the gardens. 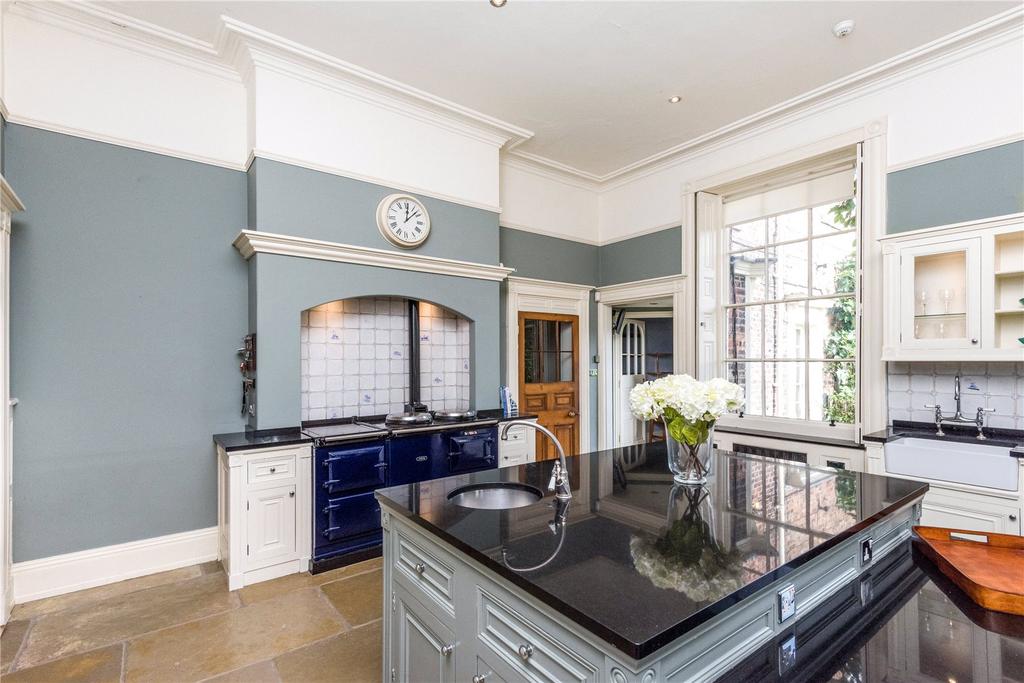 A sweeping staircase takes you to the first floor, where the master suite, guest suite and seven further bedrooms are located. Attic space on the second floor could be converted to additional bedrooms and, to the rear of the house, a self-contained annexe provides additional three-bedroom guest or staff accommodation. 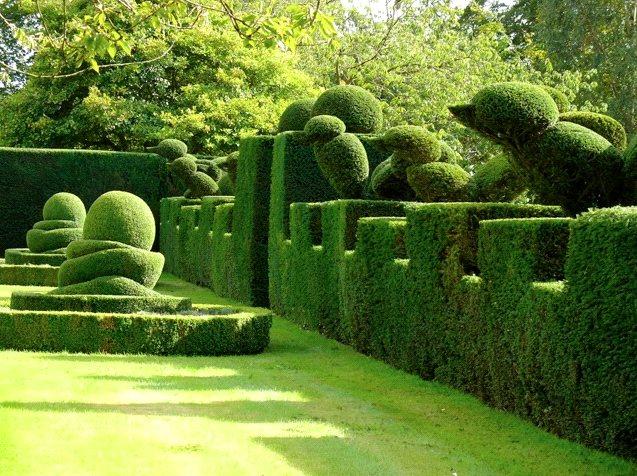 The gardens with their fabulous topiary (of which more later) are a real highlight – but for the horse lover, this is a very special place indeed.

There are three cottages within the grounds – and two of them, Stable Cottage and Grooms Cottage, are right next to the courtyard with stables. It’s a dreamy set-up for those who’d love to roll out of bed and go for a ride.

The details also list a 2,500sq ft agricultural barn – not quite big enough for a proper indoor manege, but certainly large enough to give horses a little more room to move around indoors on days when the worst of the weather strikes. 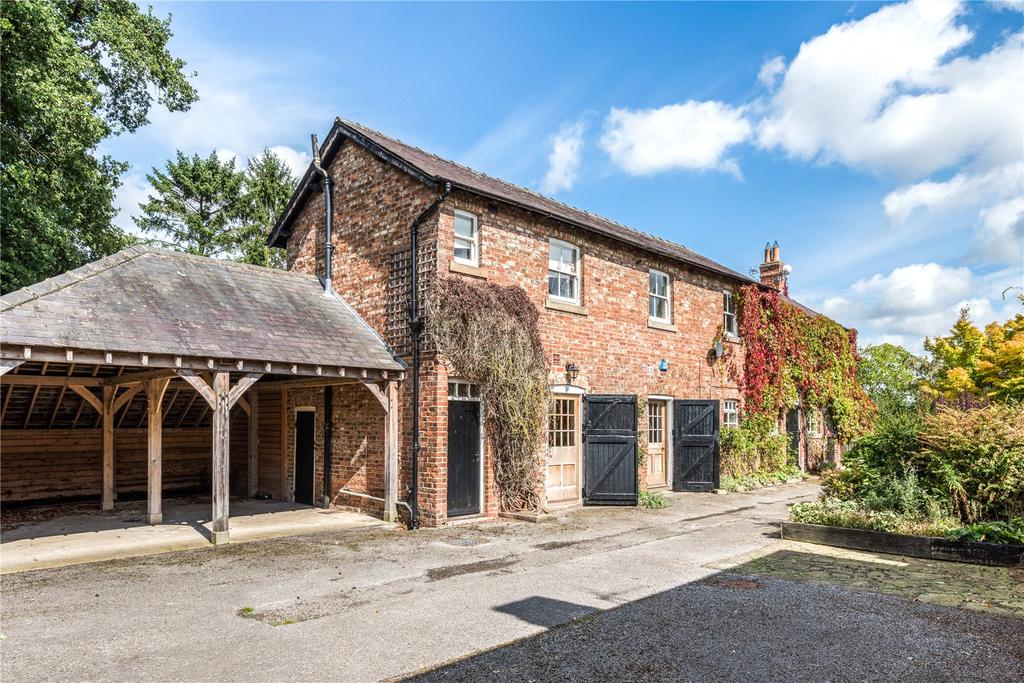 Successive gentry families have left their mark on Otterington Hall, among them, in the 1800s, the Aikenheads, who were influential local landowners and magistrates. In the 1900s, it was the turn of the Furness family, notably Eleanor Furness, who, according to a 1983 Country Life article, in the 1920s, designed Otterington Hall’s gardens with their ‘magical yew topiary comprising an extensive variety of green images’. 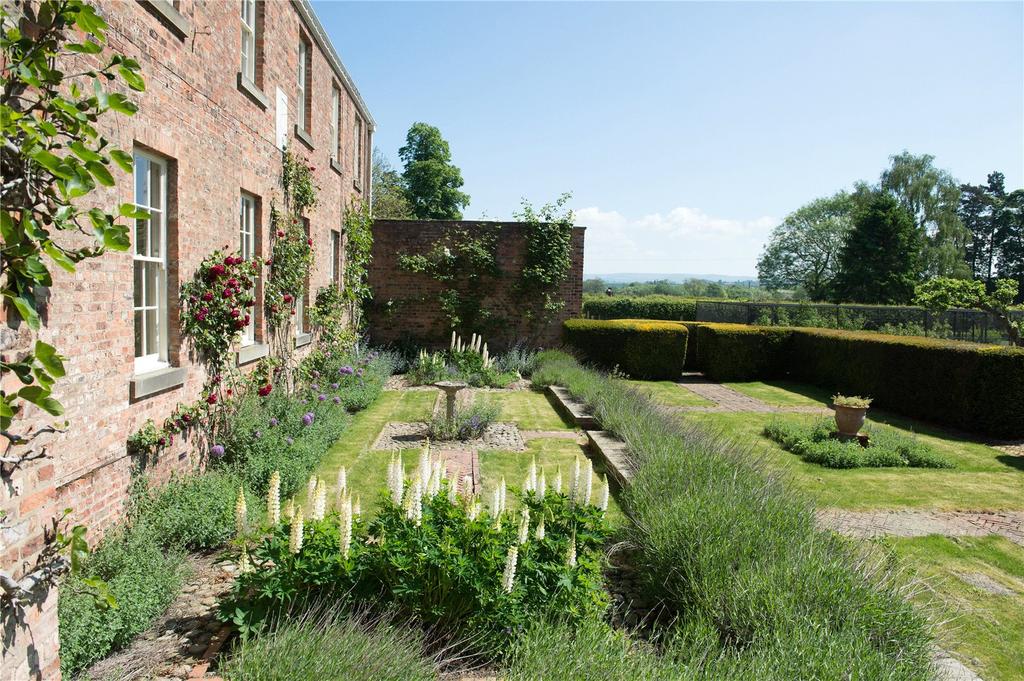 North Yorkshire has always been steeped in country pursuits, and the Furness family of Otterington Hall helped to secure the survival of their local Hurworth Hunt, one of the oldest in the country. Mrs Furness’s daughter, Eleanor Mary, known to all as ‘Miss Mary’, served as master of the Hurworth from 1936 to 1971.

Although ‘greatly respected as an authority on the Old English foxhound’ she ‘hated publicity, her sole aim being to maintain the long tradition of the pack and to show sport to her friends and neighbours – be they landowners, farmers, townspeople or foot folk’.

Otterington Hall is for sale through both Knight Frank and Strutt & Parker, at a guide price of £3.95 million.