The extraordinary Chanters House in Devon should be on the watch list for anyone looking for a country house with grandeur, history and a sense of fun.

Schools may be back, but few are more steeped in history and learning than Chanters House in Devon, the former home of the Coleridge family.

The family moved to Ottery St Mary in 1760, when John Coleridge became the headmaster of The Kings School and, from then, the Coleridges dominated almost every aspect of society as a family, with no member shining more brightly than Samuel Taylor, John’s youngest son. 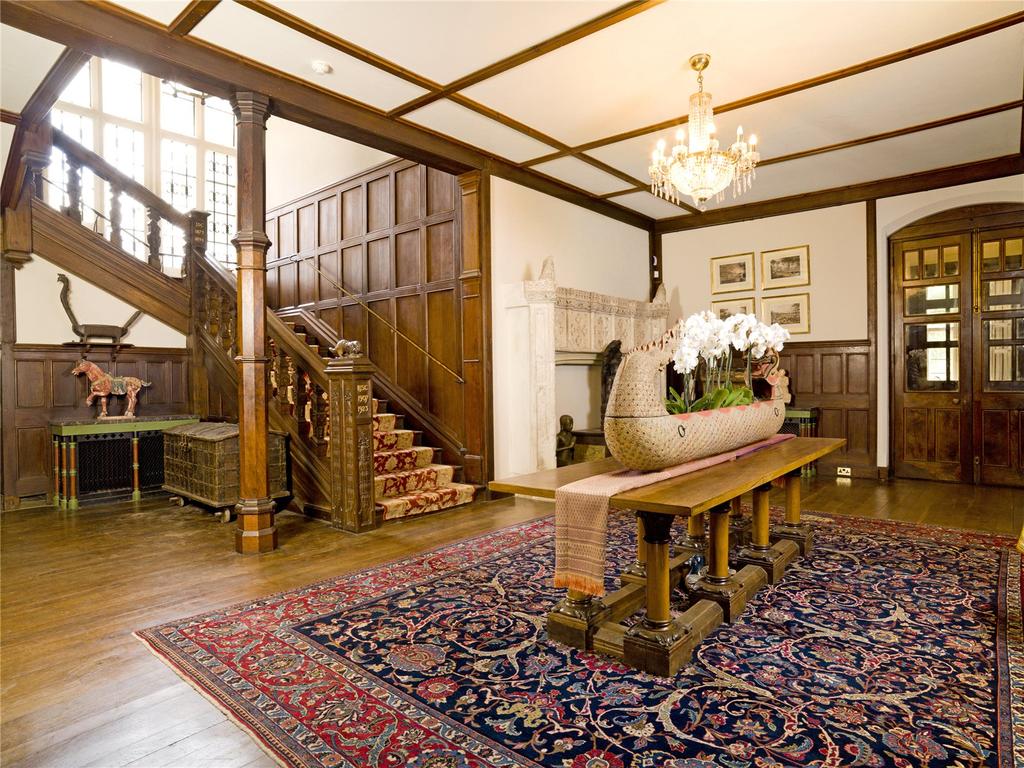 This 10-bedroom, 11-bathroom home is imbibed with that educational excellence, nowhere more apparent than in the library that takes up the entire west wing. It is the largest west of Salisbury. It was originally designed to house Lord Coleridge’s 18,000 books; today, it carries roughly 22,000 volumes in a range of carved oak bookcases.

The Great Library at Chanters House

Within these storied walls and 21 acres of grounds, you’ll also find all modern comforts you could need, with the house having been extensively restored by the previous owners. 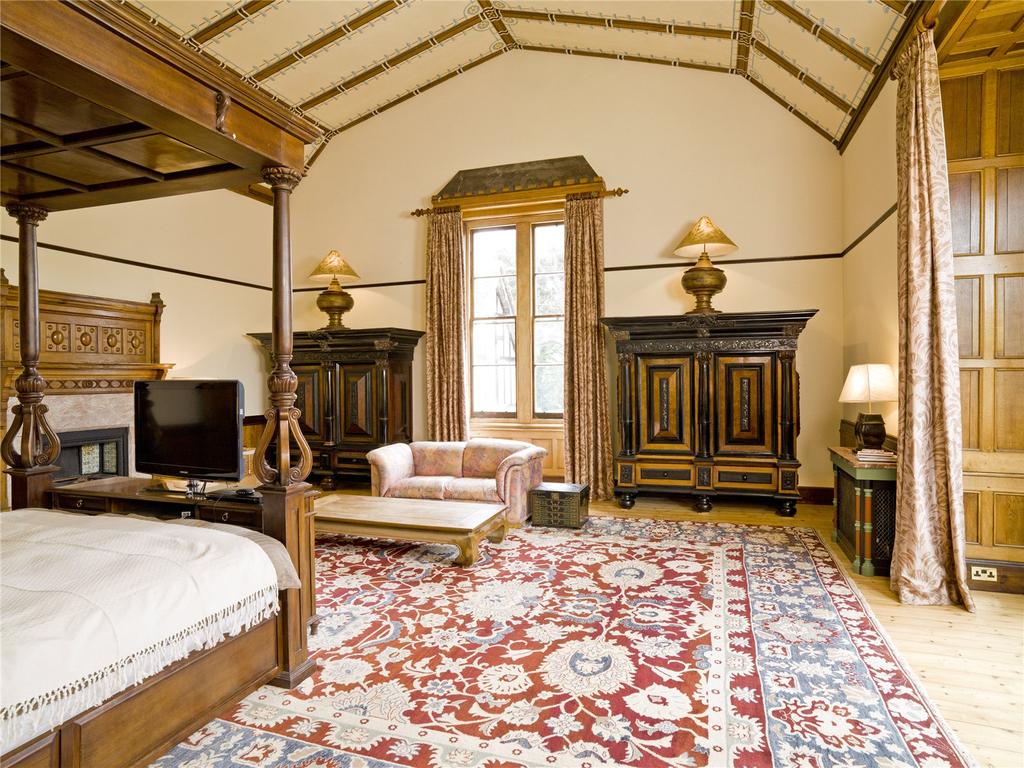 Even going through the names of the rooms reads like some sort of absurdly ambitious country house wishlist: as well as the aforementioned library there is a sitting room, drawing room, kitchen/breakfast room, dining room, office, gymnasium, billiards room — with a cupola, to let in plenty of light. 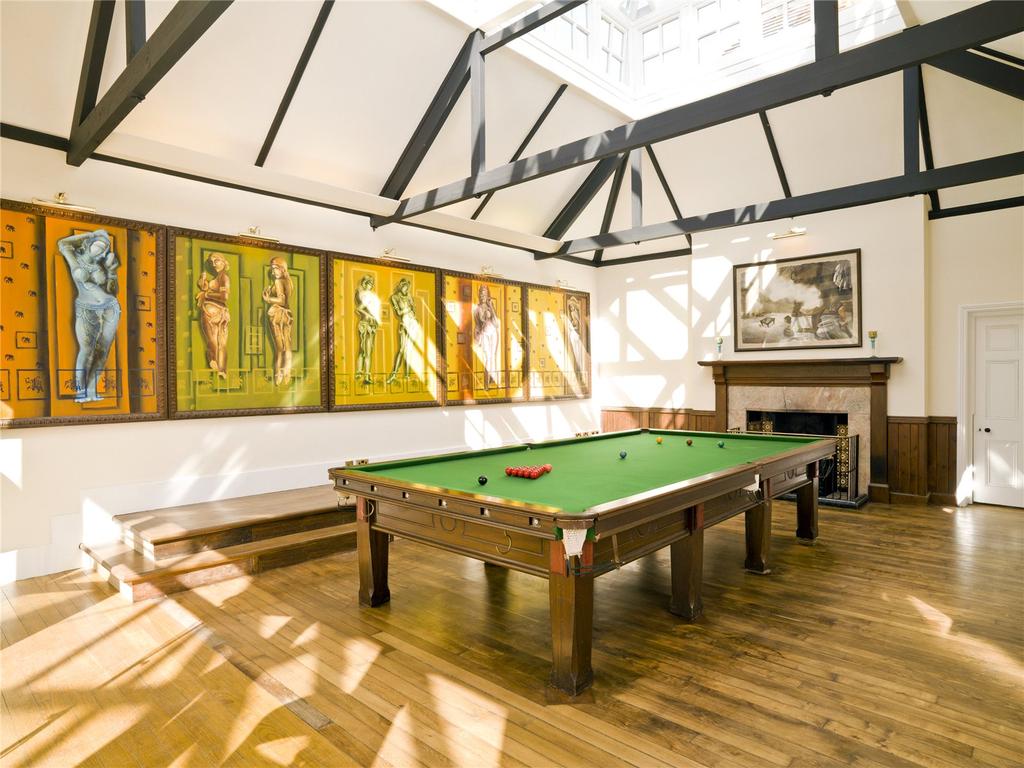 There is even (and no doubt Samuel Coleridge would have loved this) a party room. Apparently, it used to be a chapel; today, it has a bar and a DJ booth. And if that sounds too noisy, there is gentleman’s smoking room, clearly some sort of architectural refugee from the 1920s.

As for that aviary? There’s not a bird in sight, since it’s now effectively become a beautiful, light-filled orangery: 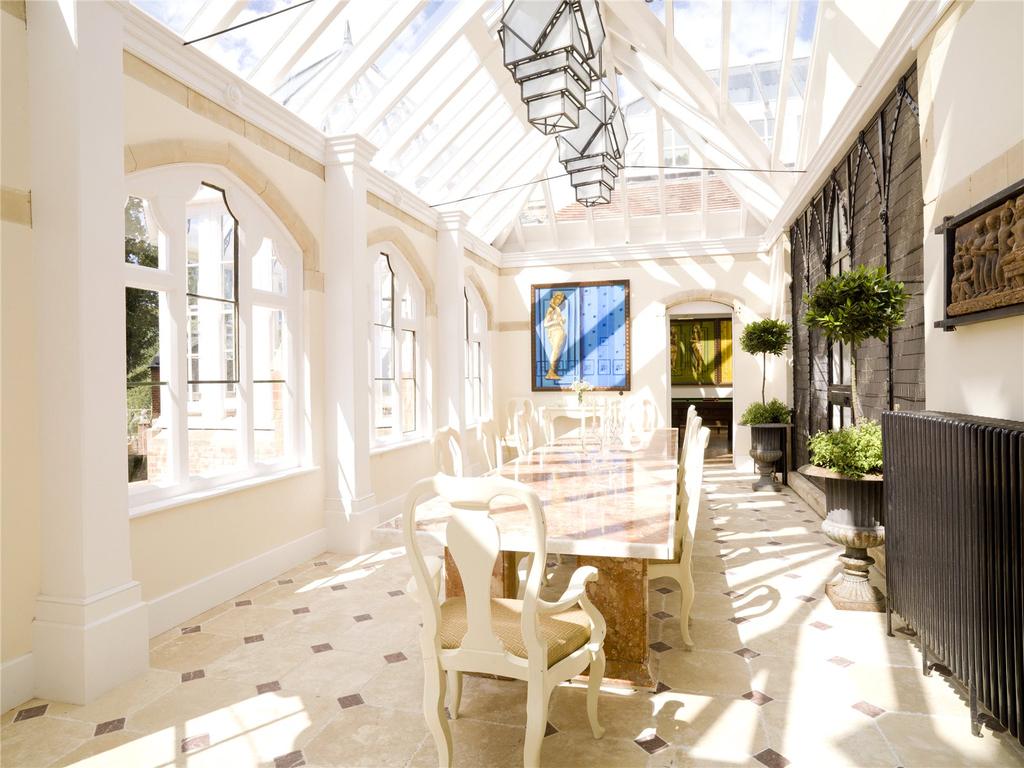 Speaking of rooms with history, the dining room — aka the Cromwell Fairfax room — deserves a special mention. It has a ceiling of painted, carved wood in a hexagonal pattern, with elm panelling that’s believed to date from the 1930s.

A stained fireplace at one end of the room explains the reason for its name: ‘In this convention room Oliver Cromwell in the fall of the year 1645 convened the people of the town and neighbourhood and demanded of them men and money for the Civil War. Here also on October 29th Members of Parliament on behalf of both houses presented Sir Thomas Fairfax with a fair jewel and hung it about his neck in honour of his skill and valour at Naseby fight.’ 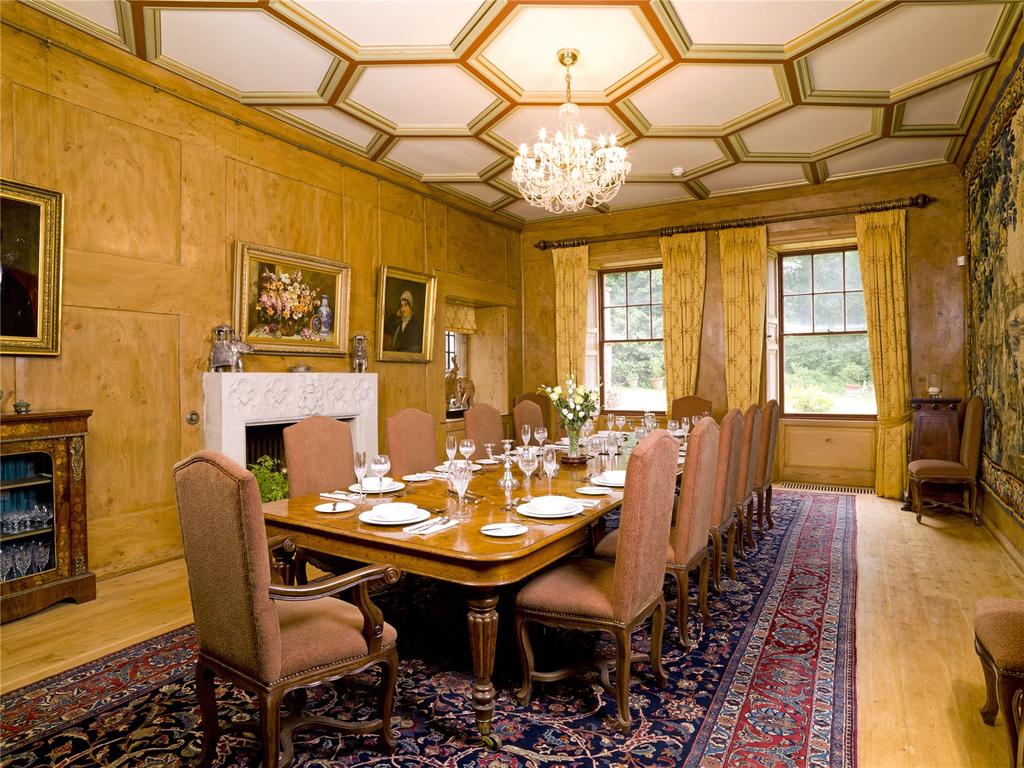 In the grounds there is even more to put a smile to your face: walled gardens, stables, tennis court, a Victorian palm house and an aviary, as well as over 21 acres of gardens, woodland and streams. 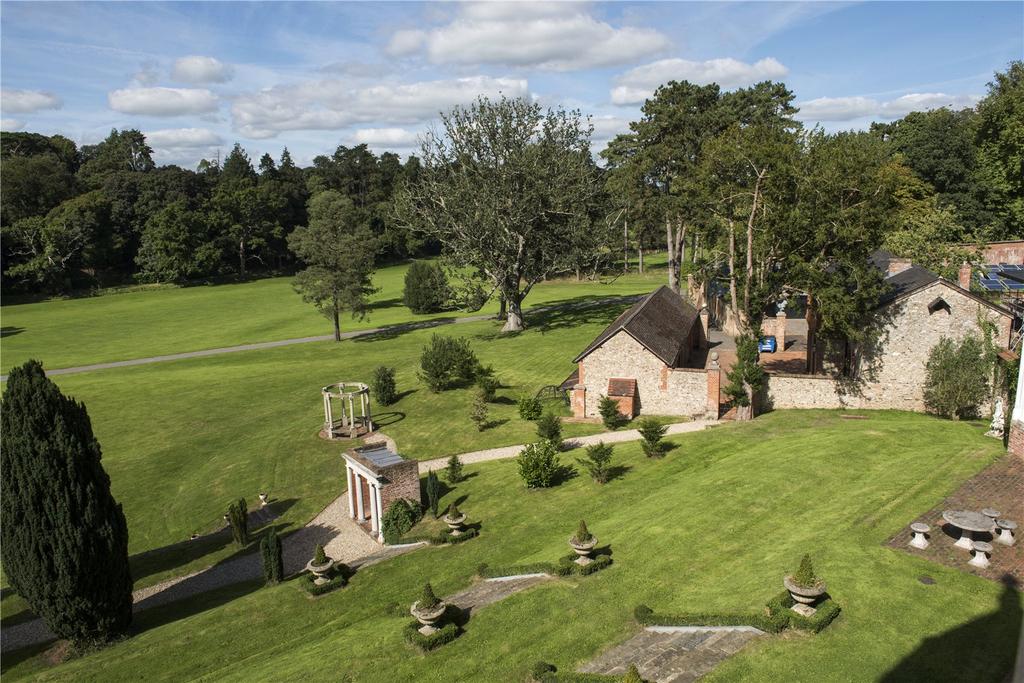 Also within those grounds are a lodge and a coach house offering extra space, while the charming village of Ottery St Mary isn’t far — and nor, for that matter, are Exeter and the M5. This truly is a rare opportunity.

Chanters House is for sale via Strutt and Parker — see more details and pictures. 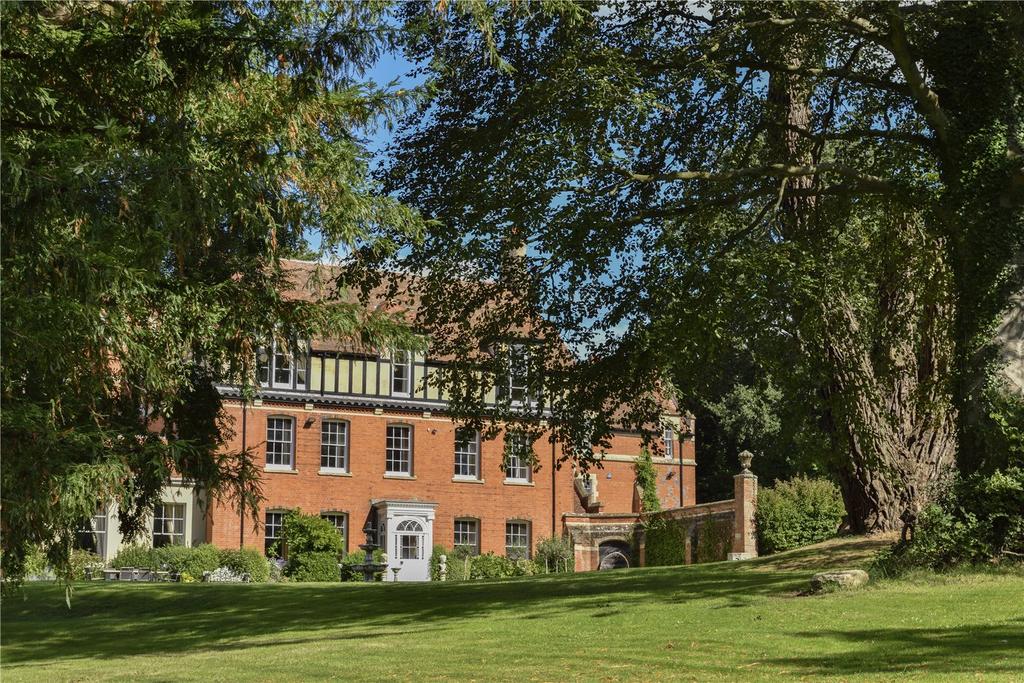 Our round-up this week is an astonishing collection of gems, with magnificent houses in Kent and Cheshire plus a breathtakingly