Rashleigh Barton's unique plasterwork, called the 'modern glory' of the property, has delighted everyone from Roger White to Oliver Cromwell. Penny Churchill reports.

Appearances can be deceptive, and nowhere more so than in rural Devon, where the unadorned walls of a former farmhouse often hide a historic interior of rare richness and splendour.

Such a house is secluded, Grade II*-listed Rashleigh Barton, which sits in some 33 acres of formal gardens, woodland and pasture, three miles from the mid-Devon market town of Chulmleigh, and is for sale through Knight Frank at a guide price of £1.95 million. 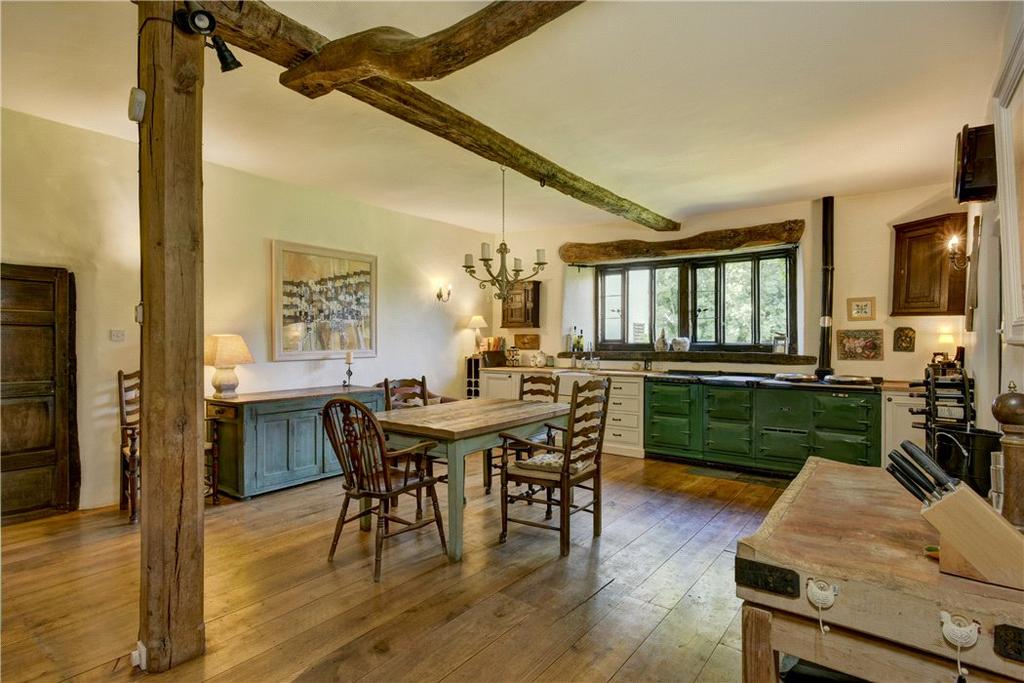 Rashleigh Barton was owned by the Rashleigh family of Barnstaple from the late 12th century until 1530, when the Rashleigh heiress, Ibbot, married Thomas Clotworthy, scion of an old Devon family from Clotworthy, near South Molton. 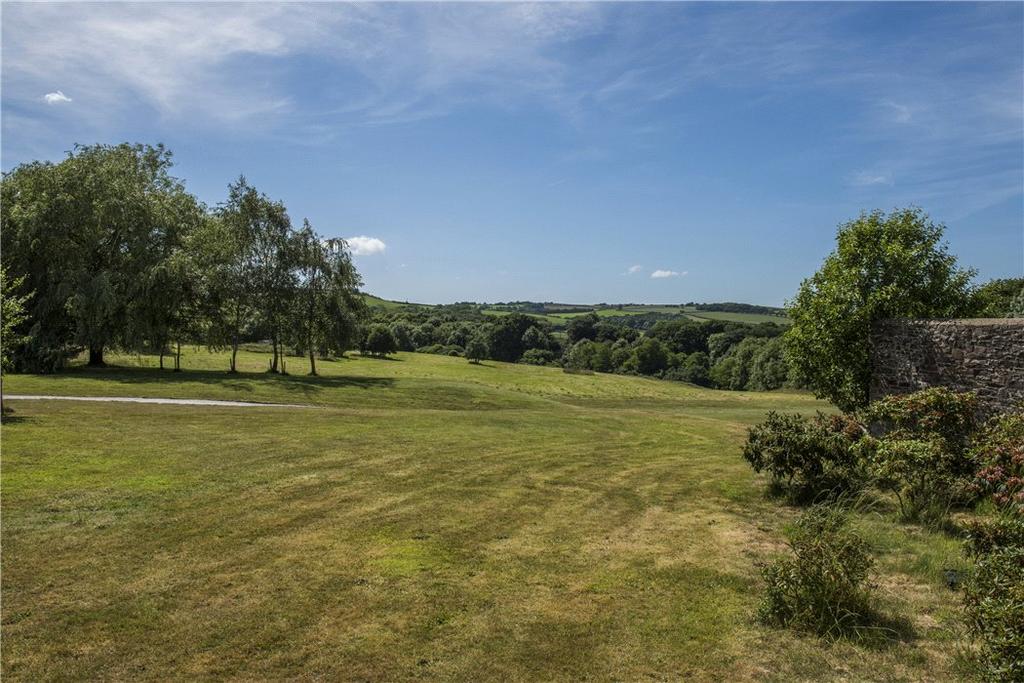 According to an article in Country Life (August 28, 1915), it was he who built the present house – originally, a long, low, late-medieval house of cob in the traditional Devon style, with a central, double-height hall, which was later floored over to create new domestic rooms in the roof space and to link the first-floor chambers at the two ends of the house. 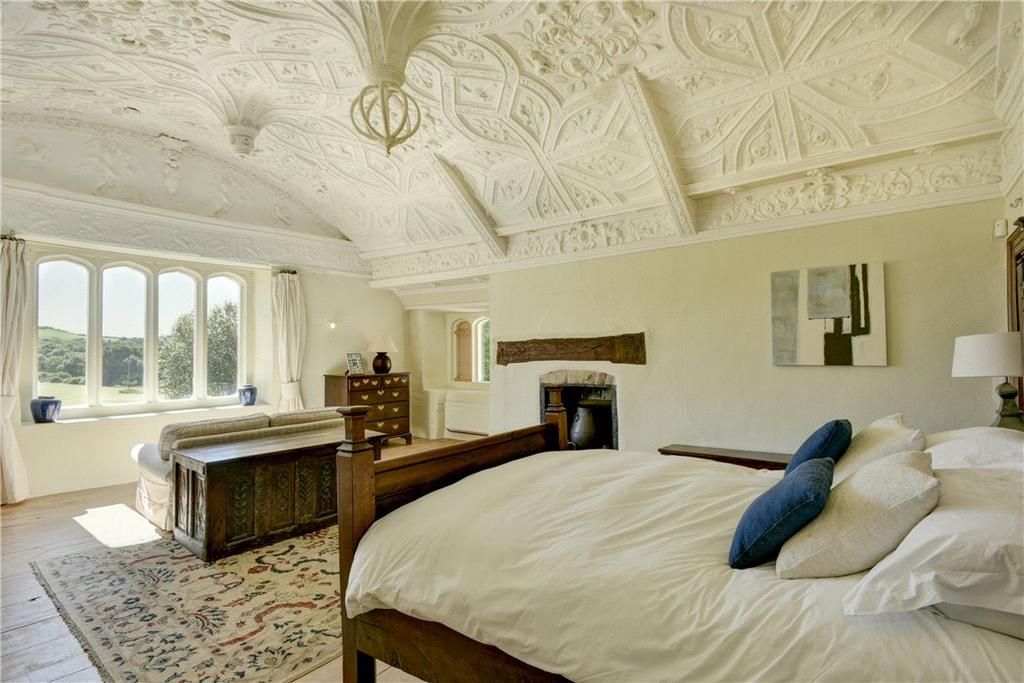 According to architectural historian Roger White (Country Life, March 15, 2017), it’s hard to tell how the inside of the house would have looked in Tudor times, because, in the 1630s, during John Clotworthy’s tenure, ‘its interiors were reordered and overlaid by the sumptuous plasterwork that is the modern glory of Rashleigh Barton’. The richest and most original of the ceilings is in the former great chamber on the first floor – now, the guest bedroom – where Oliver Cromwell is reputed to have slept. 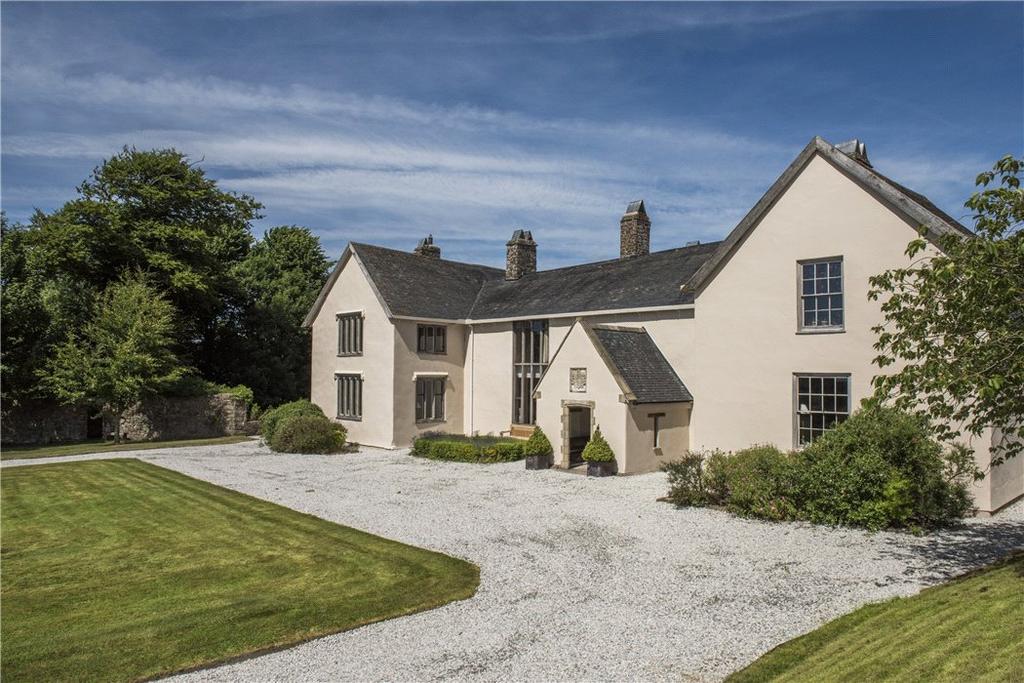 Clotworthy died in 1682, leaving two daughters as co-heiresses, the younger of which, Mary, married Lewis Tremayne of Heligan in Cornwall, thereby conveying Rashleigh Barton to the Tremayne family. Thereafter, the house became a tenanted farmhouse, which was badly neglected until the family sold it in 1975. 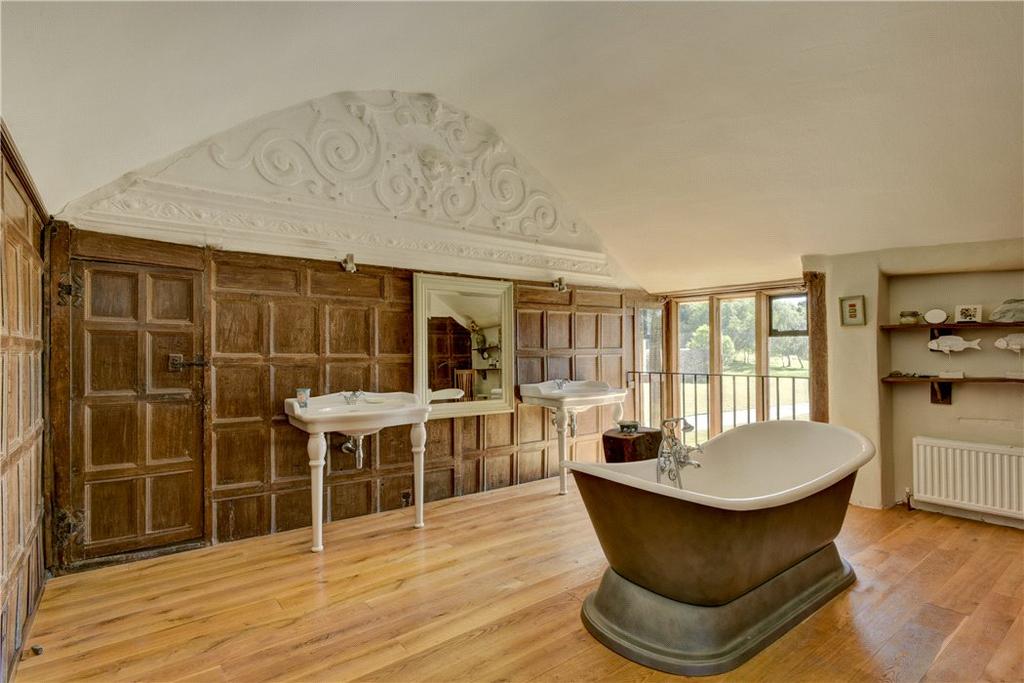 Since then, successive owners have gradually restored the property, notably Lord and Lady O’Hagan, who reportedly spent £1 million on renovating it between 1987 and 1988. 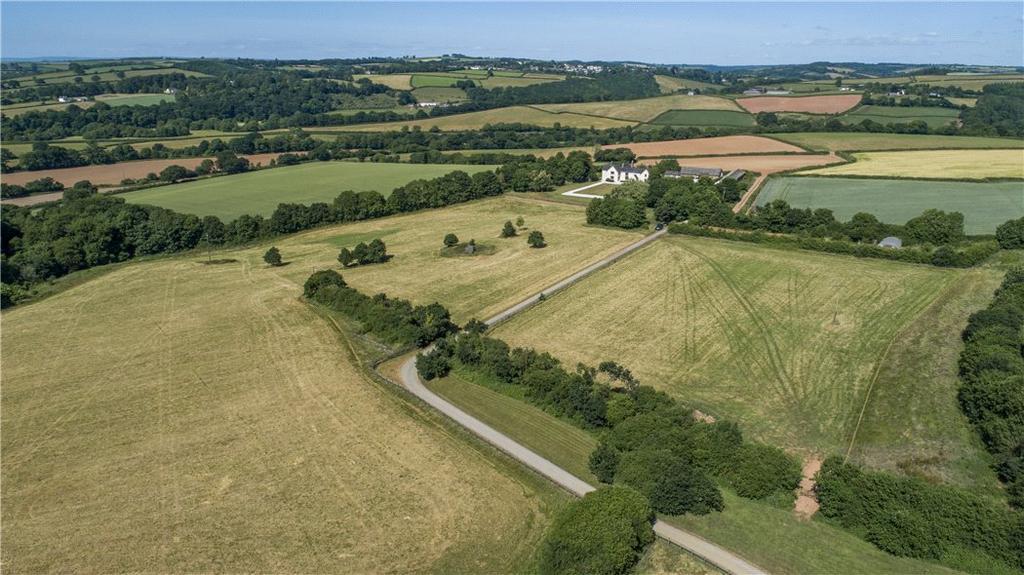 Current owners Russell and Alison Mabon, who moved there in 2006 from the Cotswolds with their twin boys, then aged eight, have carried on the good work, transforming Rashleigh Barton into a comfortable, stylish and manageable family home. They have also installed a wood-chip boiler, which not only covers the cost of heating the 8,168sq ft house, but also provides additional income. 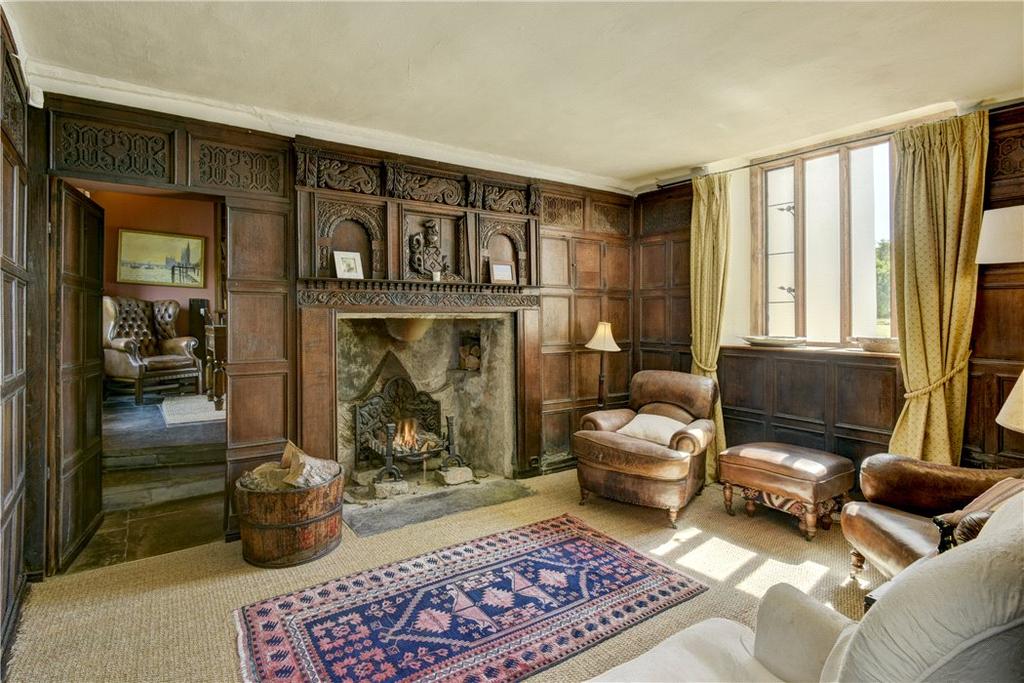 The main reception rooms are located at the front of the house; the dining room, with its vast stone fireplace, is particularly impressive, as is the drawing room, which, like the other principal rooms, boasts some exquisite ceiling plasterwork. 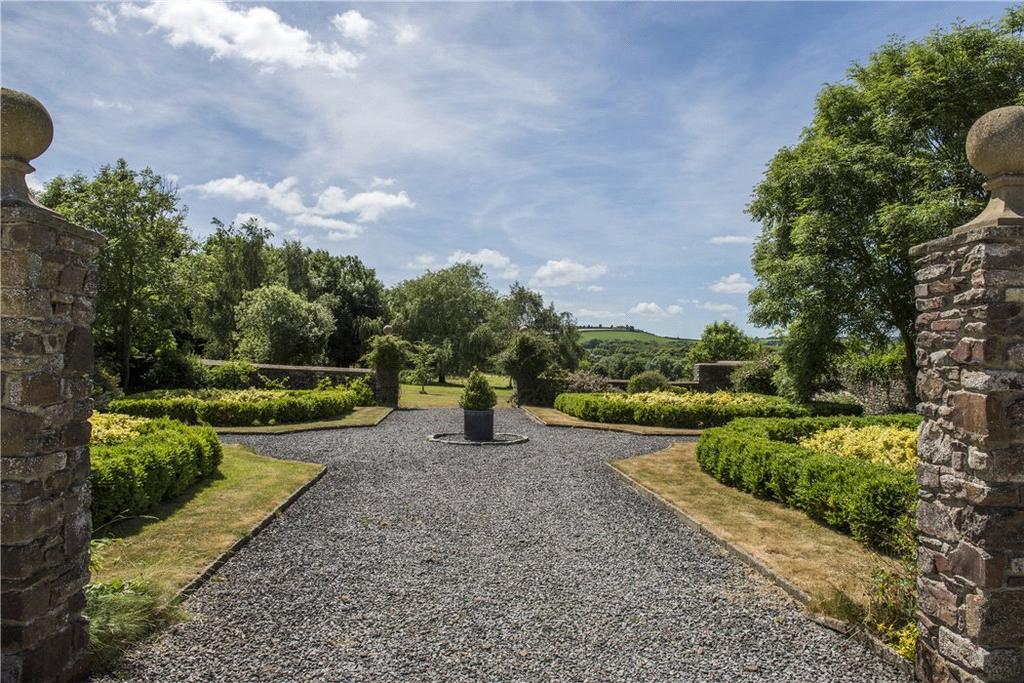 A rear hall links to the snug and library added in the 19th century and the main staircase, which includes a fine original dog-gate, leads to the galleried first-floor landing and five principal bedrooms. 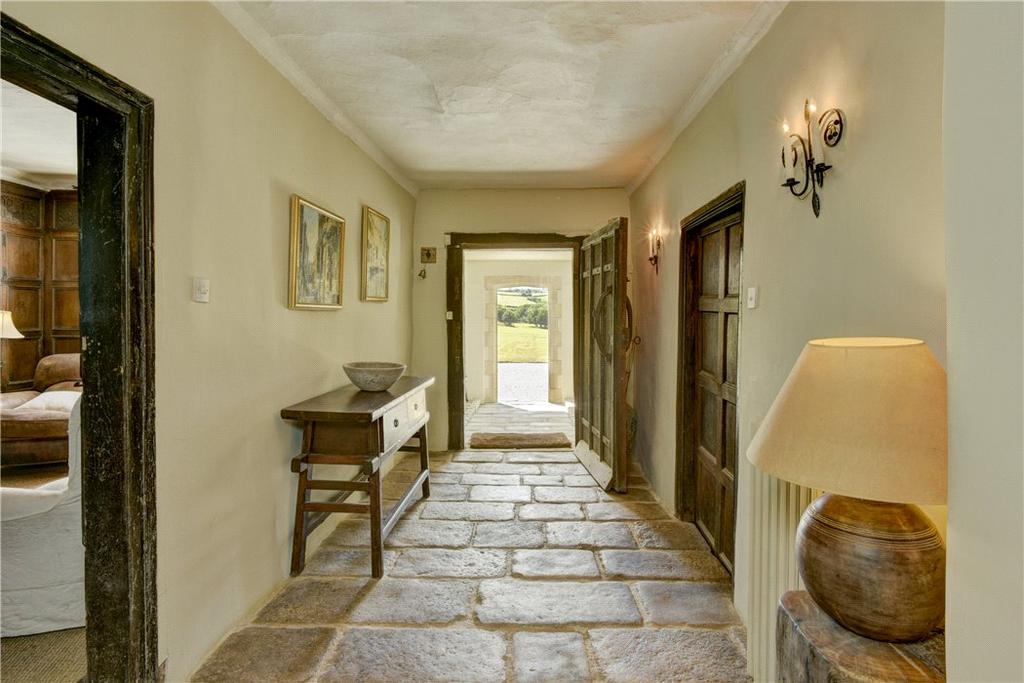 Rashleigh Barton stands at the end of a long drive, with spectacular views over its own land in a wonderfully unspoilt area of mid Devon, where the nearby River Taw famously inspired Henry Williamson’s classic novels Tarka the Otter and Salar the Salmon. 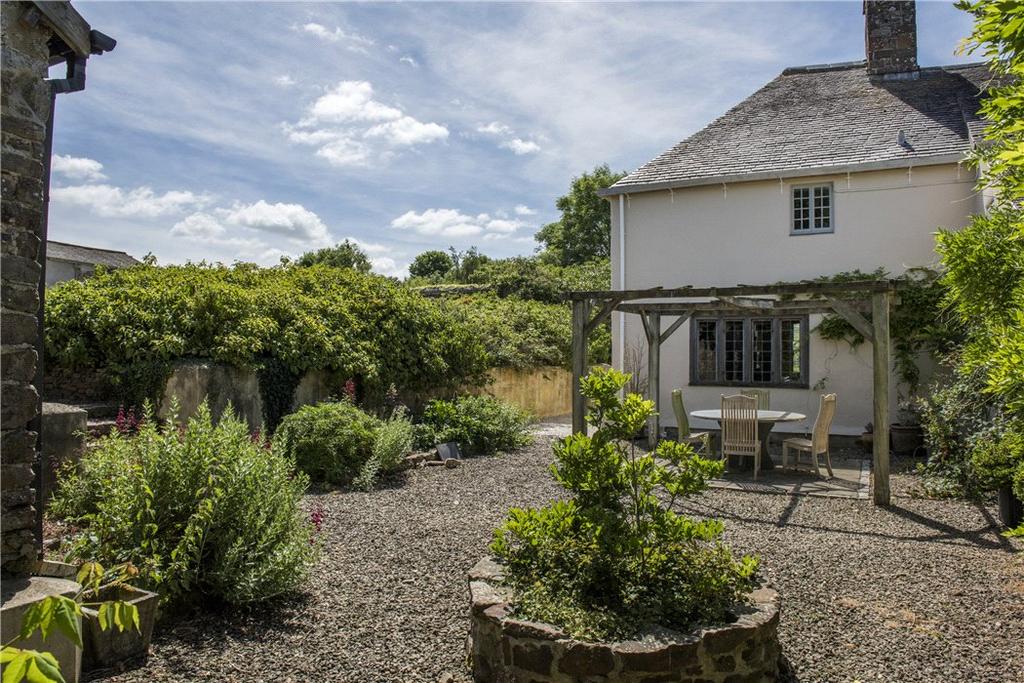 The Mabon family have loved their time there and, now that the twins have gone off to university, Russell and Alison are ready to embark on their next major project: a long-held ‘grand design’ to build an ultra-modern, eco-friendly house around a steel-framed barn on a ‘perfect’ site, which they have already secured nearby.

Rashleigh Barton is on the market with Knight Frank at a guide price of £1.95 million. Click here for more information and pictures.

The ornate plasterwork of the 17th century reached a high-point in the West Country, as Roger White discovers at the

Salisbury spent much of last year making headlines around the world, but as the dust has settled normal life has