Hay Carr, a truly superb 18th century country house, promises peaceful isolation among every comfort one could desire including a stunning library, a pond and an outstanding orangery, all set in 54 acres of formal gardens.

On the edge of the Forest of Bowland AONB – a rugged upland area of gritstone fells and vast tracts of heather-covered moorland – immaculate Hay Carr, in 54 acres of formal gardens, parkland, paddocks and woodland near the hamlet of Bay Horse, six miles from Lancaster, offers grandeur, comfort and splendid isolation in equal measure. 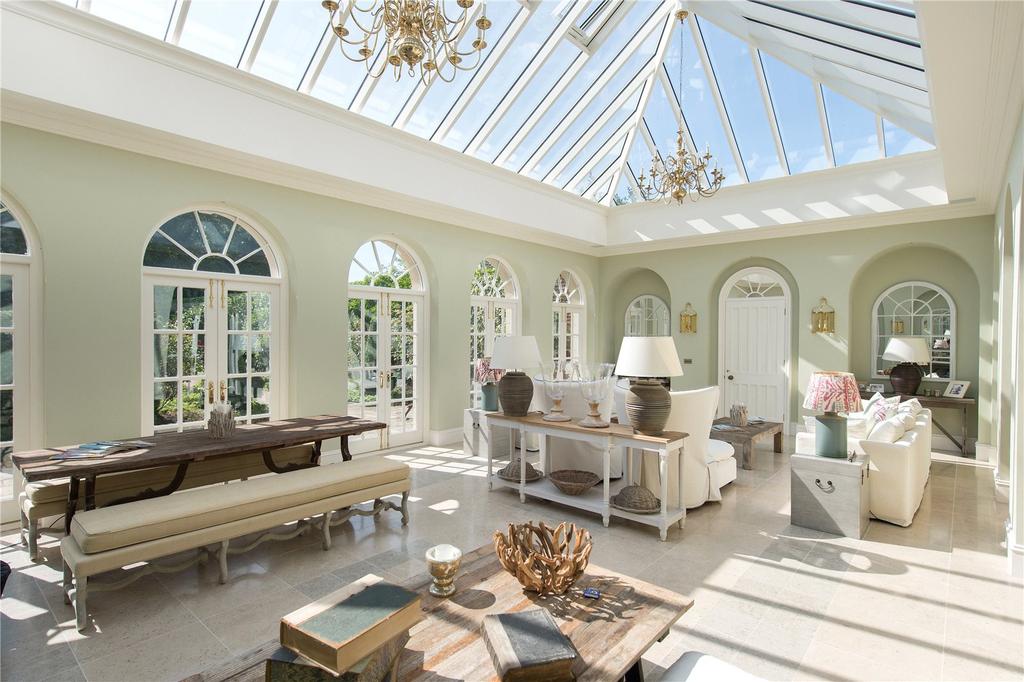 Last seen on the market in 2014, the imposing stone house, impressively reconfigured and extended by its previous owner, is now for sale through Strutt & Parker and Knight Frank at a guide price of £3.95 million. 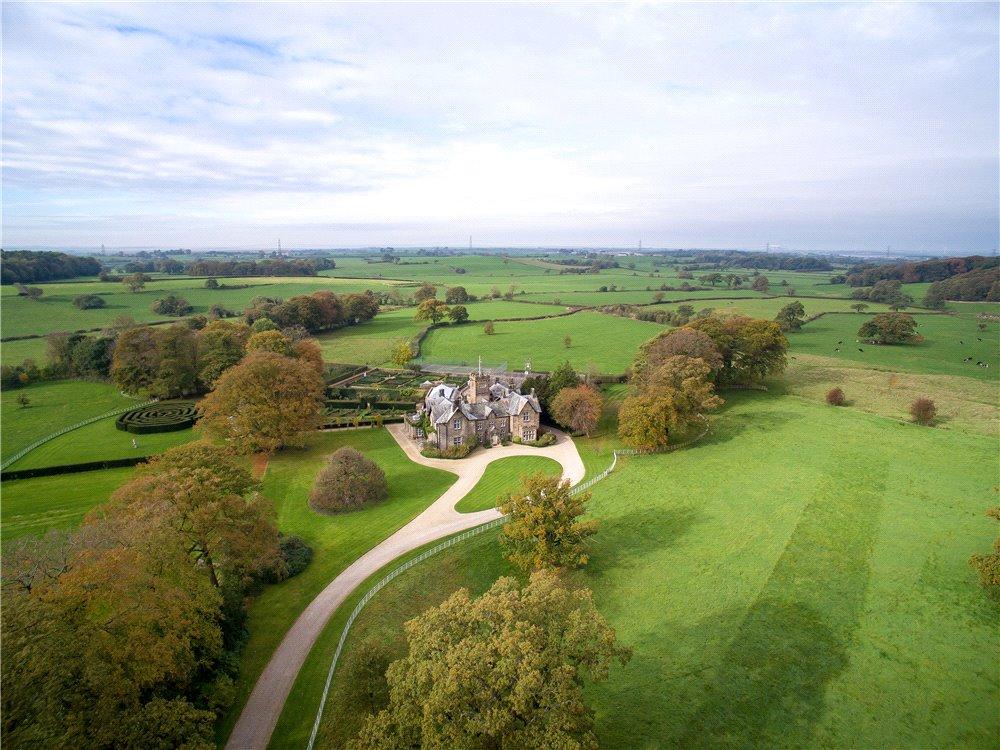 Once part of a large estate that included most of the surrounding farmland, the main house was reputedly built in 1750 by the agricultural pioneer Thomas Lamb and extended by William Lamb in about 1850.

Subsequent owners of Hay Carr include the Sandeman family of Port and sherry fame and Lt-Col Michael Birtwistle of the 7th Gurkha Rifles, later High Sheriff of Lancashire, who bought the house in the 1950s for about £5,000. 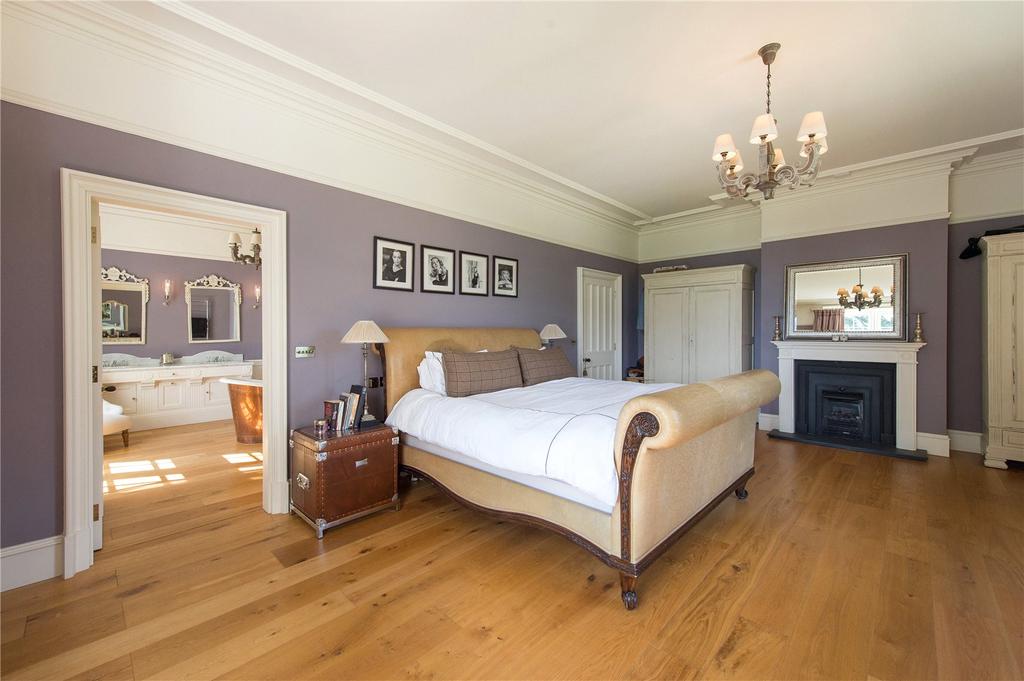 From 1997 to 2014, Hay Carr was the family home of businessman Martin Higginson, who not only renovated the house, but also bought in additional land, the original gate lodge and a cottage alongside the Lancaster Canal, which runs through the grounds. 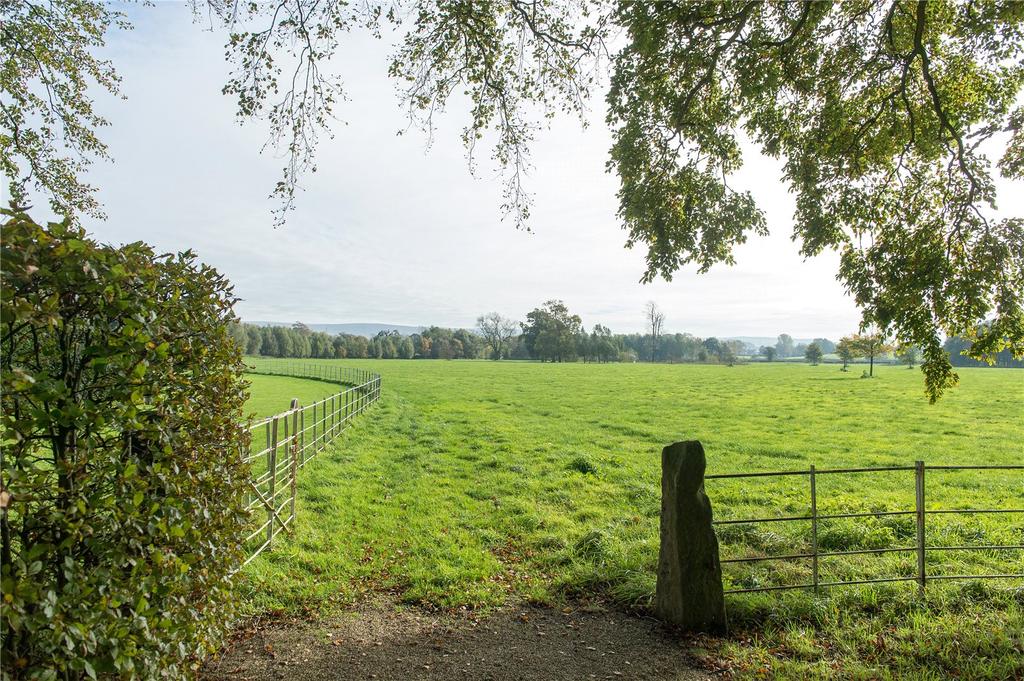 Its long drive meanders through mature parkland, passing over the canal via a charming, Grade II-listed bridge (Hay Carr itself is unlisted) before arriving at a gravel turning circle in front of the house, where the front porch opens into a grand reception hall, with a limestone fireplace and a solid-oak floor. 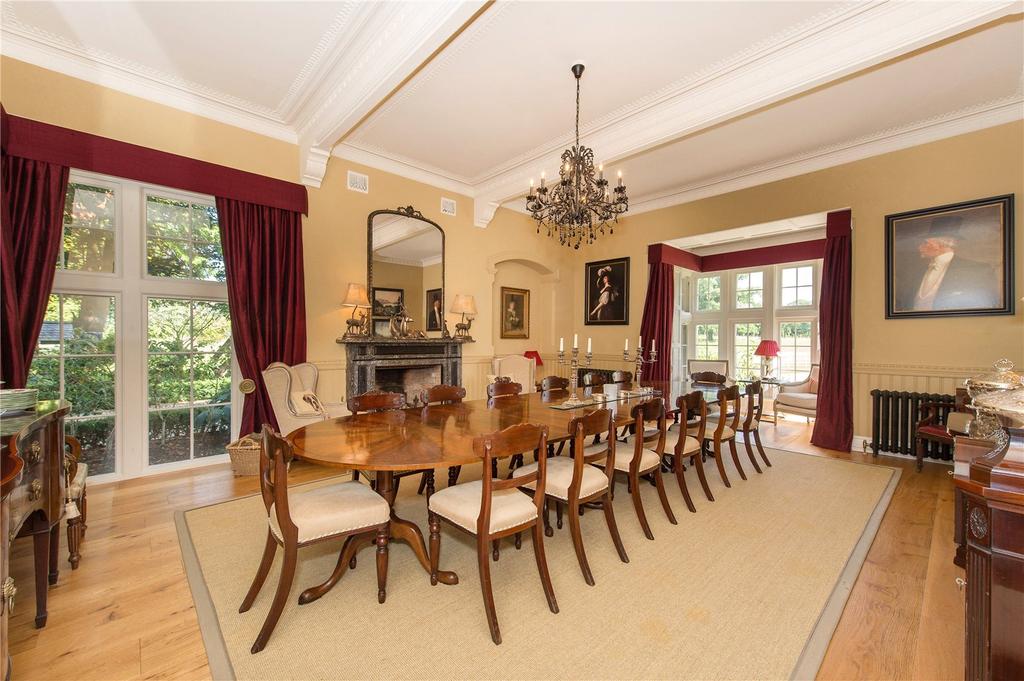 The hall leads through to the south-facing drawing room, a snug and a beautifully proportioned dining room with a deep bay window. From there, a library linked by a glazed walkway to the main library leads to a magnificent palm house, whose multiple French windows give access to outer terraces and the walled rose garden. 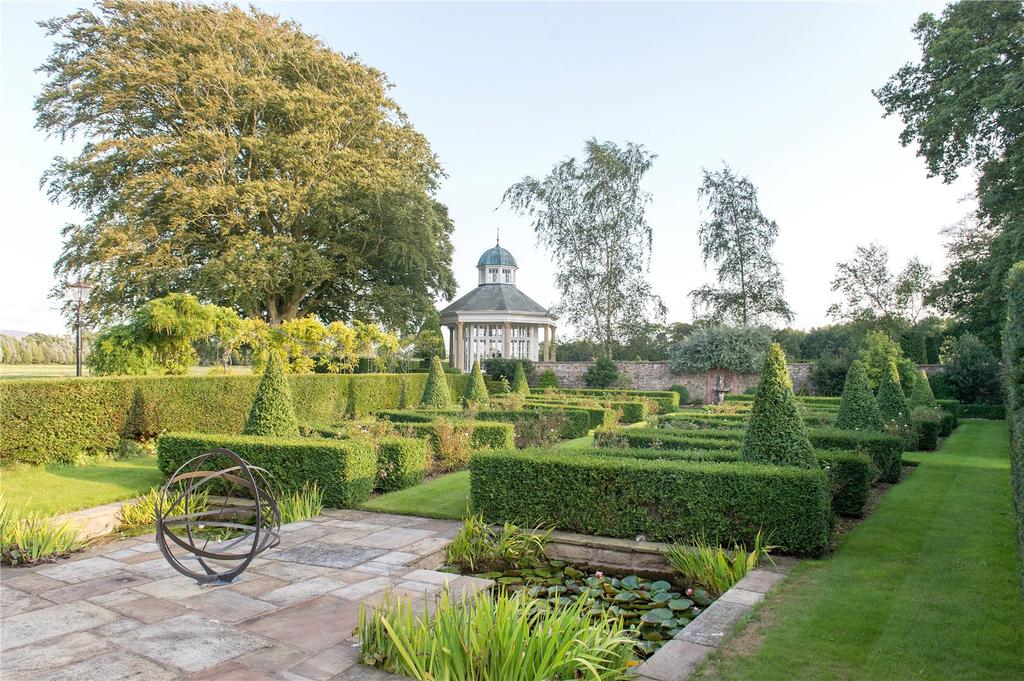 The kitchen/breakfast room is a designer’s dream, with cabinetry by Edwin Loxley of Nottingham, and a splendid cantilevered staircase leads to a sumptuous master suite, four further bedrooms and four bath/shower rooms on the first floor, with a cinema room on the second floor. 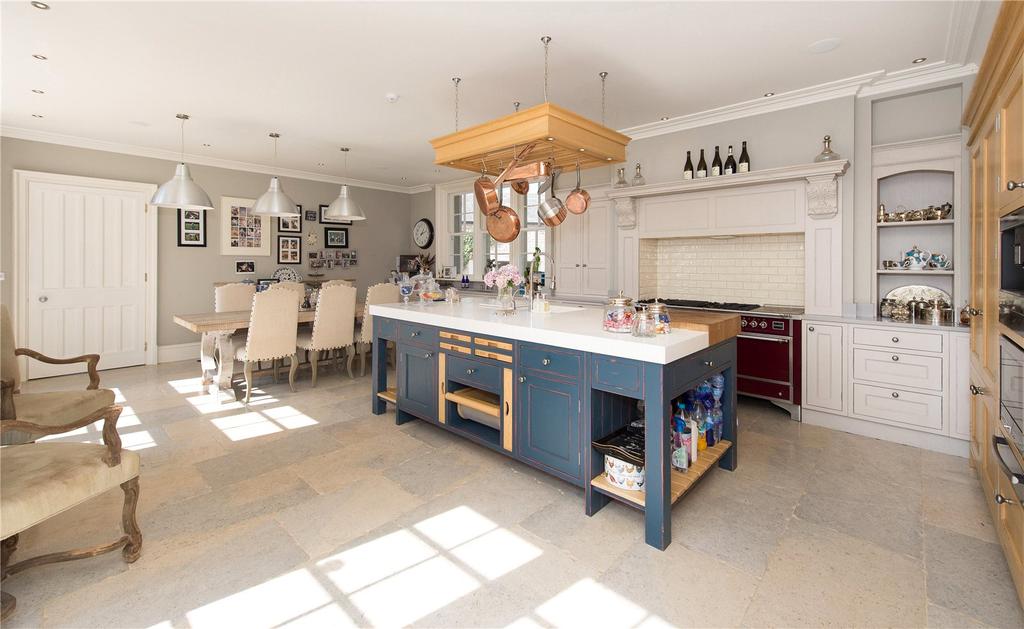 The professionally landscaped gardens and grounds include a pristine stableyard built next to a beautifully laid out kitchen garden and, beyond it, an all-weather tennis court. Sleek white estate fencing forms the boundary with the paddocks and parkland, where a cross-country circuit provides a test of equestrian expertise; a lake and boathouse within the parkland allow for lazy afternoons on the water. 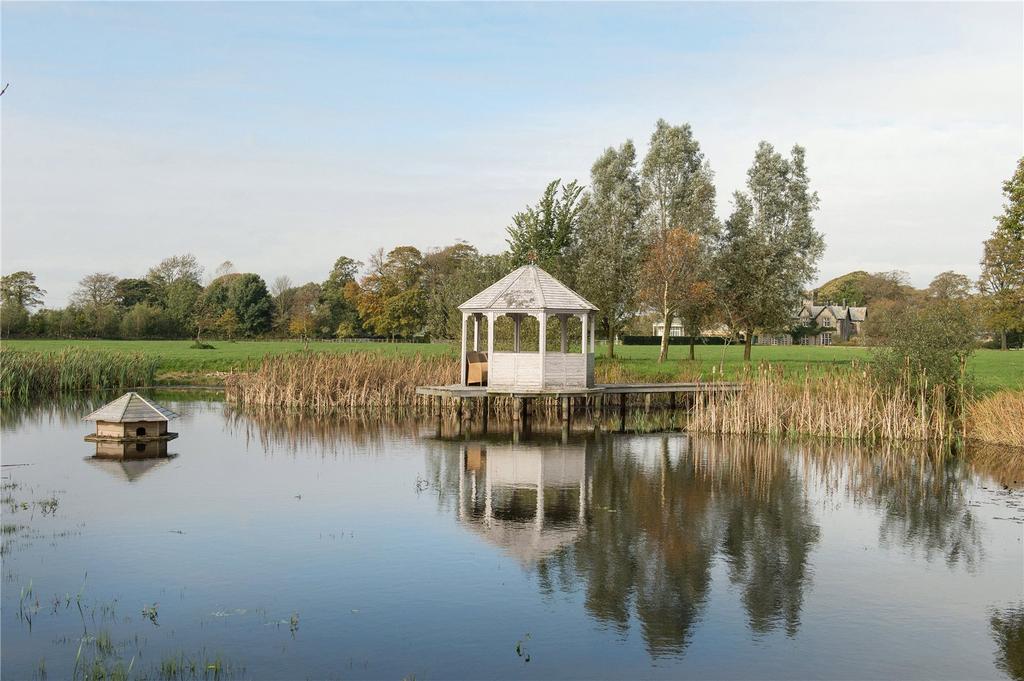 Despite its enviably private and peaceful location, this rural idyll remains closely connected to the outside world, thanks to the nearby M6 motorway, which provides easy access south to Preston and Manchester and north to Lancaster, the Lake District and Scotland. 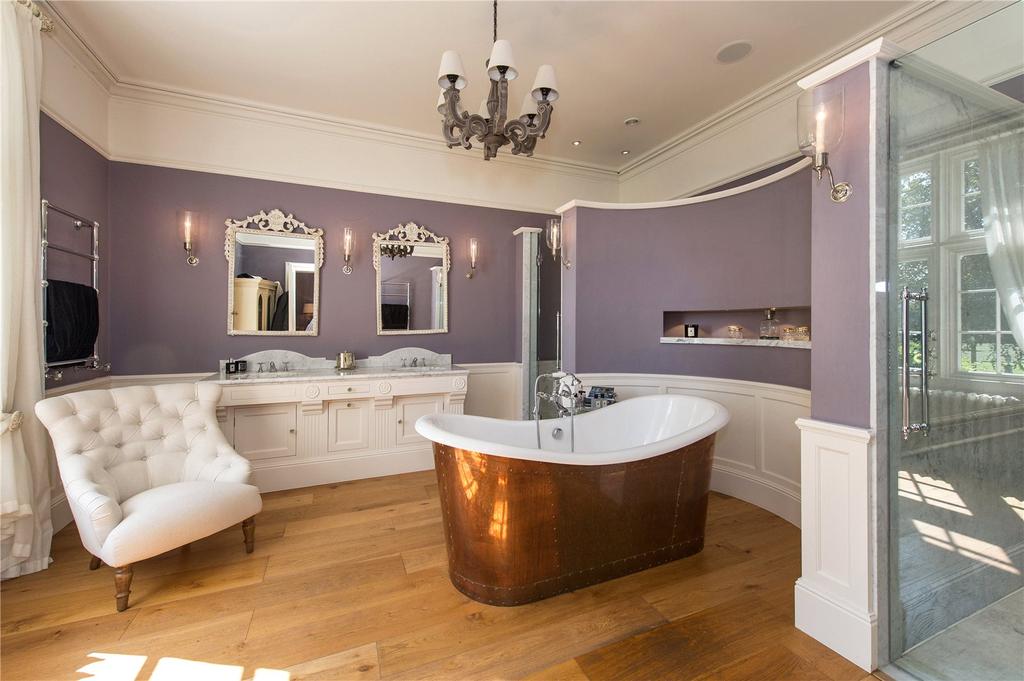 Hay Carr is on the market with Strutt & Parker and Knight Frank at a guide price of £3.95 million. Click here for more information and pictures.