Buyers looking for a second home in the Caribbean have a great choice of top quality places at all budgets, with the region enjoying a boom. Holly Kirkwood takes a look at some of the best developments out there.

With the humidity of the summer months gone and the rainy season out of the way, December is when the Caribbean is at its absolute best. As the ocean sparkles and gentle breezes waft the palm trees, it’s hard to believe that one of the most destructive hurricane seasons on record blew through only last year.

A handful of islands are still in recovery from Hurricanes Irma and Maria (including the British Virgin Islands, Barbuda and Puerto Rico), but 70% of the area was completely untouched – with Barbados, St Lucia and St Vincent and the Grenadines all spared any damage.

Against that background the Caribbean isn’t merely open for business, it’s booming and property hunters have a choice between best-in-class villas in established spots and impressive new projects in lesser-known destinations.

James Burdess, who heads up the Caribbean region for Savills, is looking forward to a busy winter, saying he’s witnessed more investment across the entire Caribbean in the past two years than in a decade. ‘A few things have shifted recently to allow a lot of these islands to really develop their potential,’ he explains.

‘On Barbados, for instance, the new government is more open to outward investment, which helps to get things moving.’

Comprising only four ultra-luxurious beach villas, Beachlands is a great example of the confidence developers have in the enduring appeal of the island for high-net-worth individuals; $28 million (£21.5m) through Savills. 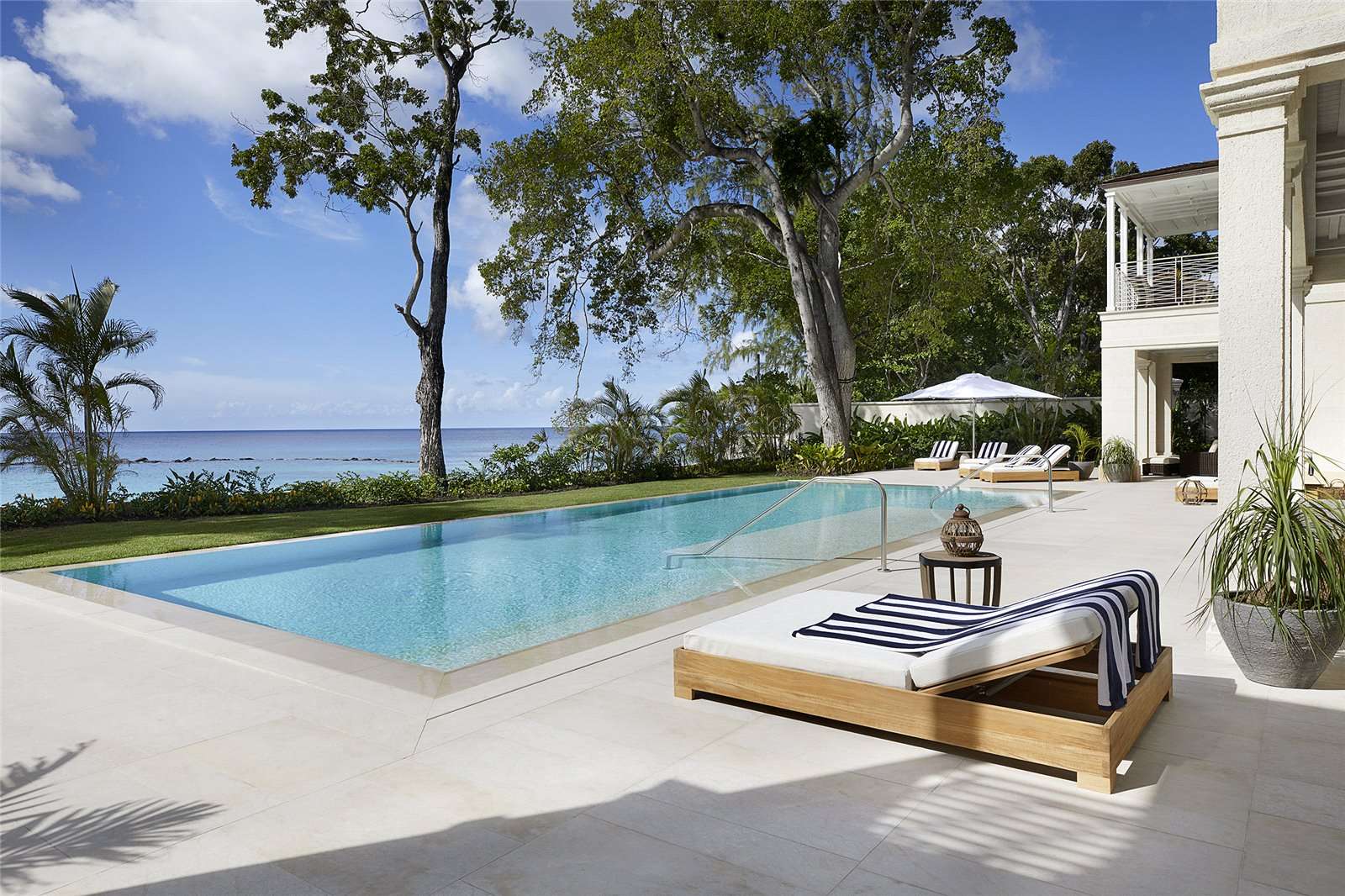 A short flight from Barbados are the lesser-known Grenadines, a string of tiny islands blessed with sugar-sand beaches and unspoiled verdant landscapes. One of the best known of these is Mustique, a private island with a range of wildly eclectic luxury homes that serve as retreats for everyone from rock stars to royalty. This year, Knight Frank feature a couple of very fine original Oliver Messel villas on their books, from $5.95 million.

For an old-school Caribbean setting in the Grenadines, buyers head to Bequia, which already has established developments such as the Baie De Sucre community, where five-bedroom sea-view villa Gingerlily is on the market at $4 million (£3.07m) through Chestertons International.

However, it’s the island’s newest resort, The Liming, which is expected to open it up to a whole new crowd. Billed as a ‘masterclass in barefoot luxury’, the hotel opened in November, promising to combine its idyllic location with six-star amenities; one-bed-room villas start at $500,000 (£384,000) through Savills.

If barefoot isn’t your thing, try heading south-west of the Grenadines to gorgeous Grenada, where the ultra-smart Silversands resort opened this year, offering a handful of exclusive villas set right on Grand Anse Beach – from $5.6 million (£3.84m).

For the most part, British buyers stick to Barbados, St Lucia, Mustique and Antigua, but interest is growing in the more northerly destinations of the Bahamas and Turks and Caicos. According to Knight Frank’s Edward de Mallet Morgan, the Bahamas is rarely beaten on build quality or amenities.

The Albany development on New Providence set the bar pretty high when it launched eight years ago and is still a firm favourite with buyers who love golf, sailing, fitness or simply the chance to enjoy a slice of the good life. A five-bedroom pool villa costs about $6.75 million (£5.18m) through Savills, with smaller properties on the market too such as this at just under $4m. 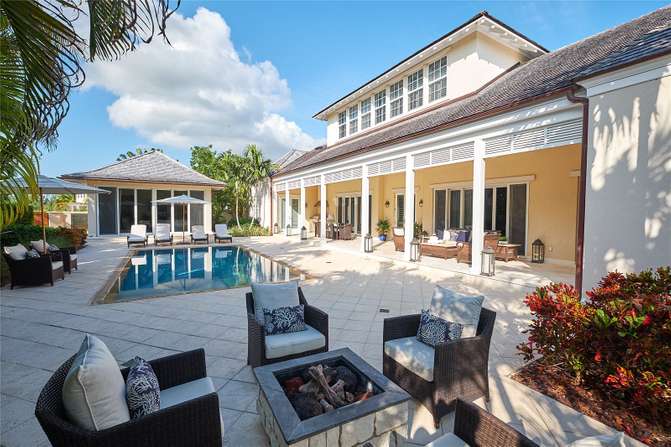 Alternatively, Four Seasons fans might gravitate towards the Ocean Club Residences on Paradise Island, where a jawdropping 7,000sq ft penthouse with a 100ft balcony and private lift will set you back a tidy $10 million (£7.68m) through Damianos Sotheby’s International Realty.

With as many as 700 different islands, cays and tiny islets making up the Bahamas, it’s become a common destination for private-island buyers and Little Pipe Cay in the Exumas is an exceptional example.

Due-south of the Bahamas, Turks and Caicos is a small British Overseas Territory with a growing appeal. ‘We have some of the world’s best beaches as well as luxury and ultra-luxury properties and resorts, plus world-beating watersports and fishing,’ says Nina Siegenthaler of Sotheby’s Realty.

Mr Burdess adds that Savills’s decision to open an office there was driven by high demand for projects such as the islands’ Turks Cay development, which has apartments from about $1 million (£770,000) through Savills – but studios start for less than half that.

Turks and Caicos also have a reputation for privacy, twinned with world-class pampering; luxurious resorts such as COMO Parrot Cay and Amanyara are accustomed to taking in frazzled A-listers from New York looking for serious R&R.

Those who wish to stay a little longer might seize a rare opportunity to buy one of the Amanyara Tranquility Villas, in a magnificent 10,000sq ft complex perfectly placed for enjoying the legendary local sunsets – $6.95 million (£5.34m) through Sotheby’s Realty.

Decisions, decisions - it's a tough life.

A skip and a hop over the sea lies the island of Sark, a gem of a place in the