The history of Belmore House, a moment's stroll from the charming centre of Cowes, is inextricably linked with the world's most famous yacht club.

It’s just over two centuries years since 42 men met at a tavern in London and decided to set up a club to discuss their shared love of yachting. They decided to meet up a few times a year, sometimes in London, sometimes in Cowes, on the Isle of Wight.

The Yacht Club quickly attracted the great and the good: the Prince Regent became a member and gave the club its ‘Royal’ moniker, and the members’ ties to the Royal Navy were so strong from the start that it was rechristened The Royal Yacht Squadron by King William IV. The club essentially invented yacht racing as we know it: Cowes Week, the Round-the-Island Race, even the America’s Cup all came from the club and its members. 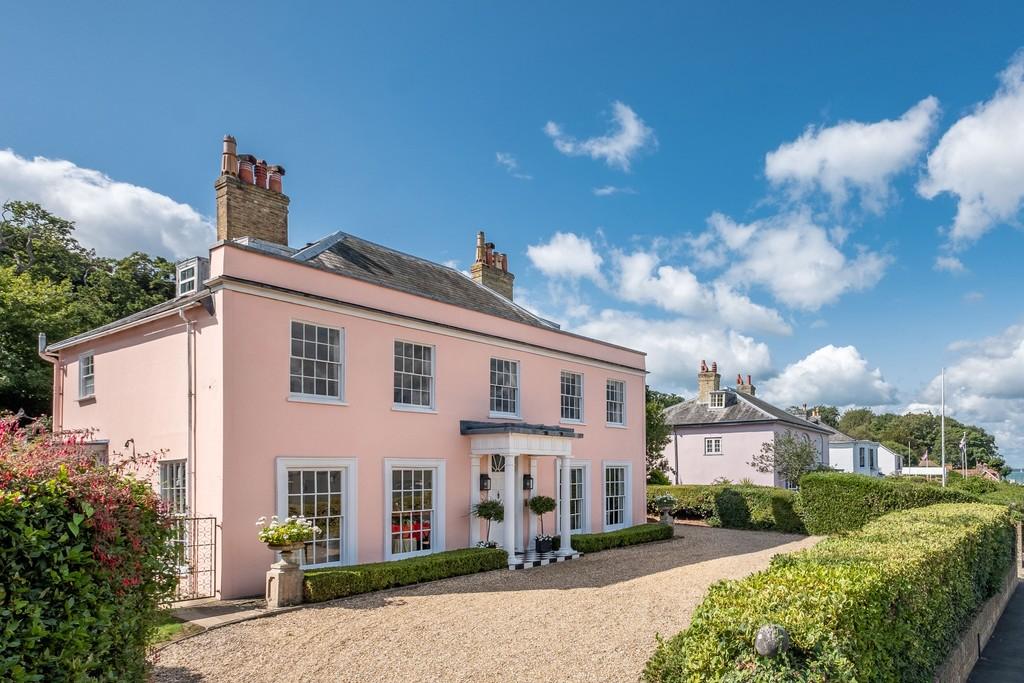 The rise and rise of the town’s most famous yacht club has left its mark on this glorious spot, not least in the number of delightful homes here. And on the market right now — at £2.5m with Spence Willard via OnTheMarket.com — is one of those houses: Belmore House, a strikingly pink seven-bedroom home which was built for one of the club’s founder members, Lord Belmore. 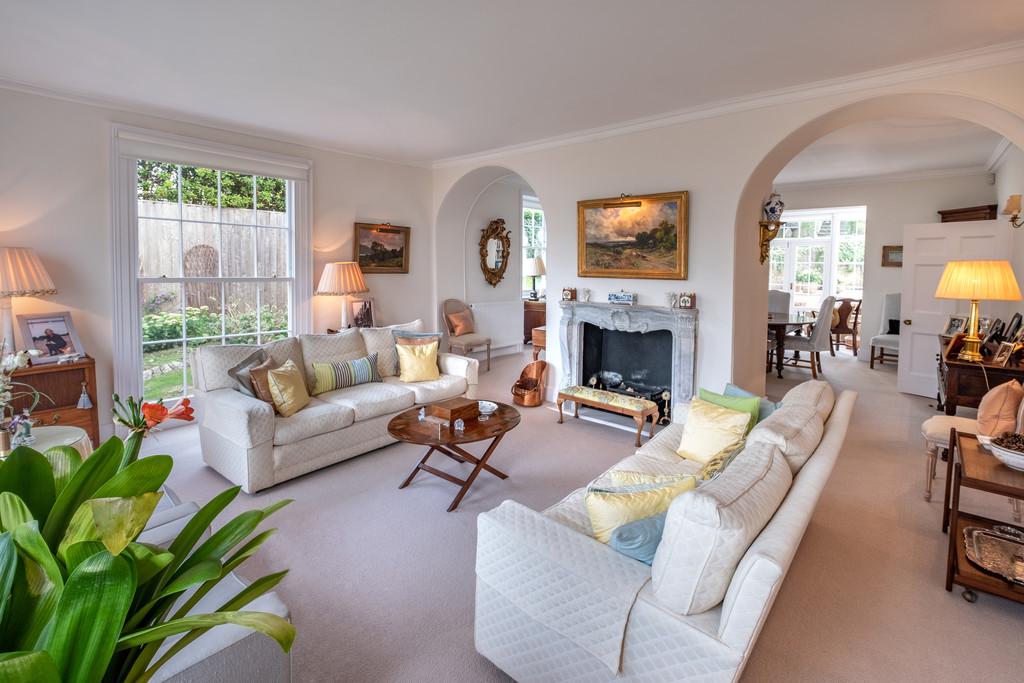 Set over three floors, this is a beautiful home with uninterrupted views over the Solent, situated as it is a couple of hundred yards along the sea front from the RYS itself. 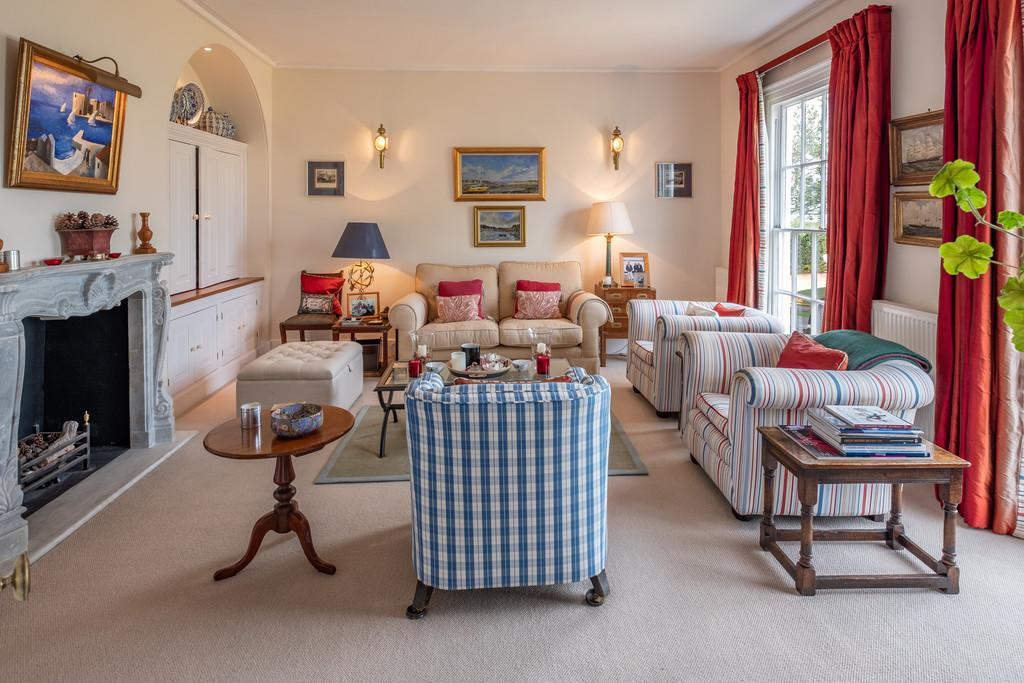 The sitting and drawing rooms both have beautiful sea views, while the fining room has a pair of French doors which open on to the swimming pool and garden. 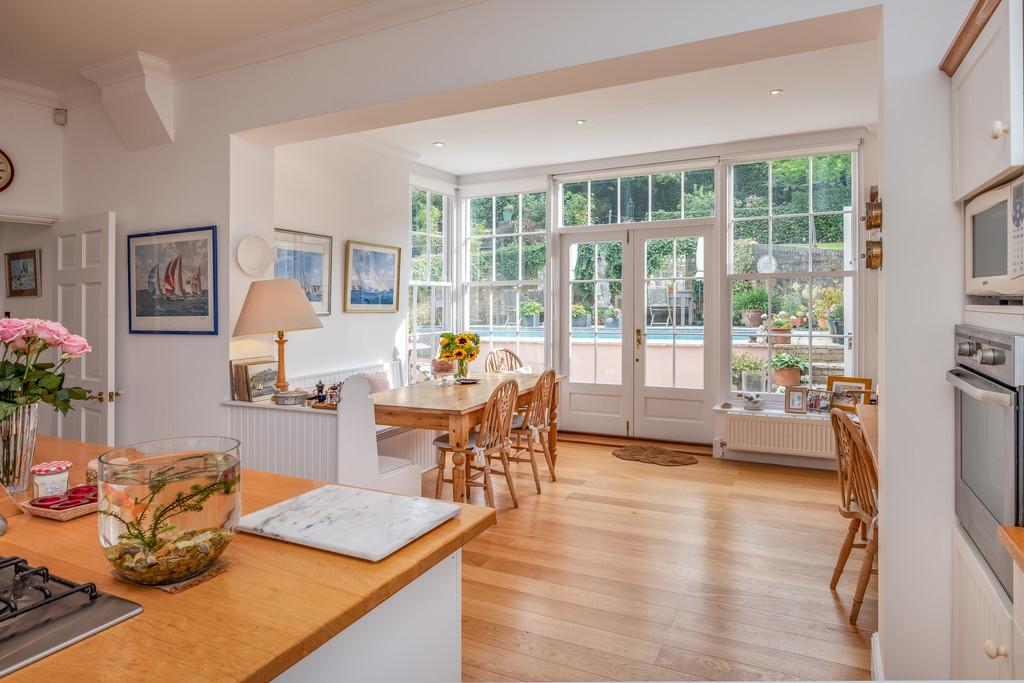 There are four bedrooms on the first floor, including a master bedroom that has an en-suite bathroom and dressing room. 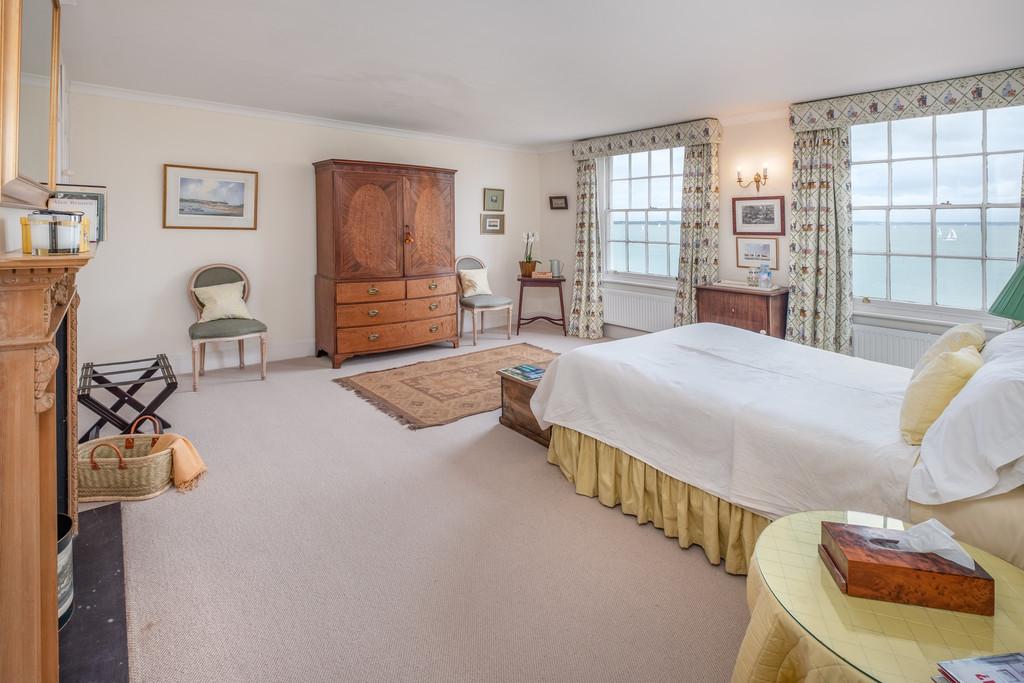 On the top floor there are three more bedrooms, one of which has wonderful views out across the water.

The whole place has been sympathetically restored and updated over the years, and also boasts a wonderful, private garden that has been landscaped into a number of terraces. 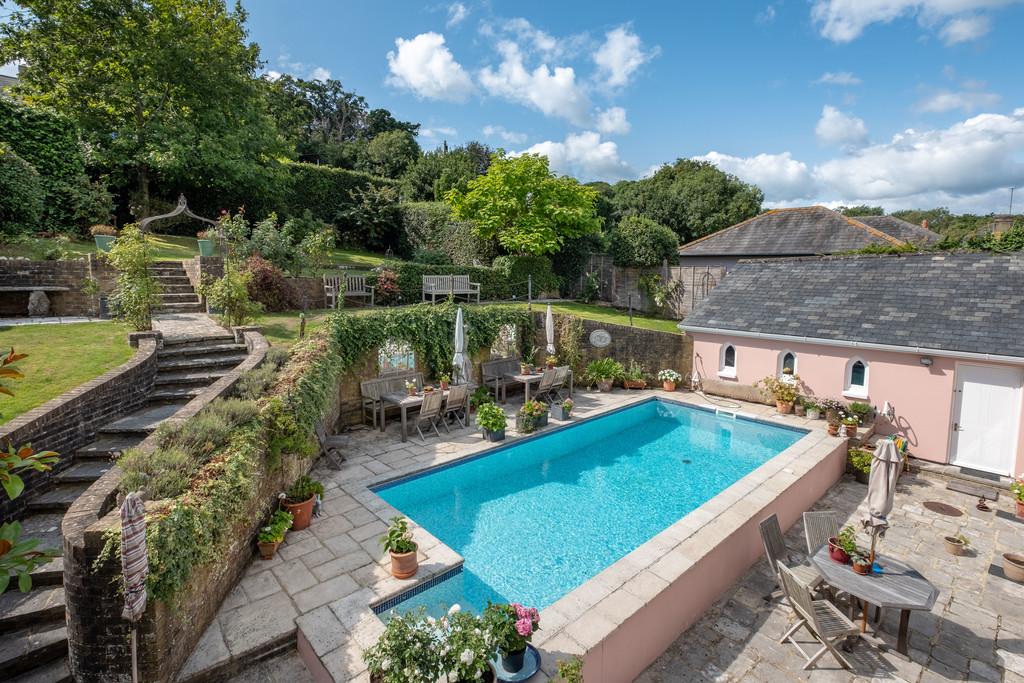 The house itself is lovely, but the location is most likely to be the key attraction for the buyer since this home is just a short stroll from the town’s charming shops and restaurants. It’s also an ideal spot if you need to get back to the mainland on a regular basis: the terminal for the fast passenger service, the RedJet, is walking distance away and can whisk you to Southampton in just over 20 minutes.

Belmore House in Cowes is for sale with Spence Willard via OnTheMarket.com at £2.5 million — see more pictures and images. 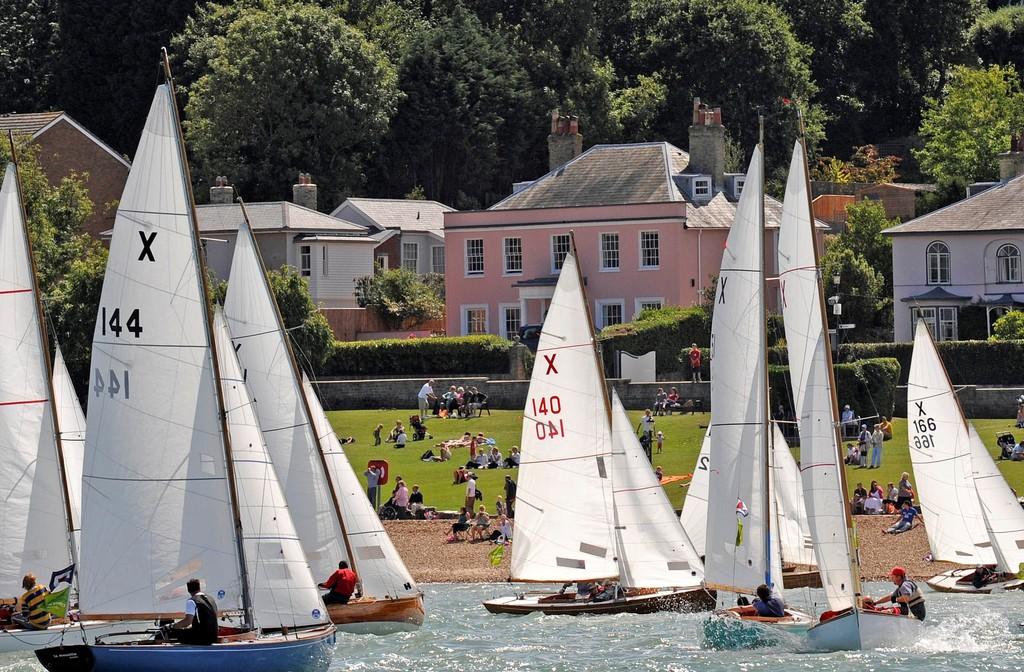