You may recognise the lawns of Harptree Court - they featured in the Great British Bake Off in 2012 and 2013. 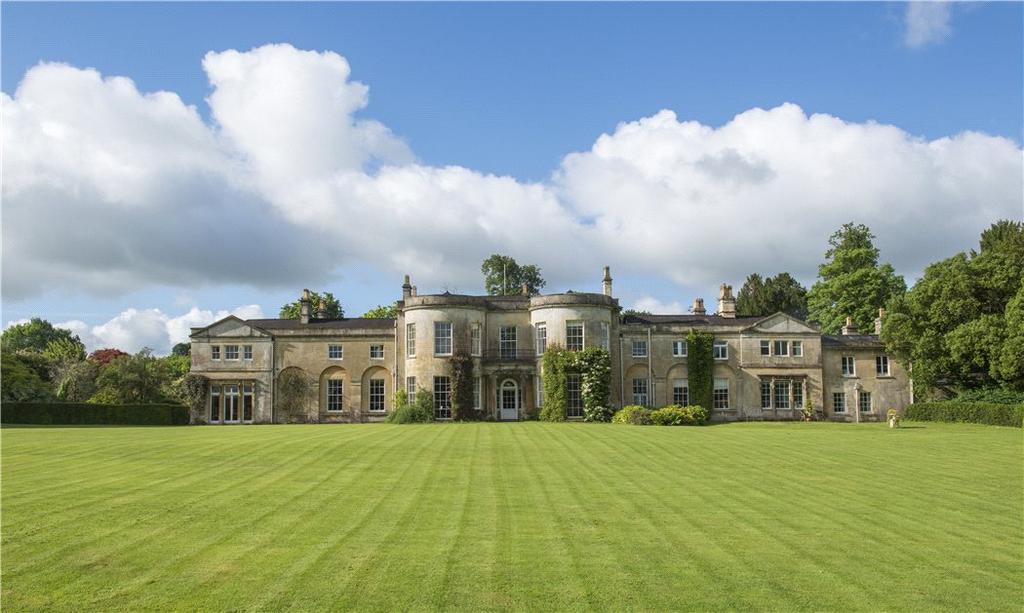 Such a house is Georgian, Grade II-listed Harptree Court at East Harptree, a popular village in Somerset’s beautiful Mendip Hills AONB, nine miles from Wells, 13 miles from Bristol and 16 miles from the UNESCO World Heritage city of Bath. It’s just on the market via Knight Frank with an asking price of £5,000,000. 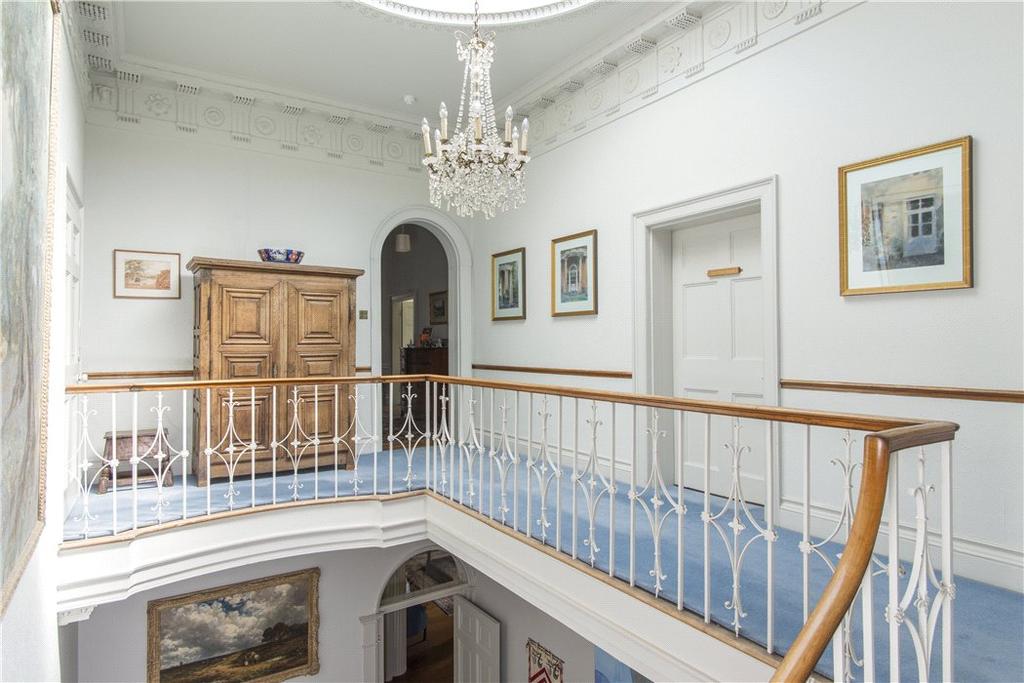 The imposing, classically symmetrical stone house was built in about 1797 for Joshua Scrope to the designs of Charles Harcourt Masters of Bath, who also laid out the grounds.

In 1803, Scrope sold the house to the Waldegrave family, who extended it with the addition of a discreet service wing in about 1820 and sold it in 1858 to a Miss Gurney. 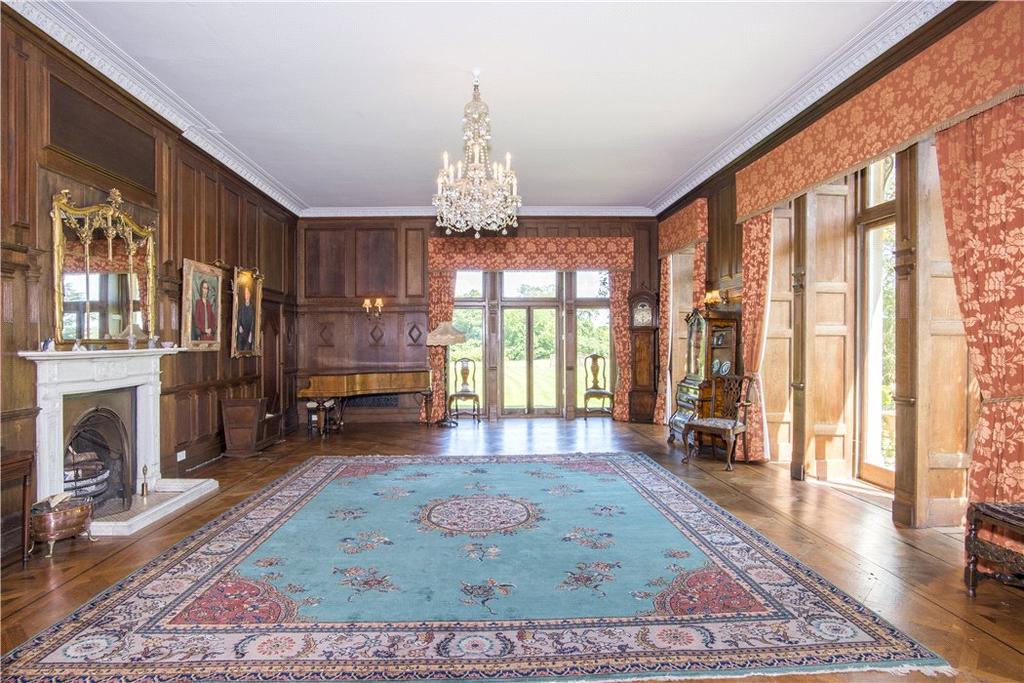 In 1920, Cdr Wildman Kettlewell sold Harptree Court to Charles Hill, the grandfather of the present owner, also Charles, who, with his wife, Linda, raised their children at the house, so that, at one point, three generations were living there. 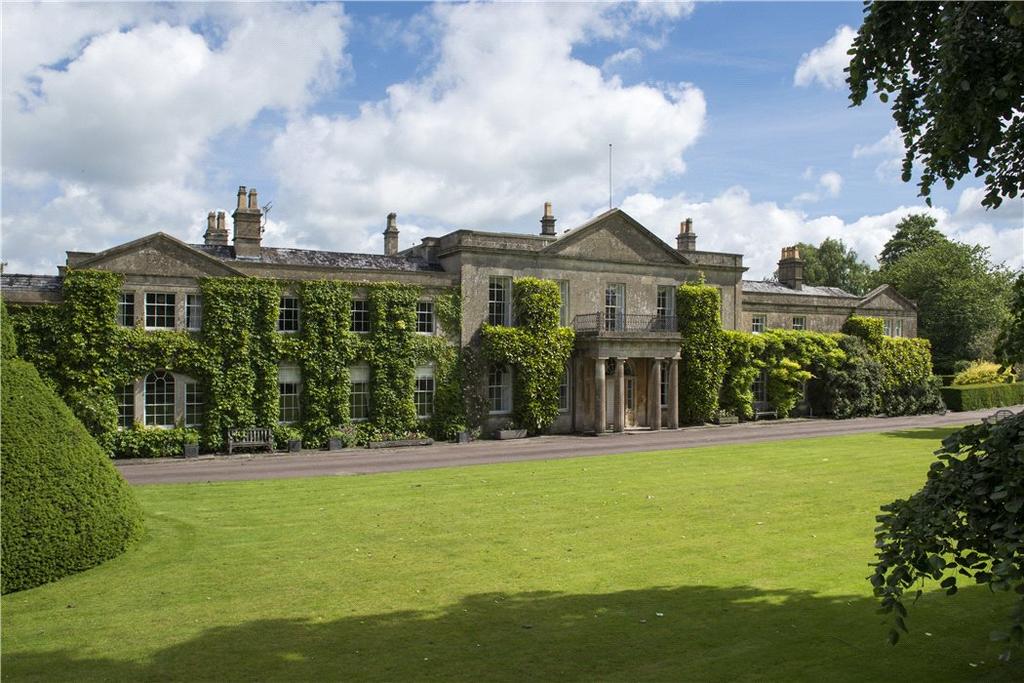 But with their children now grown up, Mr and Mrs Hill have decided to hand over the reins of their much-loved family home, which they have run as a successful, super-luxury B&B in recent years. One of the spaces they have let out is a luxury treehouse within the grounds, something which has apparently been let out almost solidly year-round for some time. 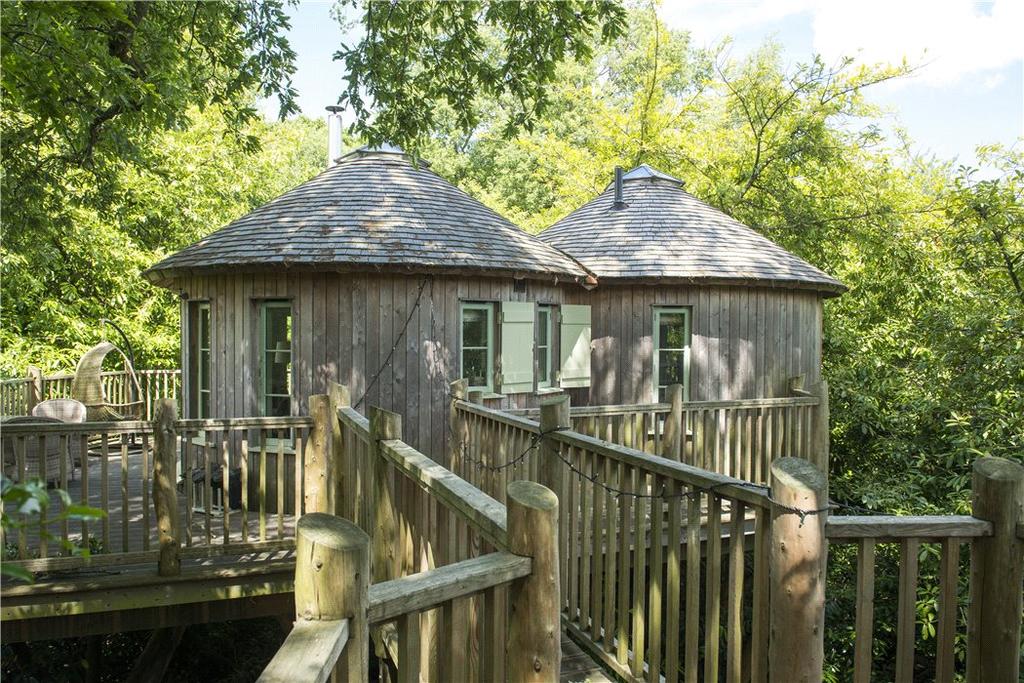 The main house itself is a wonderfully unaltered Georgian country house, set in the middle of its 52-acre, ring-fenced estate, with far-reaching views over its parkland towards Somerset’s famously picturesque Chew Valley. 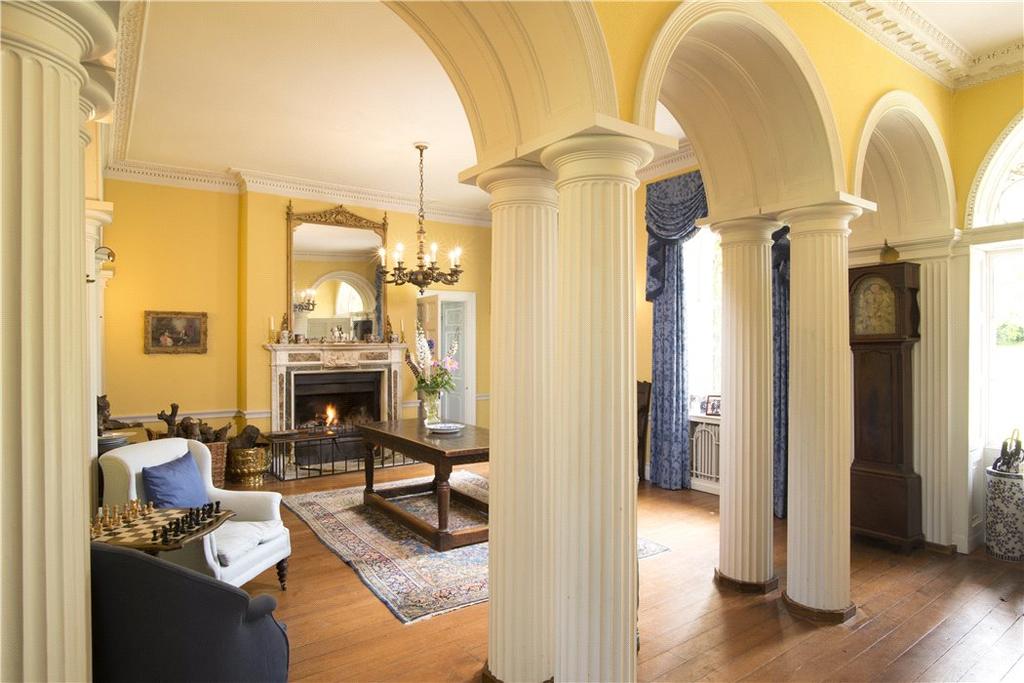 The house stands in magnificent mature gardens and grounds, established by many generations of careful owners. The lower drive sweeps through woodland past a series of spring-fed lakes and over an ornamental bridge, with tantalising glimpses of the house visible throughout.

The upper drive, flanked by fields and lined with lime and chestnut trees, has views over Chew Valley Lake. 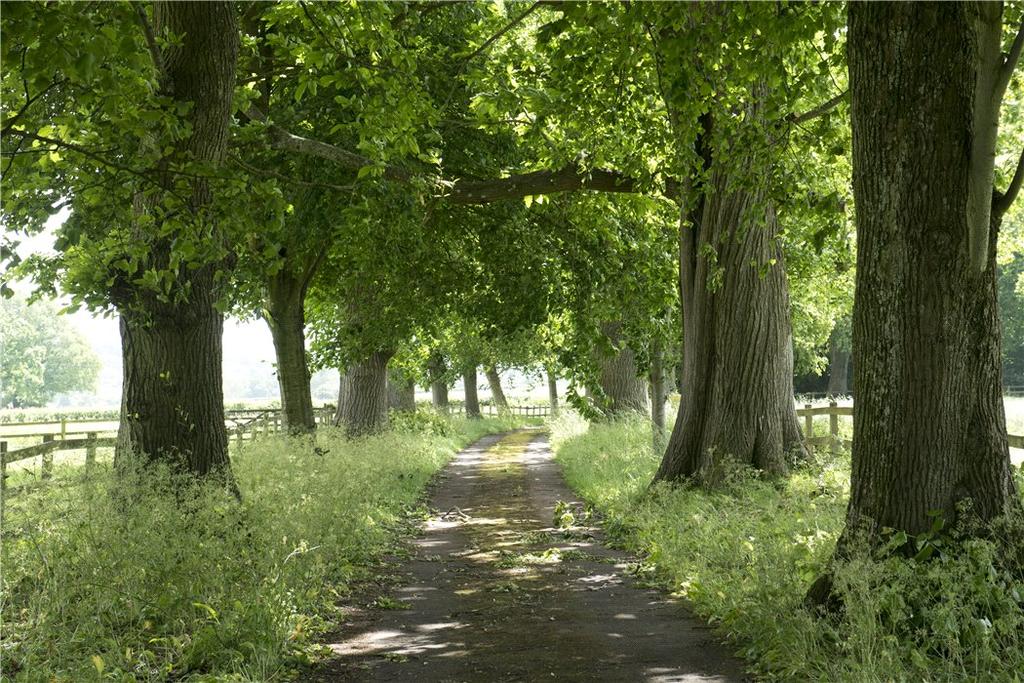 Both driveways arrive at the south lawn to the front of the house, which stands against a backdrop of spectacular specimen trees, paved gardens and a lily pond and, to the east of the house, the original walled garden – almost two acres in size – is bordered by deep beds with an array of perennial and seasonal flowers and shrubs. 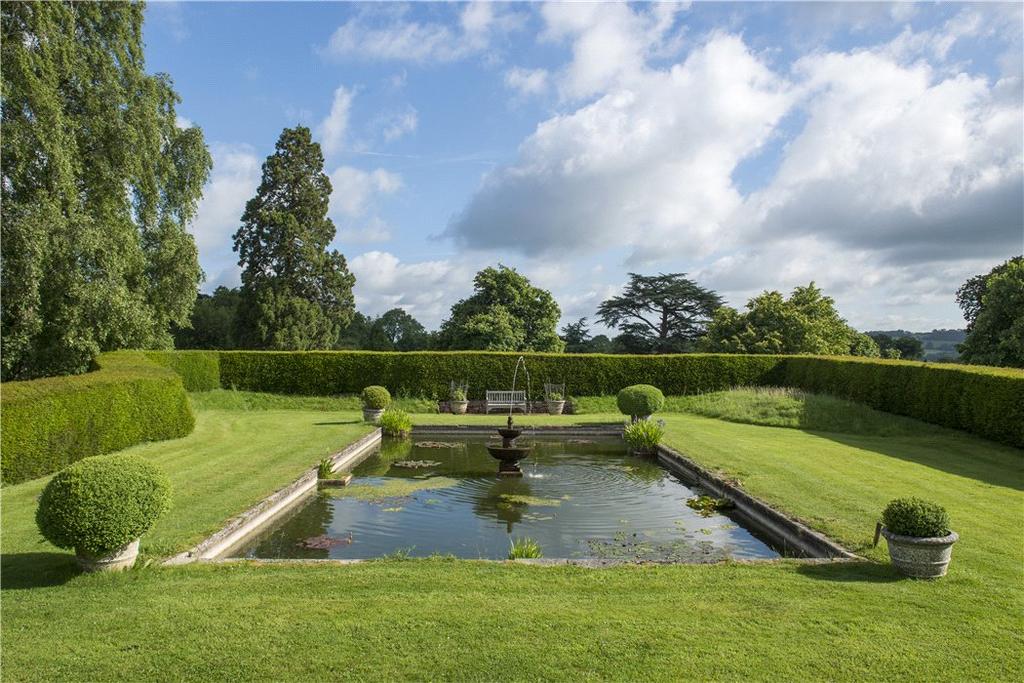 The timeless beauty of Harptree Court is there for all to see, but there is also much for an enterprising new owner to get his or her teeth into, given the huge development potential offered by the various farm buildings and the Victorian stable yard, all of which are currently ‘in need of some refurbishment’, the agents say. 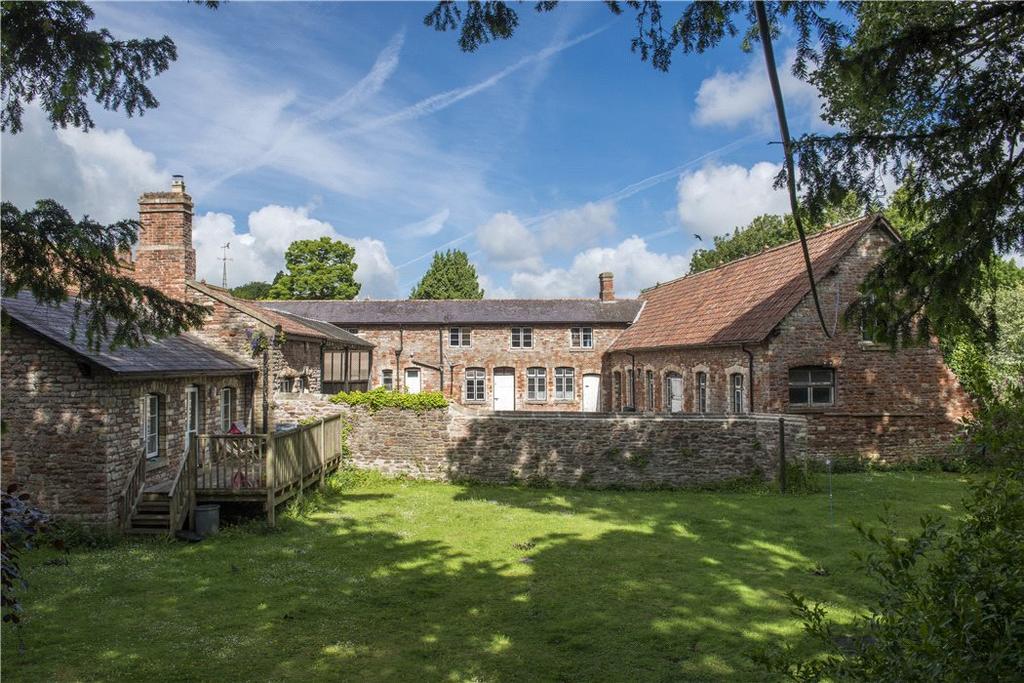 Harptree Court is on the market with Knight Frank at a guide price of £5m – see more pictures and details.

The Old Vicarage at Sedgeford is constructed of shale Carrstone using a labour-intensive technique.