Built by a Bruce as a country house for entertaining, Auchenbowie House has passed through Scotland's great families – and entertained some of Britain's greatest men.

Some houses aren’t just good for entertaining; they’re made for it. That’s the thought that kept running through our minds on taking a closer look at this grand country pile in Scotland, whose every facet seems designed for superb weekends spent with a good group of friends.

It was just such things that were on the mind of Robert Bruce – a descendant of The Bruce himself – in 1555 when the laird, then Provost of Stirling, bought a stretch of land just south of the city with the intention of building himself a fine new home. The building he created was Auchenbowie House. 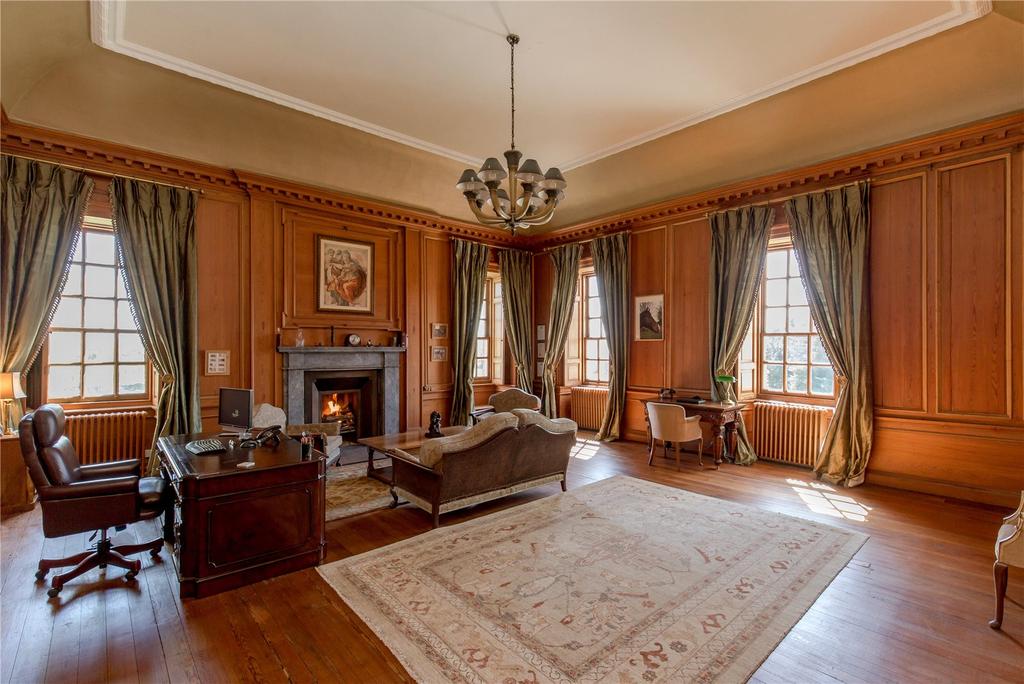 In the intervening four centuries there has been plenty of change at this Bruce family seat,  including extensive remodelling in both the 18th and 19th centuries. Yet the original L-shaped plan remains essentially intact, and it is now – as then – a grand house perfectly-designed for entertaining.

An illustrious guest list reflects this. Robert Burns came to stay in 1787, and recorded the occasion in his journal. His host at the time was a Munro, incidentally, with the Bruces having lost the place after one of them was forced to flee the country after killing a man in a duel. Visits by the great and the good continued, and Winston Churchill is also said to have been a house guest.

There are nine bedrooms to put those guests up in, and five reception rooms in which to entertain them – one is used as a delightful billiard room, while another is presently set up as the grandest home office we’ve seen for some time. 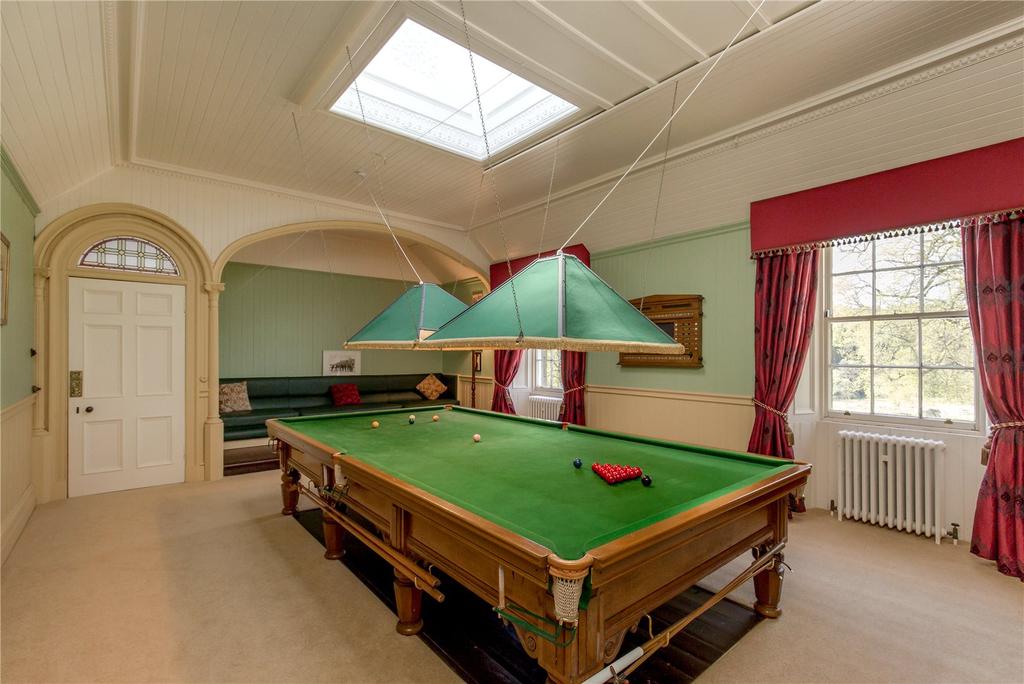 There are lovely period details throughout, from wood-panelled rooms, huge windows, a vaulted dining room and a staircase which sweeps up from a parquet-floored hallway to the first, second and third floors above. 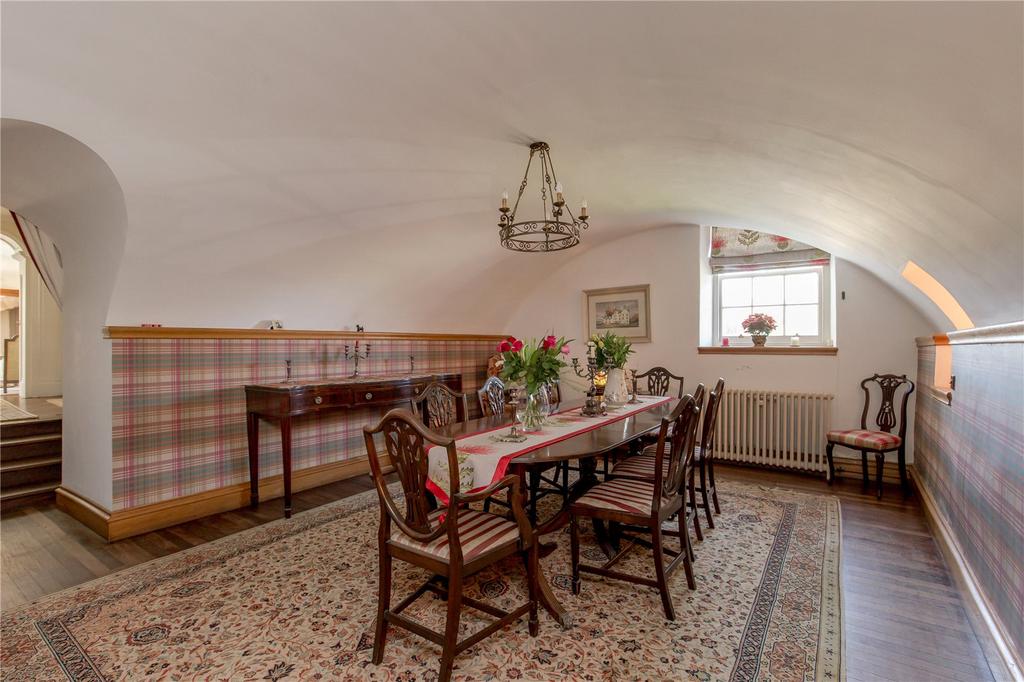 Outside, the highlights are the immaculate stables and all-weather manège, tennis courts and just under 100 acres of grounds and woodland with gloriously open views across Stirlingshire. 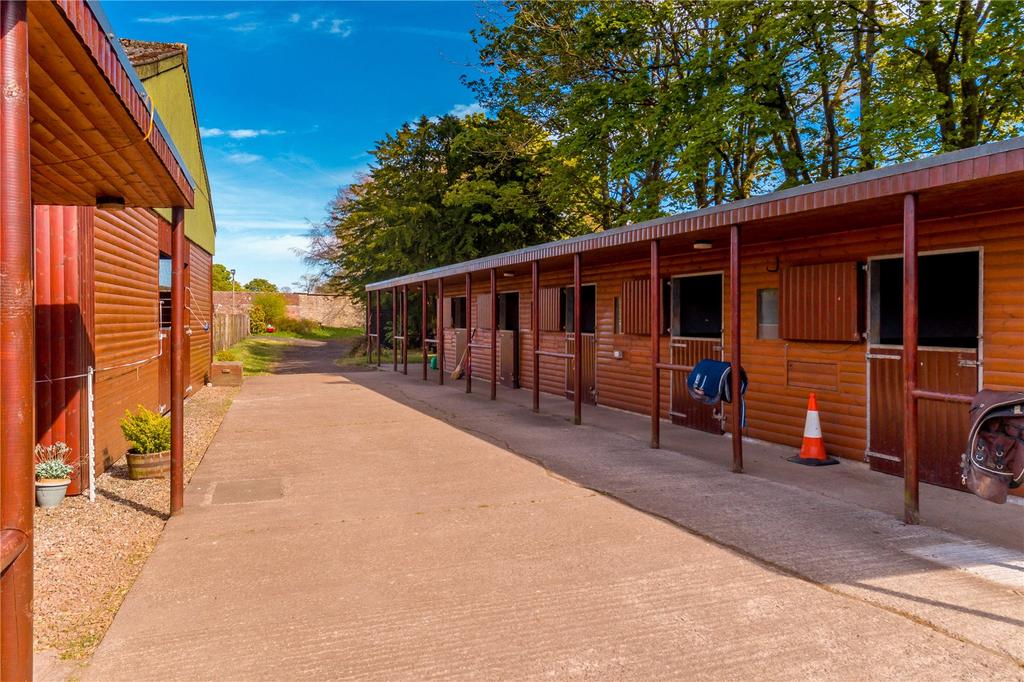 For those keen to find even more outdoor entertainment there is peerless golf not far away at Gleneagles, while to the west are Loch Lomond and the Trossachs for enthusiasts of climbing, hill walking, watersports, fishing, shooting and stalking.

Auchenbowie House is for sale via Savills at £1.825 million – see more pictures and details. 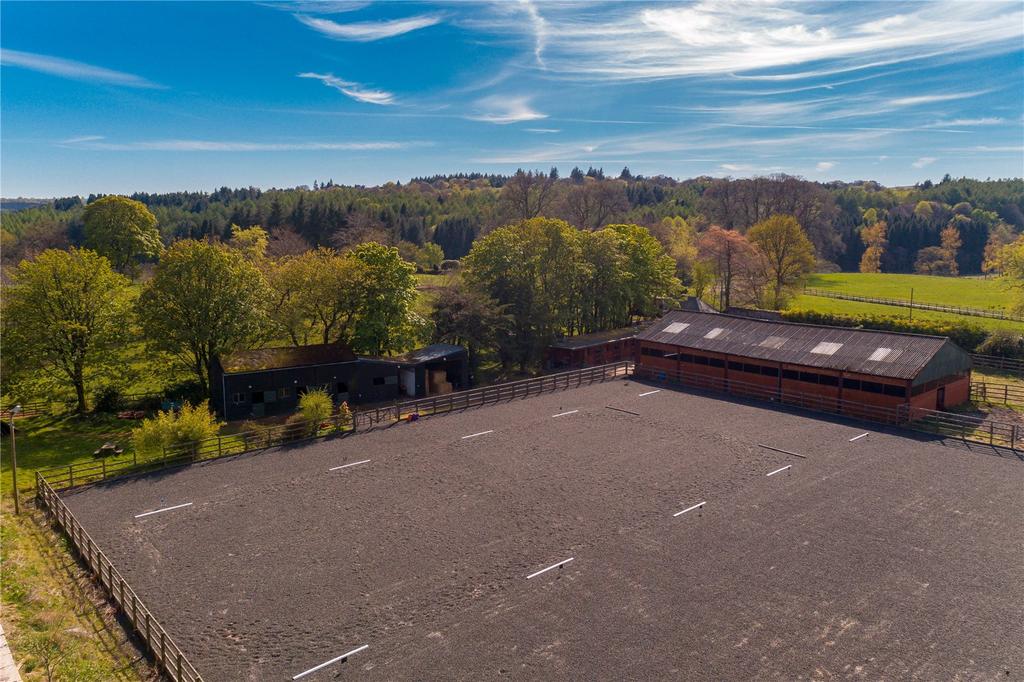 Auchenbowie House has a vast all-weather manège and a smaller one under cover, which you can see towards the right of this picture.

This ten-bedroom country house lies in the Hampshire village of Droxford, one of the locations in the build-up to the